SBS’s “My Strange Hero” has piqued viewers’ curiosity with its latest stills!

“My Strange Hero” is a new romantic comedy drama starring Yoo Seung Ho as Kang Bok Soo, a boy who is expelled from school after being falsely accused of violence against other students. Years later, Kang Bok Soo returns to the same high school in order to take his revenge, but instead finds himself swept up in a new series of unexpected incidents.

Jo Bo Ah stars in the drama as Son Soo Jung, Kang Bok Soo’s former classmate and first love, who has also returned to the school as a teacher. Although the two high school sweethearts were once in love with each other, an unfortunate misunderstanding has since caused them to grow apart.

The latest episode of “My Strange Hero” ended on a cliffhanger, with Kang Bok Soo leading Son Soo Jung to the school’s rooftop and unexpectedly finding his former classmate and romantic rival Oh Se Ho (played by Kwak Dong Yeon) waiting for them.

On December 18, the drama revealed new stills of Yoo Seung Ho and Jo Bo Ah from its upcoming episode. After running into Son Soo Jung in the school’s administrative office, Kang Bok Soo hears someone enter and quickly pulls Son Soo Jung out of view, covering her mouth with one hand so that they won’t be found.

The newly released photos show Kang Bok Soo holding Son Soo Jung tightly as they hide together, raising the question of whose gaze it is that he so desperately hopes to avoid. 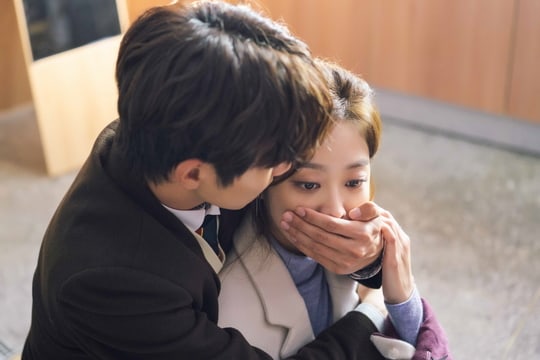 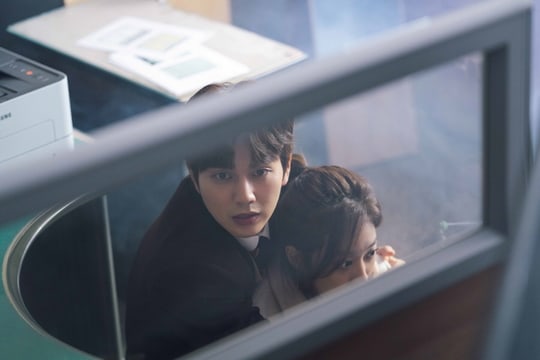 According to the drama’s production crew, Yoo Seung Ho and Jo Bo Ah were incredibly thorough in their rehearsal of the scene, carefully planning out each and every detail of the moment when Kang Bok Soo embraces Son Soo Jung from behind. They reportedly even made some staff members envious by running through their lines while holding each other and adorably reading from the same script.

The producers of “My Strange Hero” commented, “On the last episode, after Yoo Seung Ho returned to Seolsong High School and reunited with Jo Bo Ah, the conflict between the two intensified. In order to find out whether Kang Bok Soo and Son Soo Jung can resolve the misunderstandings of nine years ago and rediscover their first love for the first time in nine years, please tune in to tonight’s broadcast at 10 p.m. [KST].” 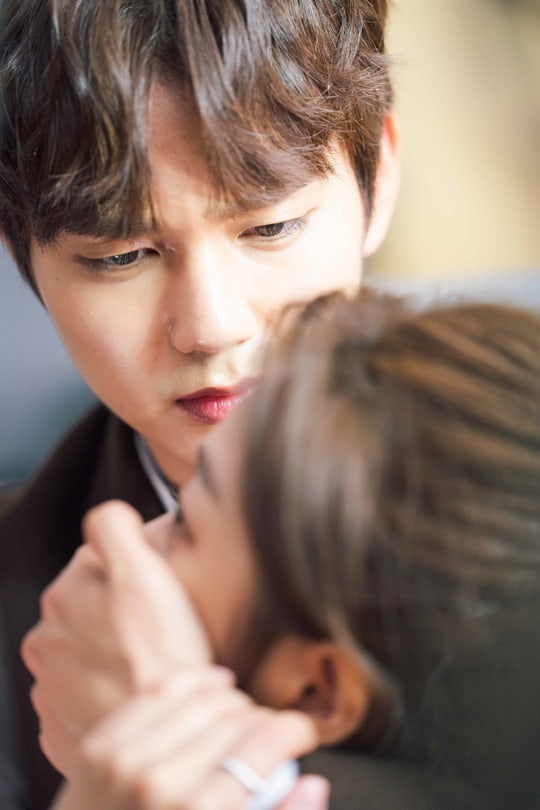 In the meantime, catch up on the latest episode below!