On December 19, the romance drama released new photos of its two leads spending some quality time together at home. Although the stills show Kim Jin Hyuk (played by Park Bo Gum) visiting Cha Soo Hyun (played by Song Hye Kyo) at home for the very first time, they both look completely relaxed and comfortable around one another, gazing happily into each other’s eyes and posing for a cute selfie together.

Notably, the scene gives Kim Jin Hyuk and Cha Soo Hyun the rare opportunity to be completely alone, with no one else in sight. So far, the two lovers have always had to worry about the inquisitive gaze of others, but their date at home allows them to focus solely on each other. 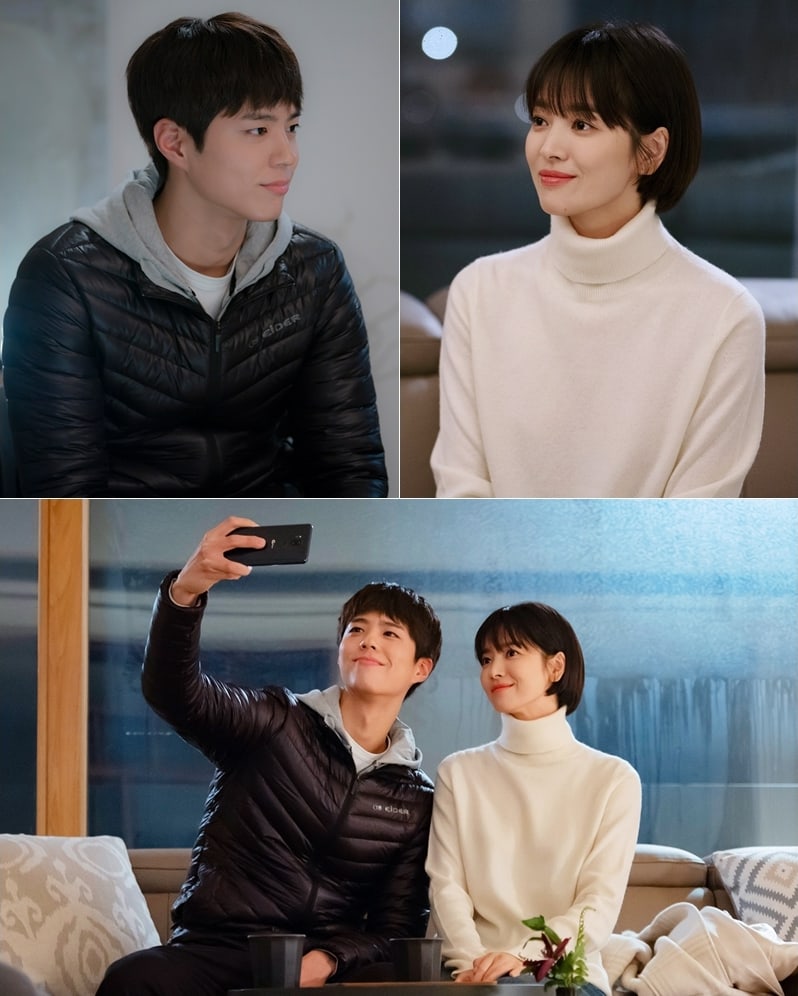 On the previous episode of “Encounter,” Cha Soo Hyun shocked everyone around her by publicly announcing that she was romantically involved with Kim Jin Hyuk, in order to defend him from accusations of stalking.

The producers of “Encounter” commented, “[Cha Soo Hyun] took the difficult first step of publicly acknowledging their relationship, but there are countless obstacles lying in wait for Soo Hyun and Jin Hyuk’s love. To find out how Soo Hyun and Jin Hyuk, who have taken each other’s hands, will be able to move forward and overcome these obstacles, please tune in to ‘Encounter.'”