On the December 19 episode of KBS Cool FM’s radio show “Moon Hee Jun’s Music Show,” EXO’s Kai appeared as a guest and chatted about happiness, his pride in fans, his viral fan cam, and more.

Host Moon Hee Jun commented on how Kai is well known for his dancing skills, and asked if he still practices dancing. Kai confirmed that he always does. “I do it because I enjoy it, more so than trying to improve,” he explained. Moon Hee Jun asked him if he practices dances outside of the choreography for the songs he’s promoting, and Kai smiled and said he does.

“You really love dancing,” said Moon Hee Jun. Kai laughed and said, “I’ve been doing it for so long.” He added that he’s the happiest when he’s dancing, and when asked when it’s difficult to dance, Kai said he doesn’t like dancing on rainy days or in the morning, but that he still enjoys it all.

Moon Hee Jun shared that before the show, Kai had said that he feels the happiest right now. Kai commented, “I’ve been happy since we debuted of course, since I’m doing something I want to do.” He explained that he thinks he’s matured lately and has more opportunities to do what he wants to do. “Also I’m really happy when I spend time with my members,” he added, and said they all get along really well. 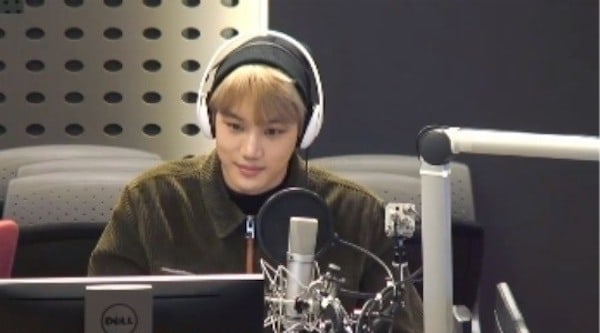 Another topic brought up during the show was the viral fan cam of Kai performing “Tempo” which Moon Hee Jun told him had reached 1.18 million views on one site. Moon Hee Jun talked about how people have been commenting on how well he dances, and Kai laughed and said, “It makes me feel good when I’m complimented, and also makes me think I need to work harder.” He added that he realized that when he’s happy while doing something, it makes people watching him feel happier too.

Moon Hee Jun asked Kai how he reacts when he watches himself. Kai said, “I’m always embarrassed! I only see the disappointing parts. Actually, I watched the video before it went viral, and I just saw things that were disappointing. That’s what I thought about it, but many people liked it.” He said with a big laugh, “I thought, ‘If I fix those things when I perform this next time, maybe it will get to 2 million views.'” He added, “That’s a joke!”

Moon Hee Jun later clarified that a fan had commented to say that when the views on all social media sites are combined, the video had reached over 3 million views. 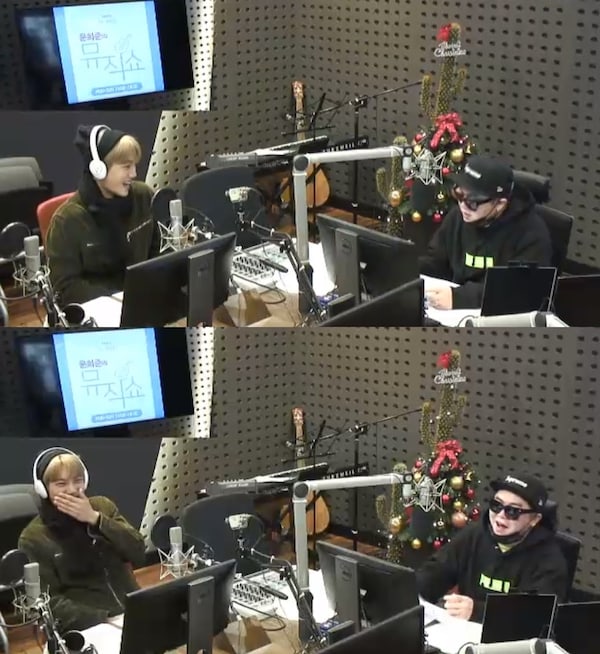 When asked what the most memorable moment was out of his busy year, Kai replied that while everything was memorable for him, their group promotions make him happy. “When I meet our fans with my members with a new album and new performance, I’m so happy,” he said. He also said that one memory of his individual activities from 2018 that stood out to him was going to Paris, where he got to see Gucci’s fashion show and also the Eiffel Tower.

Kai was also told by Moon Hee Jun that Chinese fans are working on building a charity school in his name for his birthday next year. Kai gasped when he heard this, as he hadn’t known before. “Wow, that’s so great!” he said. “Thank you so much. I love this kind of thing.” He said that he’s proud of his fans for spreading happiness to others.

A fan commented to ask if Kai has any thoughts about releasing a solo album, and Kai replied, “Of course, yes.” When asked for concrete plans, Kai said, “That’s a secret!”

EXO made a comeback last week with “Love Shot,” the repackaged version of their album “Don’t Mess Up My Tempo.”