Watch: EXO’s Chanyeol And Kai Bring Christmas Magic And Fun To Naeun And Geonhoo In “The Return Of Superman” Preview

“The Return of Superman” has shared a fun preview for next week’s episode, featuring EXO’s Kai and Chanyeol!

The pair had the chance to visit with soccer player Park Joo Ho’s children Naeun and Geonhoo for the show. In the new teaser, the children are first shown entering a photography studio that’s all decorated for Christmas, and they both marvel at the giant snowman and tree. Naeun even loves the snowman so much she gives it a hug.

The tree and snowman then begin to move and the snowman says “Hello!” Although Geonhoo loses his balance and falls over, Naeun calmly says hello to the snowman before asking the tree, “Who are you?”

It turns out that Kai is inside the tree, and Chanyeol was hiding in the snowman costume! 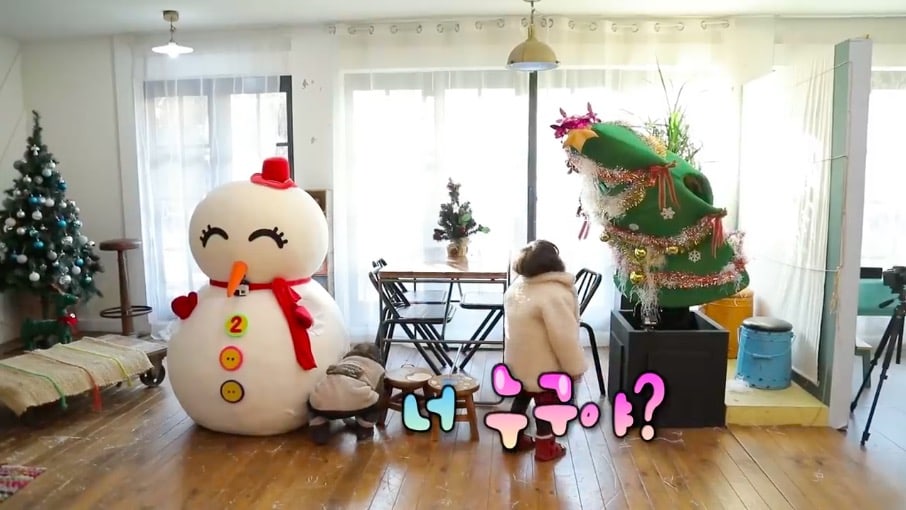 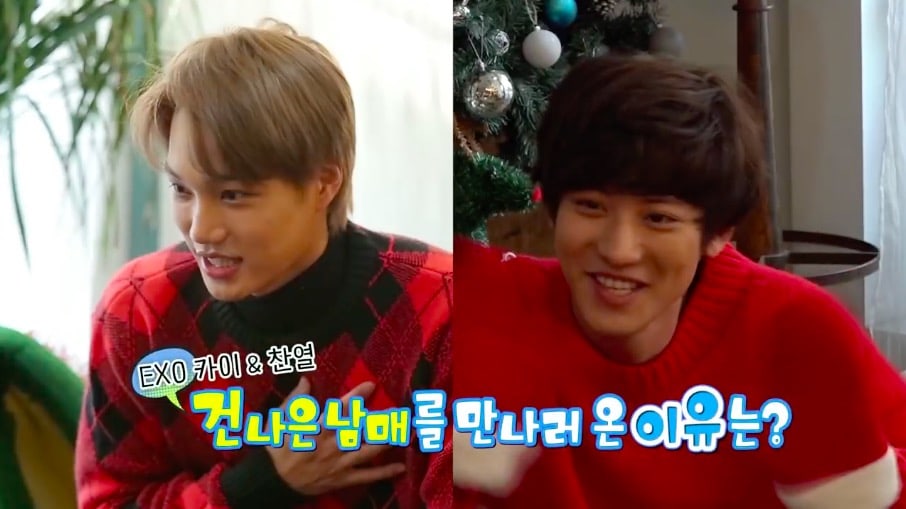 After they take off their costumes and introduce themselves to the kids, they take photos with them as Christmas postcards for charity. Kai also shows them a hip hop version of a dance for the famous “Three Bears” song, and the children happily dance along when Chanyeol plays the guitar.

Later on, Kai is carrying Naeun on his shoulders when she says “Please come over to our house to play!” Kai asks her where their house is, and she tells him they live in Ulsan — a city on the southeastern side of South Korea, the opposite side of the country from Seoul. Kai laughs and says, “Got it.”

EXO
The Return of Superman
Kai
Chanyeol
How does this article make you feel?