Jeon Hye Bin brought up an embarrassing moment from the past.

The guests took turns bringing up embarrassing moments from their pasts. When it was Jeon Hye Bin’s turn, the other guests commented that they didn’t think she had any.

MC Yoo Jae Suk, however, revealed that when the show’s writers told Jeon Hye Bin they would look for one during the pre-interview, she quickly suggested two of her embarrassing moments for them.

Jeon Hye Bin explained, “There are many, but this is a famous one. This happened in 2005 at the Korean Film Awards.” Everyone then watched the video of Chae Yeon and Jeon Hye Bin’s performance at the awards show.

In the clip, Jeon Hye Bin walked towards the actors seated in the audience during her performance. She sat between actors Park Hae Il and Cho Seung Woo, danced in front of them, put her arms around the two actors, and got up before planting a kiss on Park Hae Il’s cheek. 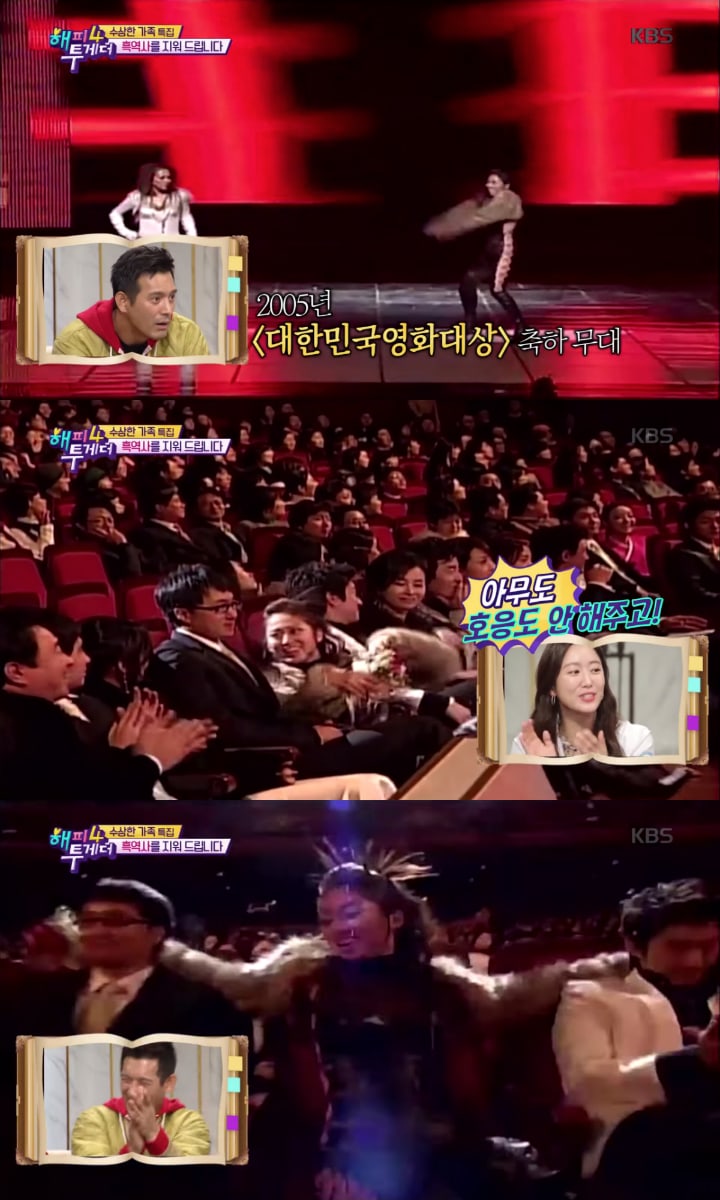 While watching at the studio, Jeon Hye Bin commented, “No one was cheering. Look at their facial expressions. That was in 2005. If it was 2018, everyone would’ve gotten up and danced.”

She continued, “At the time, Chae Yeon and I were in a rival position. We were close in real life and didn’t think that way ourselves, but our stylists, hair, and makeup artists competed against each other. They’d say, ‘We’ll do a black [outfit]. You guys do white.’ The stylists began competing and tried to outdo one another.”

Jeon Hye Bin added, “We were both excessive. The hair, makeup, outfits, all of it was excessive.” Yoo Jae Suk commented, “The performance was a battle format, but instead of being enjoyable, it looks uncomfortable.” Agreeing with him, Jeon Hye Bin said, “It was so uncomfortable.”

When asked who won the battle, she replied, “It wasn’t a battle. The two of us were supposed to come out and I would dance once, Chae Yeon would dance once, then we would go down to the audience to dance. We’re really close in real life.”

MC Jo Yoon Hee asked Jeon Hye Bin what she would do if she received the offer do this performance again. “I want to do it again,” answered Jeon Hye Bin. “Didn’t Chae Yeon appear [on the show] recently? We should do a revenge match and wear the same outfits from that time.” 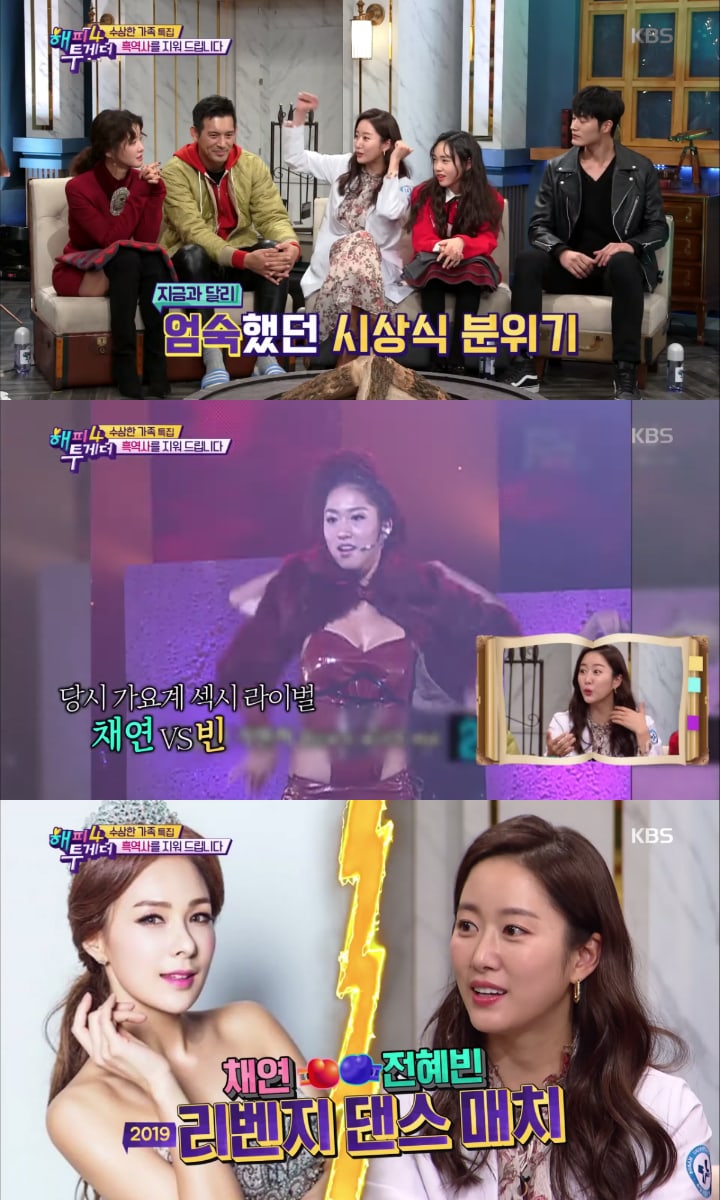 Chae Yeon
Happy Together
Jeon Hye Bin
How does this article make you feel?