“Arthdal Chronicles” is a fantasy drama that takes place in the mythical city of Arthdal, which is said to have been the capital city of the Gojoseon kingdom. It will address the love, conflict, and harmony between the residents of Arthdal as the city grows and gives birth to a hero.

On December 5, the production team and the legendary cast lineup including Song Joong Ki, Jang Dong Gun, Kim Ji Won, Kim Ok Bin, Kim Eui Sung, and Park Hae Joon gathered for the opening ceremony of the drama. At the scene, they celebrated the completion of set construction that took place over the course of eight months and wished for a safe start to filming. 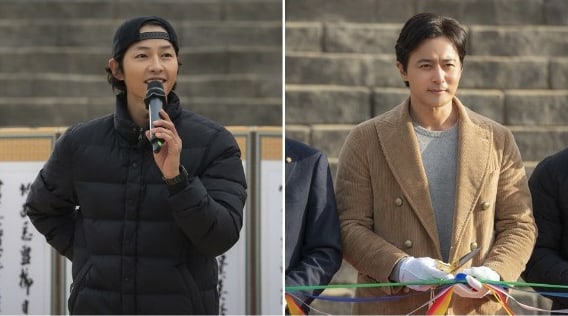 Song Joong Ki said, “As many of you helped with building the set and many other things for the drama, I will prepare well with other staff, actors, and our director. I will pour all my passion and time into making the best drama.”

Jang Dong Gun added, “I’m proud to be able to work together with the best director, writer, staff members, and actors of our time to open up a new genre of Korean dramas. It will be a long process, but I hope that no one gets hurt and everyone finishes the journey until the end together.” 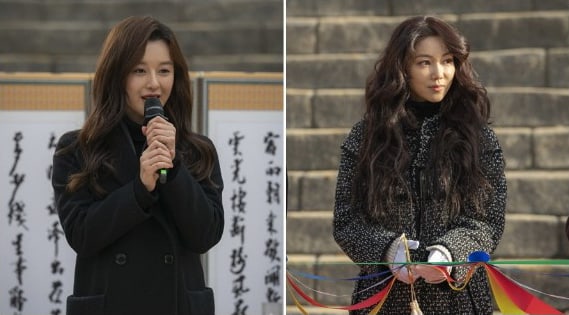 Kim Ji Won commented, “I’m excited to begin filming in this amazing set with great co-stars, our director, and staff members. I hope that filming goes well and everyone stays safe.”

Kim Ok Bin concluded, “I’m thankful and honored that I could join this attractive drama. I will try my best so that even after the end, we will want to hold onto our friendship.” 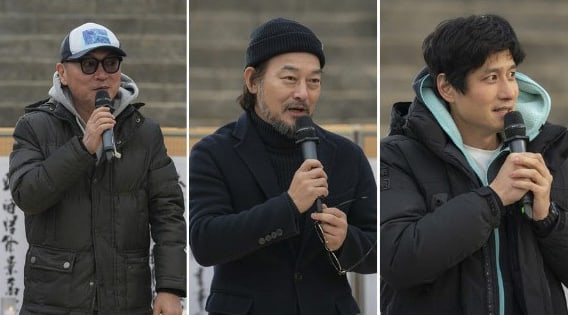 In the end, the production team said, “For the past 20 years, Korean viewers enjoyed various fantasy works that were set in mythical time periods. However, none of these were from Korea. We believe that it is time for Korean viewers to see an ancient story featuring our people as the main characters. Please look forward to our drama, which will air in 2019.”

How excited are you for this new fantasy?