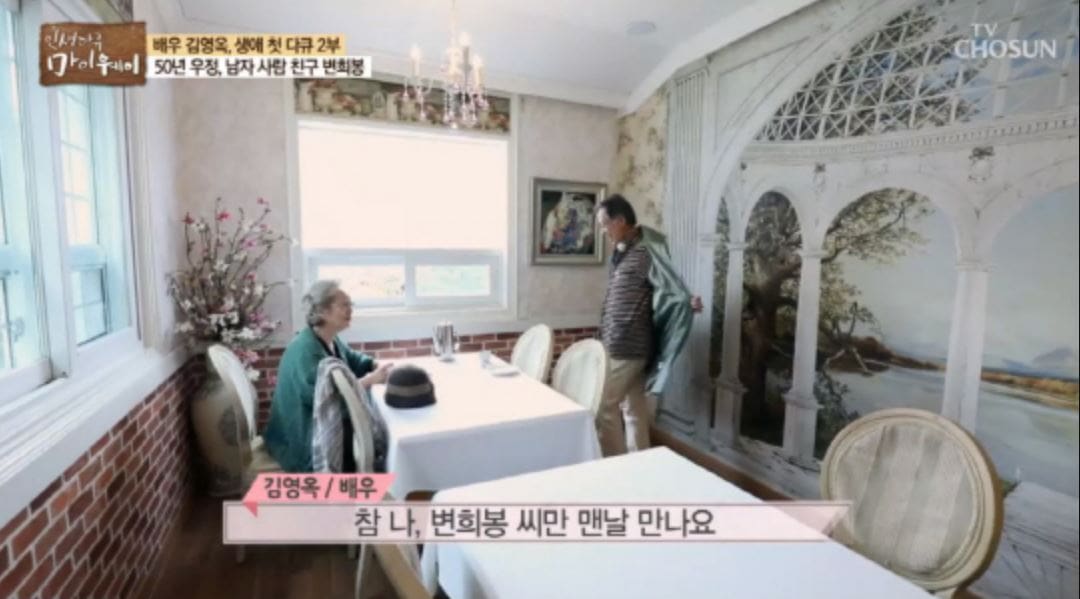 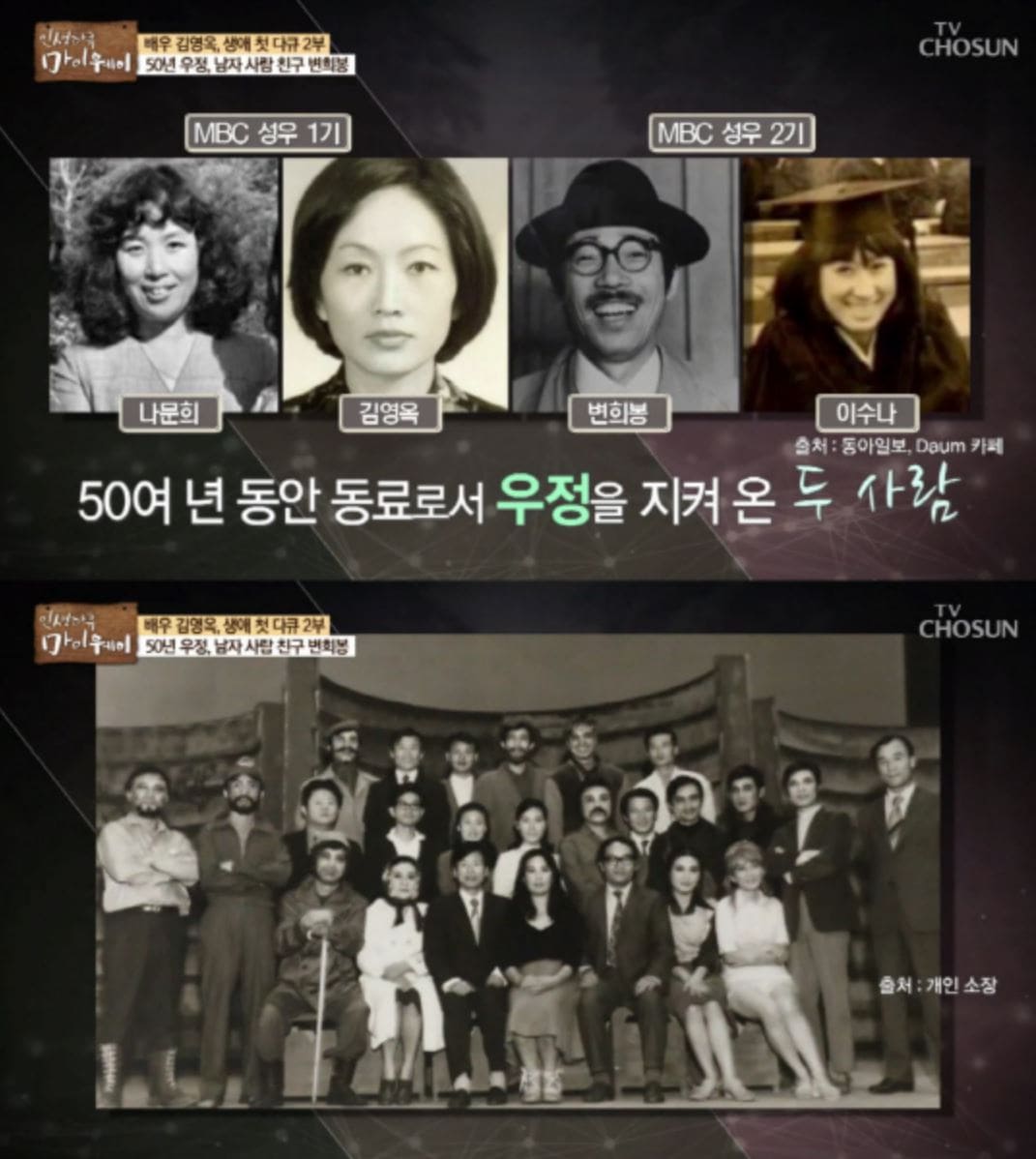 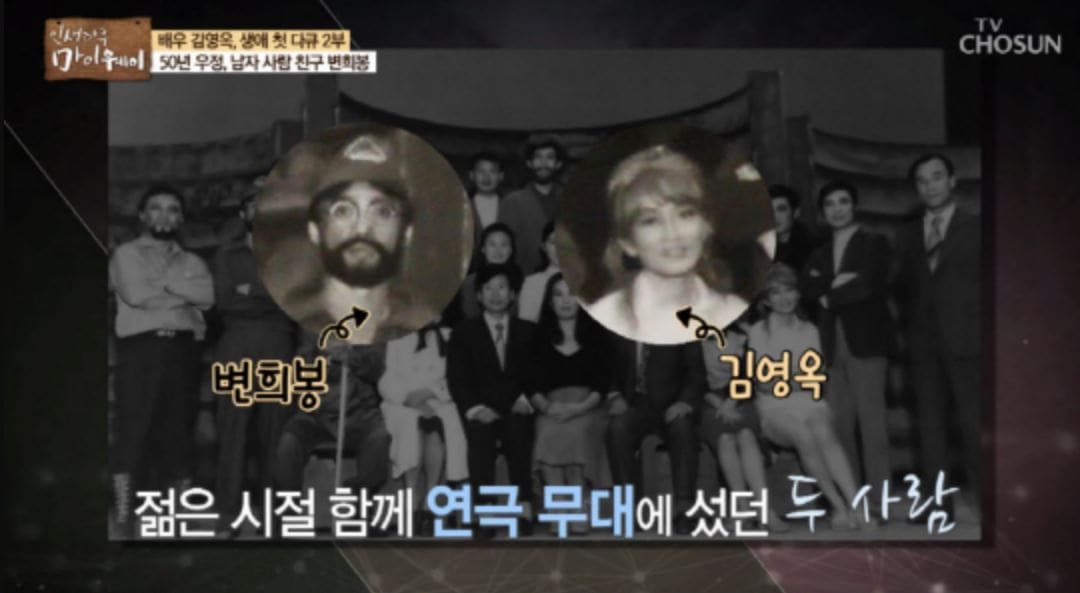 The two spent their youthful twenties together. When reminiscing on what Kim Young Ok was like in the past, Byun Hee Bong shared, “She was very calm and stoic.” Kim Young Ok acknowledged the fact and replied, “My style of talking was like that.”

Byun Hee Bong said, “It’s always been a concern for me that I’ve never been the type of person that appeals to other people. Truthfully, that’s not how I really want to be. My grandchildren don’t follow me.” Kim Young Ok listened to his concern and comforted him by saying, “There’s nothing that can be done because they feel [awkward]. I thought they followed you well. When your grandchildren came to the screening of ‘Okja,’ they told me, ‘Isn’t our grandfather the best?'”

In the interview with the production staff, Kim Young Ok said, “I know a lot of aspects of Byun Hee Bong that other people don’t know about. He probably got big after he turned 60. His [acting career] was precarious at the time since not a lot of projects came in. He’s actually a very warm person. Because of this, it makes me tear up, and he treats me like an older sister. We talked a lot when we were younger. Because of the time we’ve spent together, we still see each other now.”

As the two have an undeniably strong friendship, Kim Young Ok and Byun Hee Bong share concerns with each other that they can’t easily share with other people. Byun Hee Bong added, “As I’ve gotten older, I’ve wished there were actors who are my seniors. I wish I had seniors that I could talk to often, but that’s not so easy.”

Byun Hee Bong
Kim Young Ok
My Way
How does this article make you feel?