The cast of “Hit-and-Run Squad” shared stories from filming.

“Hit-and-Run Squad” is about a hit-and-run task force that chases after an out-of-control businessman with a love for speed.

About filming the movie, Gong Hyo Jin said, “Crime variety films were difficult for me until now. It was difficult but fun when I first made the decision and during filming. I thought male actors would enjoy it. It was really exciting and fun.”

On his character, Ryu Jun Yeol explained, “The character is a bit different from the police officers we know and he stands out. I think it’ll be good for you to naturally look forward to it.”

Jo Jung Suk said, “I’m surprised that it’s premiering this quickly. I have a lot of affection for ‘Hit and Run.’ I have a lot of expectations for how this film will be viewed. I’m proud and happy to be here.”

Director Han Jun Hee added, “While being with these three people, it felt like I became an audience member. It was fun watching their acting, so I naturally had fun filming.” 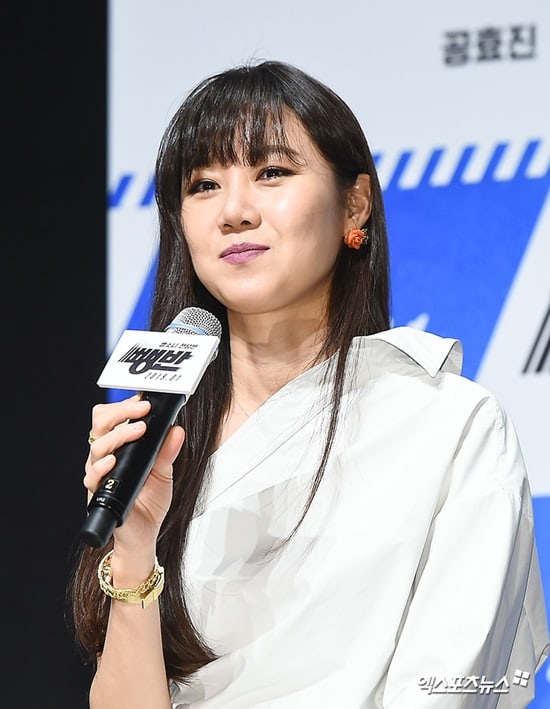 Gong Hyo Jin continued, “The two characters are very new, but Eun Si Yeon seemed a bit boring. But I saw that every take was different when Eun Si Yeon was added. There are rumors that I’m an actress who’s good at cursing and I think that as well. But even though I don’t curse at all here, she’s really scary and charismatic. While I was discussing Eun Si Yeon’s position inside the police force with the director, I thought, ‘She’s a really scary woman.’ She’s a really fierce character.”

About his own character, Ryu Jun Yeol said, “It was charming how he investigated without a manual despite being a police officer. I thought I could sincerely portray how he changed despite his poor past and family background.”

Gong Hyo Jin and Ryu Jun Yeol showed such good chemistry that it sparked the envy of Jo Jung Suk. On portraying his first villain character, he said, “I was lonely. It was new for me too. [Gong Hyo Jin and I] were in a loving relationship in ‘Jealousy Incarnate,’ but we fiercely cursed as soon as we met each other here.”

He continued, “It’s my first villain role. I really liked that it was a completely new challenge. I quickly decided on playing this character. To be honest, I don’t really receive offers for these kinds of characters. There wasn’t really an atmosphere where I could think which roles would be new and look for scenarios, and I’m thankful to the director for offering me this role. I had a thirst for something new, and I’m really happy that I could meet this kind of project.”

Ryu Jun Yeol added, “I was so surprised after seeing Jo Jung Suk’s acting on set. Jo Jung Suk is a man who’s really cool when a man sees him. He’s an amazing person.” 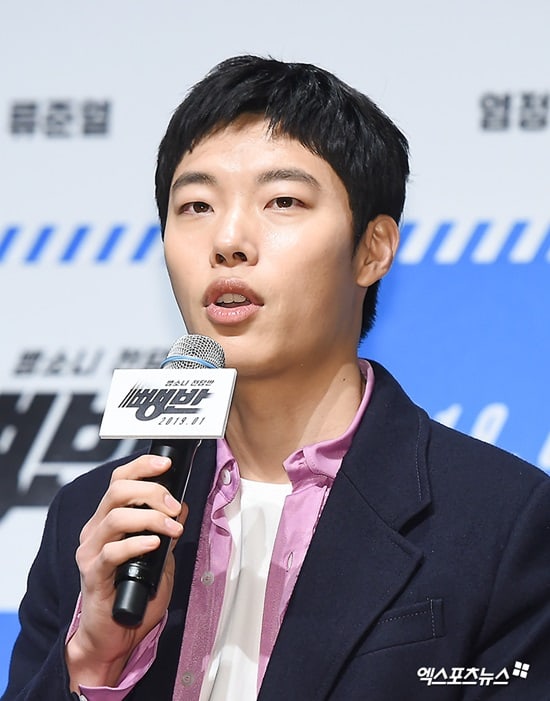 About the message of “Hit-and-Run Squad,” the director explained, “There was a big story I wanted to tell through this film. A police officer is someone who protects people and a criminal is someone who doesn’t follow the rules. But there are many themes about ‘becoming a monster to catch a monster.’ I really wanted to say that we need to be human in order to catch monsters, and show that that human is a police officer. There are many police genres, but I wanted to show this in another way.”

He continued, “It’s a youthful film and one that shows that there are films with this kind of sentiment. It’s humanistic and there are scenes that show a new kind of police. They collide and also work together, but I made it with the mindset of hoping that the police would become someone everyone can understand. I think that it might’ve contributed something new as a police film.”

Gong Hyo Jin said, “I haven’t filmed a movie with many characters before, and there are many ensembles here. I went to the set and it felt like I went to my rich uncle’s house where there’s a big family. I told Ryu Jun Yeol that this is my first time filming a movie [with a budget of] over 5 billion won [approximately $4.5 million] and that it was cool. It’s also my first time filming a film with an actor and director who are younger than me. Everything was really new.”

She continued “After I filmed ‘Door Lock,’ I rested for exactly three days, went to the salon to perm my hair, then went to the set. Until now, I’ve portrayed many characters that overcame difficult things. But this time I got to play the role of an elite female who thought, ‘How many people are above me?’ Doesn’t everyone have a fantasy of playing the boss of the school? It was a film that fulfilled this fantasy.”

The director differentiated “Hit-and-Run Squad” from prior car chasing films. “I wanted to create car chasing that was passionate and emotional,” explained Han Jun Hee. “There were many scenes where the actors were driving themselves that made it into the movie. It’s a bit different than the car chasing that gives us pleasure. It’s car chasing where the path and actors’ faces are shown a lot. Instead of showing how amazing and fancy the car is, it shows the actors’ relationships where they’re chasing and being chased, and I worked hard to create actions scenes that showed those kinds of emotions.”

In order to portray this, there were many instances where the actors themselves drove the cars during filming. Jo Jung Suk said, “I drove an F3 car and even received an offer. I passionately learned how to drive, and I almost got into a car accident. It was a scene where I had to show emotions while driving. There was a ‘knock out’ scene where I get excited, hit my own face, and run away, but I almost passed out while acting this. When I gained consciousness and woke up, a car was in front of me, so I swerved right away. That scene received an ‘okay.'” 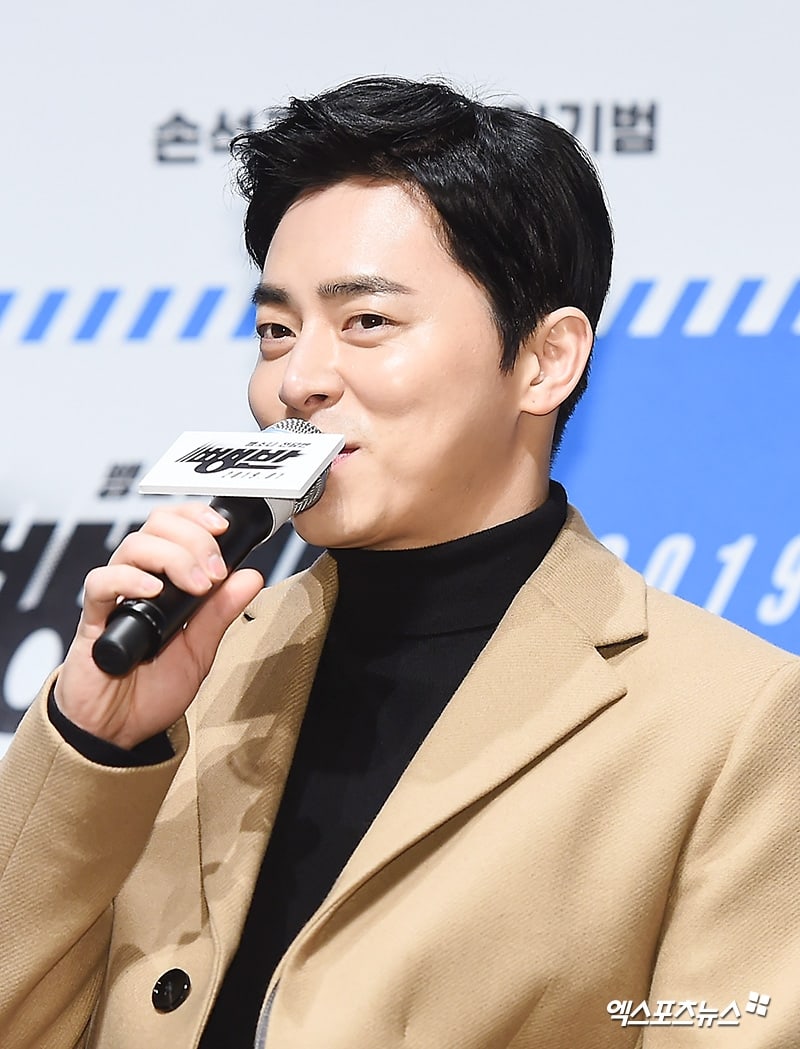 “Hit-and-Run Squad” will premiere in January 2019.