She began, “I think I’m the first celebrity to appear on TV four days after giving birth.” Describing the first time she saw her baby, Lee Ji Hye said, “The baby came out and cried, and before I knew it, I began crying. I think that kind of emotion is something you’ll know when you give birth.”

When asked who the baby resembles, she replied, “The baby resembles her dad 99.9 percent. [My husband] keeps saying he’s going to enter her into the Miss Korea competition. I told him, ‘But she looks like you. What are you talking about?'”

Lee Ji Hye then revealed that her baby daughter’s name is Tae Ri. “While watching ‘Mr. Sunshine’ with my husband, we thought that it’d be nice if she grew up to be as beautiful as Kim Tae Ri,” she said. “I want to raise her into a child that has a high level of happiness.” 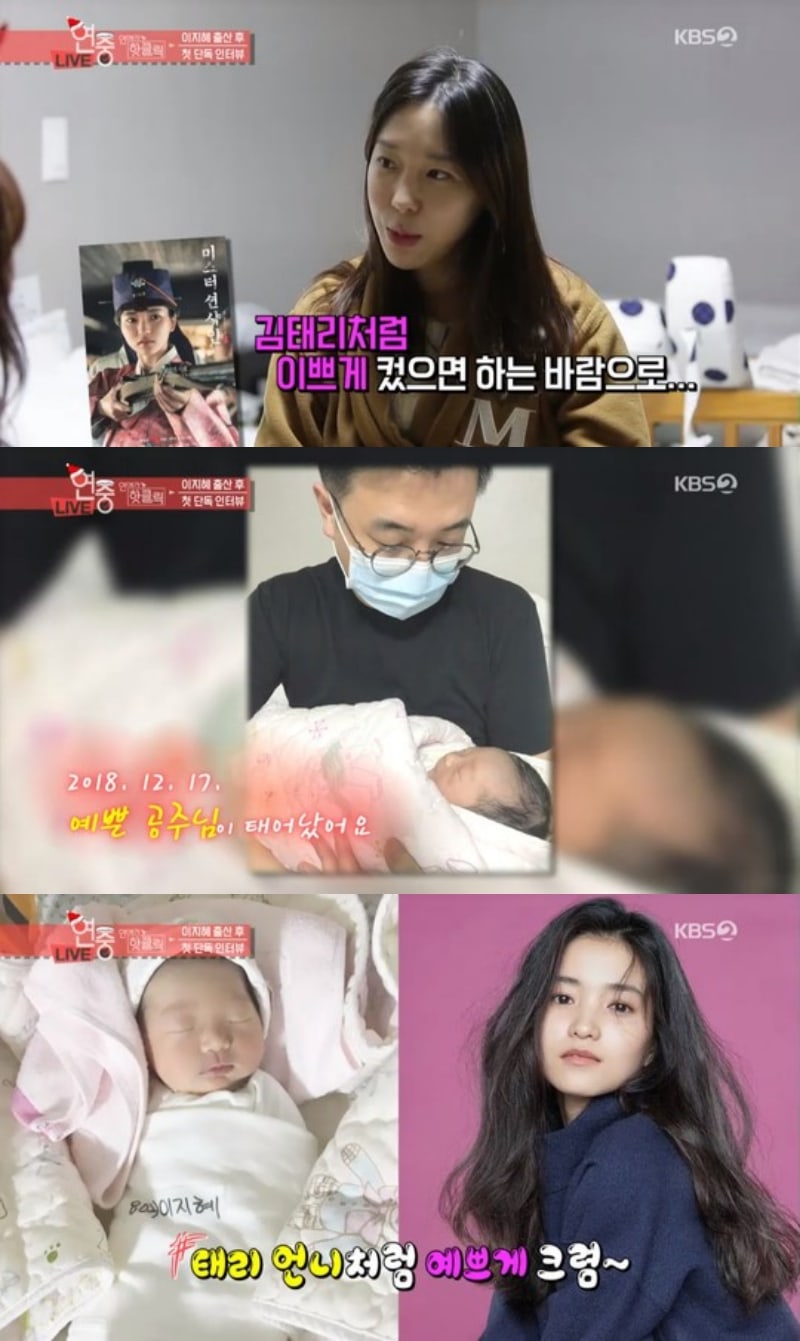 Lee Ji Hye wed her husband in September 2017 and gave birth to her first child on December 17.

Entertainment Weekly
Lee Ji Hye
How does this article make you feel?