“My Strange Hero” tells the story of Kang Bok Soo (Yoo Seung Ho), who is expelled from high school after being accused of being a violent bully and returns after many years for revenge. However, he finds himself caught up in an unexpected situation that leads to interesting situations.

Jo Bo Ah plays the role Son Soo Jung, Kang Bok Soo’s first love and a teacher at the school. Park Ah In is Yang Min Ji, who is Kang Bok Soo’s stalker. In the drama, they are set to form a love triangle with Kang Bok Soo in the middle of them.

The new stills show that tension as Jo Bo Ah can be seen looking at Park Ah In with a steely gaze. Yang Min Ji goes to the school to search for Son Soo Jung, and they have a conversation that doesn’t seem to go well. Soo Jung has her arms crossed and a cold look in her eye as Min Ji tries to convince her of something, and viewers are curious to know what words are exchanged between the two. 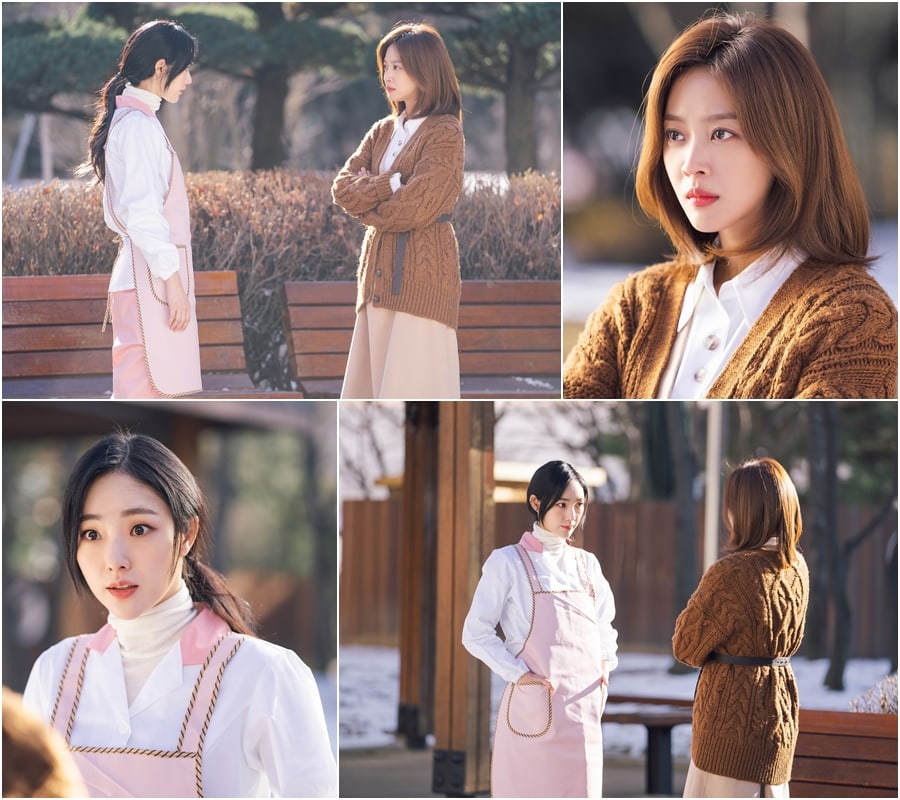 The production staff stated, “This will be the scene where Son Soo Jung, who parted ways with Kang Bok Soo nine years ago due to unfortunate circumstances, and Yang Min Ji, who has stuck by Kang Bok Soo’s side for the past nine years, meet again. Please anticipate the tension that is between them.”

The confrontation between Jo Bo Ah and Park Ah In will be revealed in the upcoming episode of “My Strange Hero,” wihich will air on December 24 at 10 p.m. KST. Catch up with the latest episode below!

Jo Bo Ah
Park Ah In
My Strange Hero
How does this article make you feel?