On the December 21 episode of tvN’s “In-Laws in Practice,” Jang Do Yeon’s mother visited Jang Do Yeon and Nam Tae Hyun’s home.

Before she arrived, Nam Tae Hyun changed into a suit and cleaned up his look and home to prepare for her visit. He said, “My mom told me that my mother-in-law adores me. I want to quickly meet her and give her joy.”

He greeted his mother-in-law and told her, “You’re so beautiful.” She immediately warmed up to him and called him her son-in-law. During her interview, she said, “My son-in-law wore a suit and walked out, and my heart began thumping because he looked so handsome.” Meanwhile, Jang Do Yeon hid out of shyness seeing her mother and “husband” together. 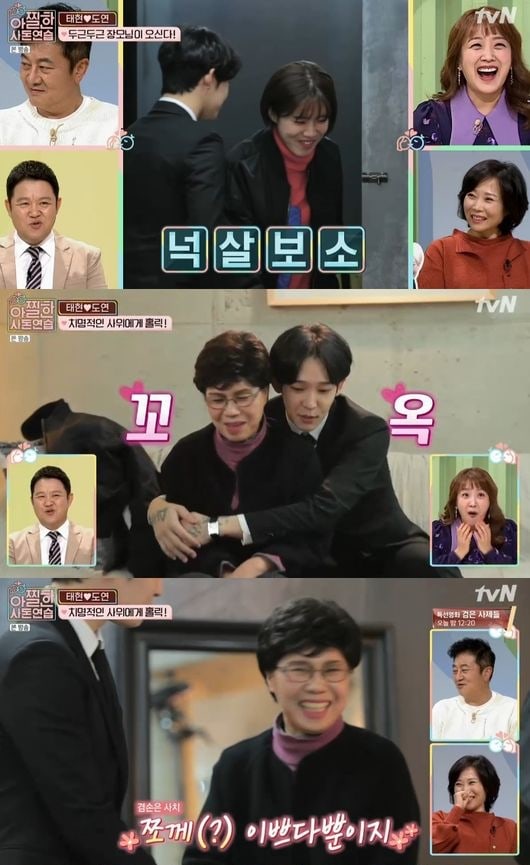 Jang Do Yeon’s mother revealed some of the things she had brought with her, including her daughter’s awards and diary. Nam Tae Hyun read out loud some lines from Jang Do Yeon’s childhood diary and expressed amazement at her poetic, emotional writing.

The comedienne’s mother then began to make grilled deodeok (root), chicken stew, and salad. Nam Tae Hyun headed to the kitchen to help her and impressed her once again. After taking bites of her food, he commented, “It’s delicious,” and the mother-in-law smiled watching him eat.

She said, “I wish you were my real son-in-law,” and he replied, “I could become your real son-in-law.” When she asked, “What’s the probability of you guys really getting married?” Nam Tae Hyun surprised everyone by answering, “60 percent.” Jang Do Yeon joked, “I began at 100 percent.”

He then made an acrostic poem using Jang Do Yeon’s name. “I’m not playing,” he began. “I want to date Do Yeon.” 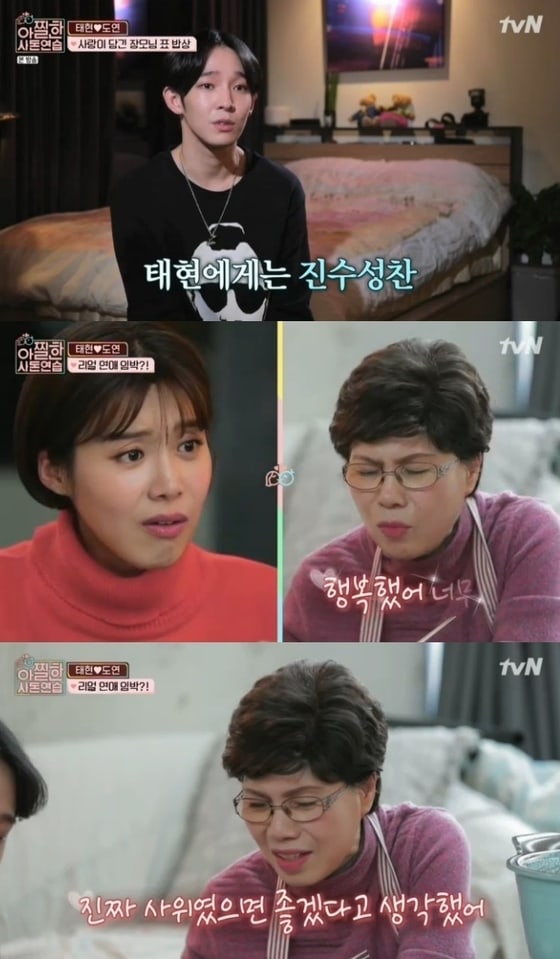 Nam Tae Hyun
Jang Do Yeon
In-Laws in Practice
How does this article make you feel?