On the latest episode of JTBC’s “Ask Us Anything,” EXO’s Chen shared his honest reaction to D.O.’s recent kiss scene!

During EXO’s guest appearance on the December 22 broadcast of the variety show, Chen revealed that he had been caught off guard while watching D.O.’s latest drama, tvN’s “100 Days My Prince.”

Referring to D.O.’s steamy kiss scene with his co-star Nam Ji Hyun, Chen remarked, “I never thought I’d end up seeing this side of my fellow members.” When Super Junior’s Kim Heechul asked if the reason he was surprised was because “D.O. was so good at kissing,” Chen replied, “You’re right.”

“I’d never seen the people I know kiss anyone,” he continued, and the cast agreed, “That’s only natural.” Chen went on, “It’s weird that I saw it happen.” 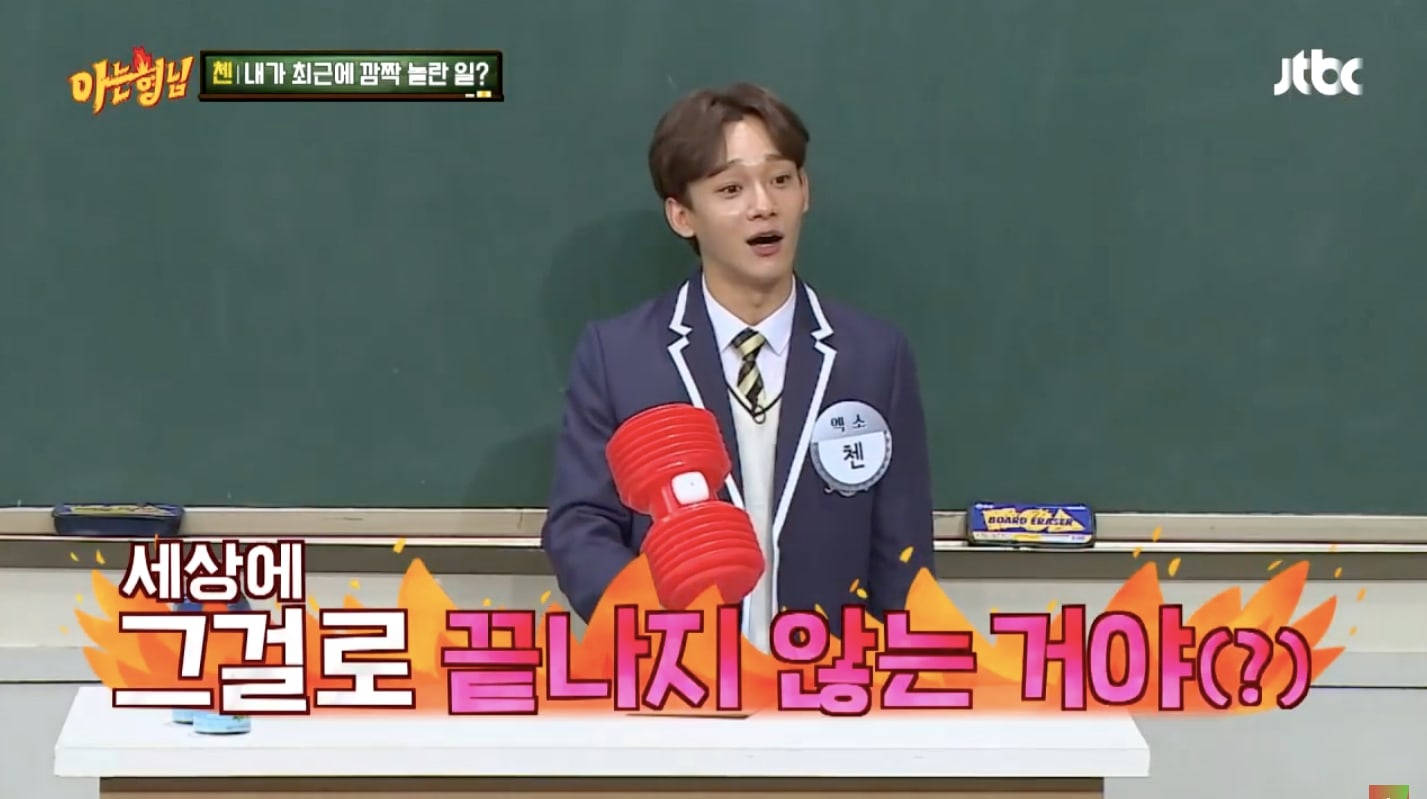 “I knew that D.O. had a kiss scene in ‘100 Days My Prince,'” explained Chen, “but I thought that they would just lock lips and stay like that for a while. However, when I was watching the drama on television, things didn’t stop there!”

When Baekhyun jokingly asked for more details about the kiss, Chen responded, “They kept opening and closing their mouths.” He then began to say, “I’m really sorry, but I thought [at the time], ‘Wow, that guy—'” but cut himself off and burst into laughter after he accidentally referred to D.O. using a word unsuitable for broadcast.

As D.O. and everyone else on set cracked up, Chen explained with a laugh, “I was really surprised.” Baekhyun commented in amusement, “This is the first time that Jongdae [Chen’s given name] has ever sworn on a broadcast.” 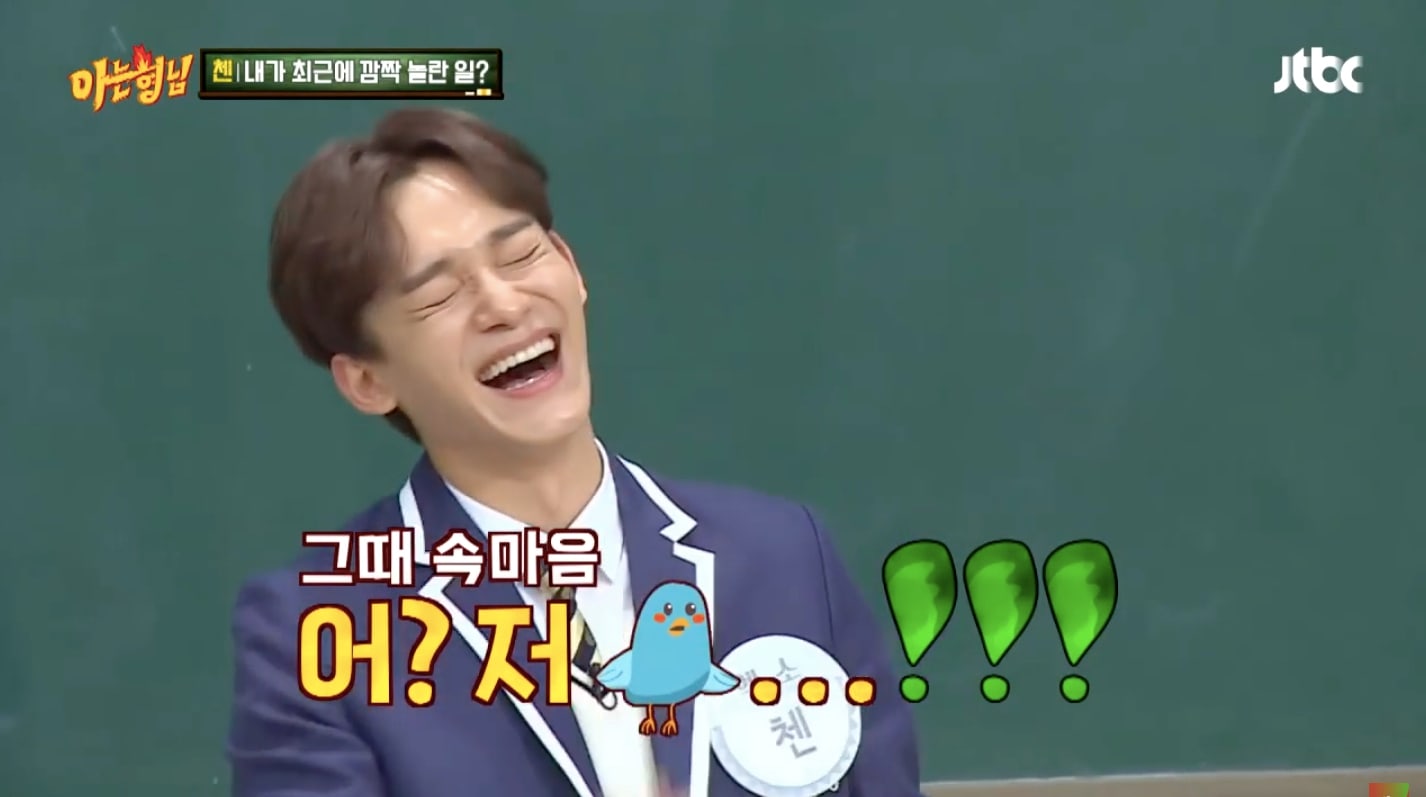 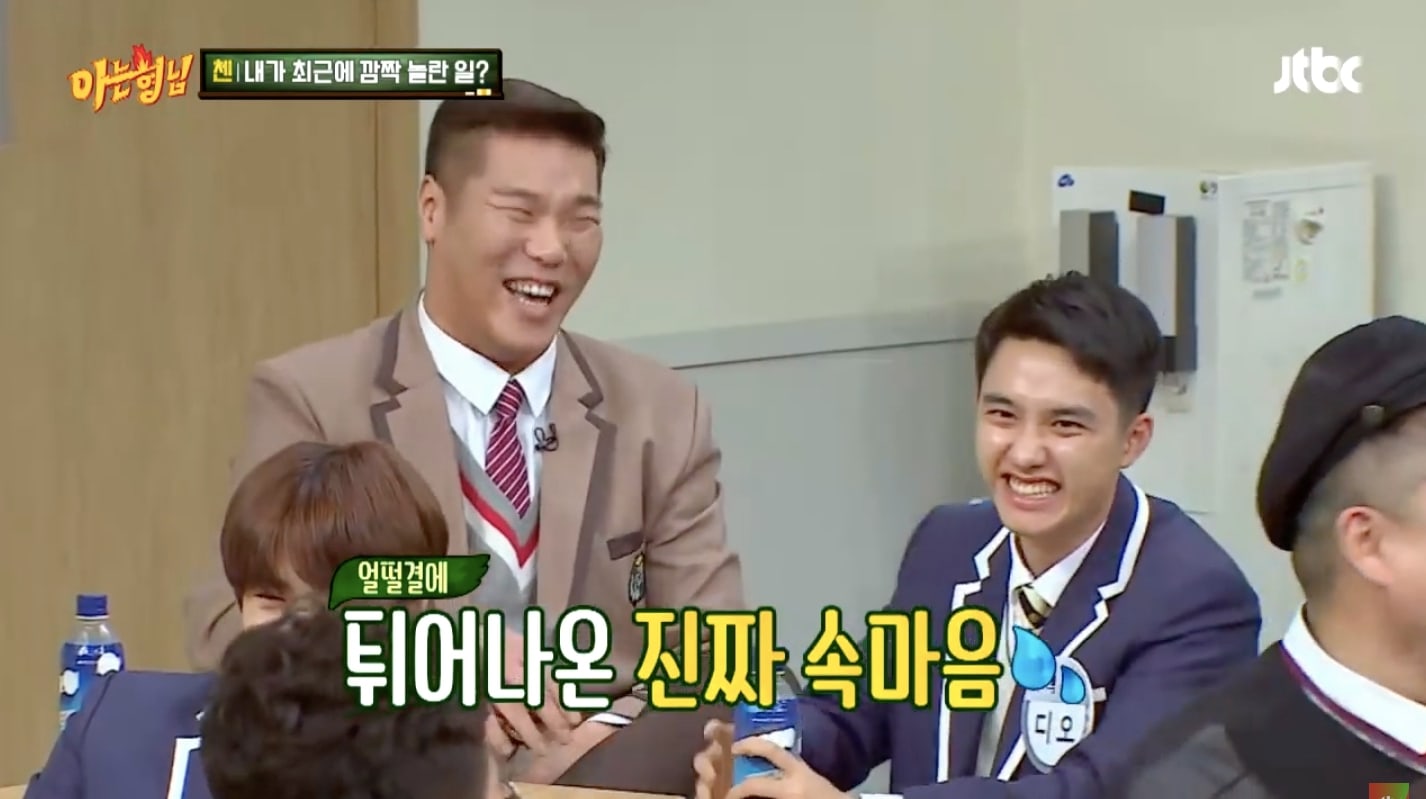 D.O. went on to talk about how he had prepared for the kiss scene, recalling, “I acted it out by myself [to practice beforehand]. Then, during rehearsals, the lead actress and I discussed how we should go about it.”

Taking on a more serious tone, Chen praised D.O’s acting during the scene, remarking, “He did such a great job, really.” Seo Jang Hoon agreed, “Kyungsoo [D.O’s given name] is just a really good actor.”

EXO
D.O.
Knowing Bros
Chen
100 Days My Prince
How does this article make you feel?