tvN’s “Mama Fairy and the Woodcutter” has released new behind-the-scenes photos of its cast!

“Mama Fairy and the Woodcutter” has captured viewers’ hearts with its mysterious, beautiful story full of unexpected twists. The drama, which has moved viewers while also making them laugh, stars Moon Chae Won as a fairy who has waited for the reincarnation of her husband for 699 years.

On December 22, with just two episodes left to go, the drama revealed photos of its actors looking both passionate and cute on set.

Yoon Hyun Min’s passion and hard work shines through in his new behind-the-scenes stills. Despite being soaked from the rain, Yoon Hyun Min has his eyes glued to the script in his hand, even as he tries to stay warm with a blanket and a heat pack.

Meanwhile, Moon Chae Won wears a bright expression on her face as she interacts with her co-star, showcasing the vibrant energy that she creates on set.

Seo Ji Hoon and gugudan’s Mina, who have shown great chemistry together in the drama, are also full of smiles in their photo. Yoon So Yi poses for the camera with a V sign and a cheerful smile, showing off her cute personality that is completely unlike her character in the drama. 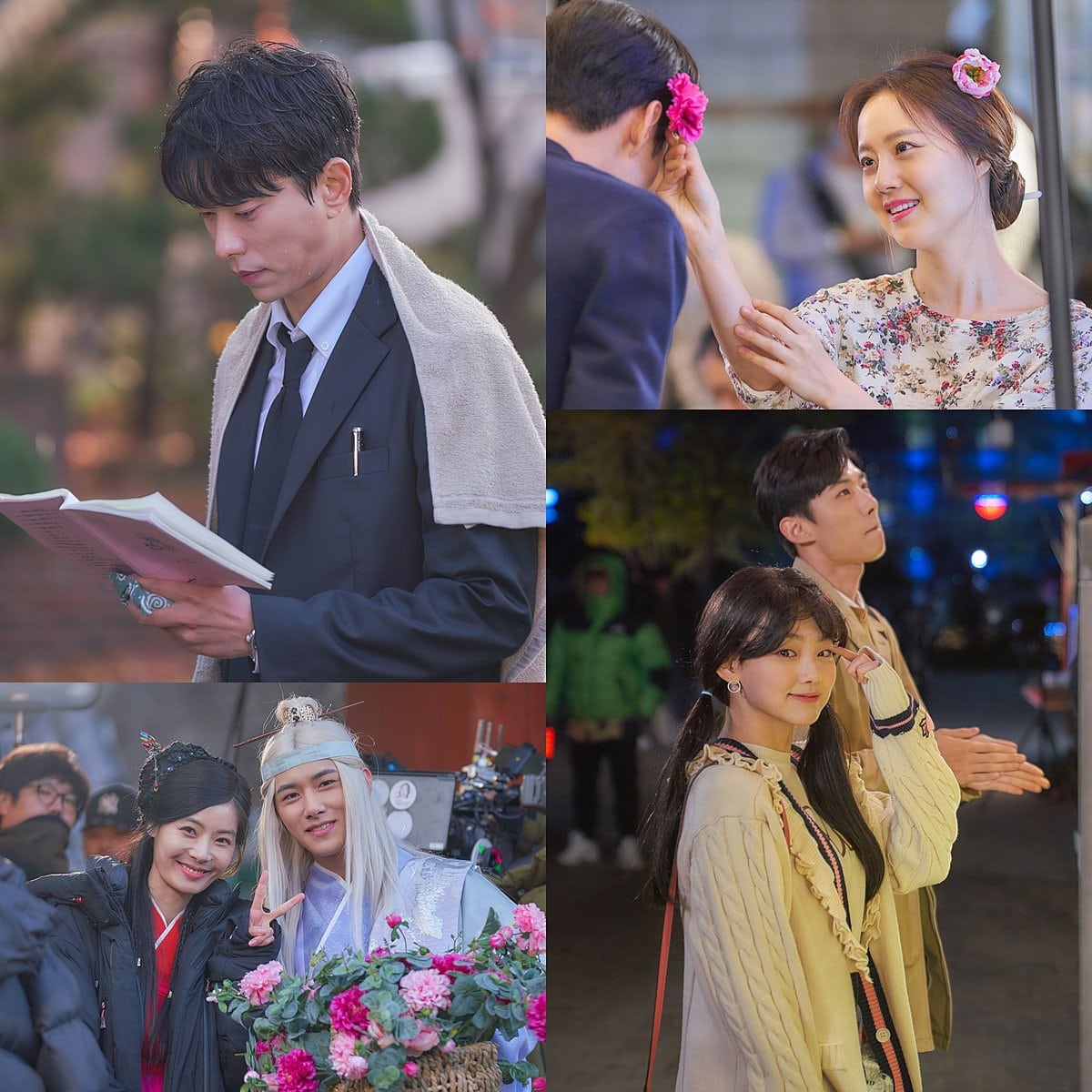 The next episode of “Mama Fairy and the Woodcutter” will air on Monday, December 24 at 9:30 p.m. KST.