On the latest episode of JTBC’s “Ask Us Anything,” EXO’s Xiumin and Kai shared a story about a dangerous incident that happened during their music video shoot for “Love Shot.”

During the guessing-game segment of the variety show’s December 22 episode, Xiumin told the cast members, “Something happened recently that really upset me and caused me emotional pain.”

After a long series of incorrect guesses, Super Junior’s Kim Heechul finally managed to figure out the correct answer: Xiumin had accidentally kicked Kai in the face while filming their music video for “Love Shot.”

Xiumin explained, “Recently, when we were filming a choreography scene on the first day of our shoot for the ‘Love Shot’ music video, there’s a part [in the choreography] where we fall to the ground, and my foot hit Kai in the face full-force. For a brief period of time, Kai was unconscious.”

Kai recalled, “I was dazed for a few seconds. [Xiumin] was by my side, asking me to talk to him, but I couldn’t understand anything he was saying.” 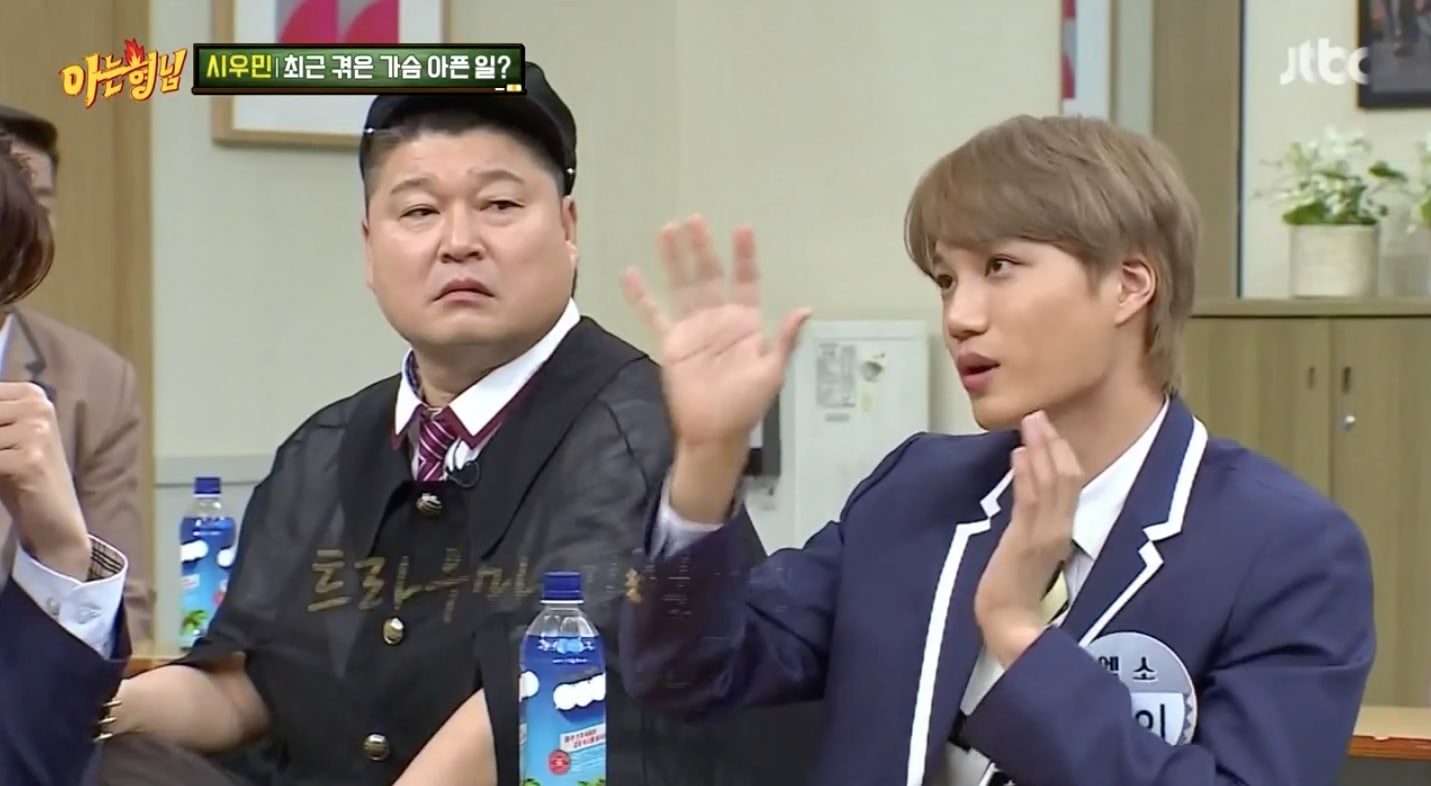 However, Kai went on to dismiss the incident with a laugh. “I was fine afterwards,” he insisted. “I kept telling [Xiumin] not to be traumatized [by the incident], and I kept telling him, ‘I’m fine, I’m fine,’ but from then on, his memory of kicking me [affected his dancing].”

“I can still feel the physical sensation in my foot,” said Xiumin. “So after that day, I’ve become a lot more aware of the other members when I’m dancing our choreography.” 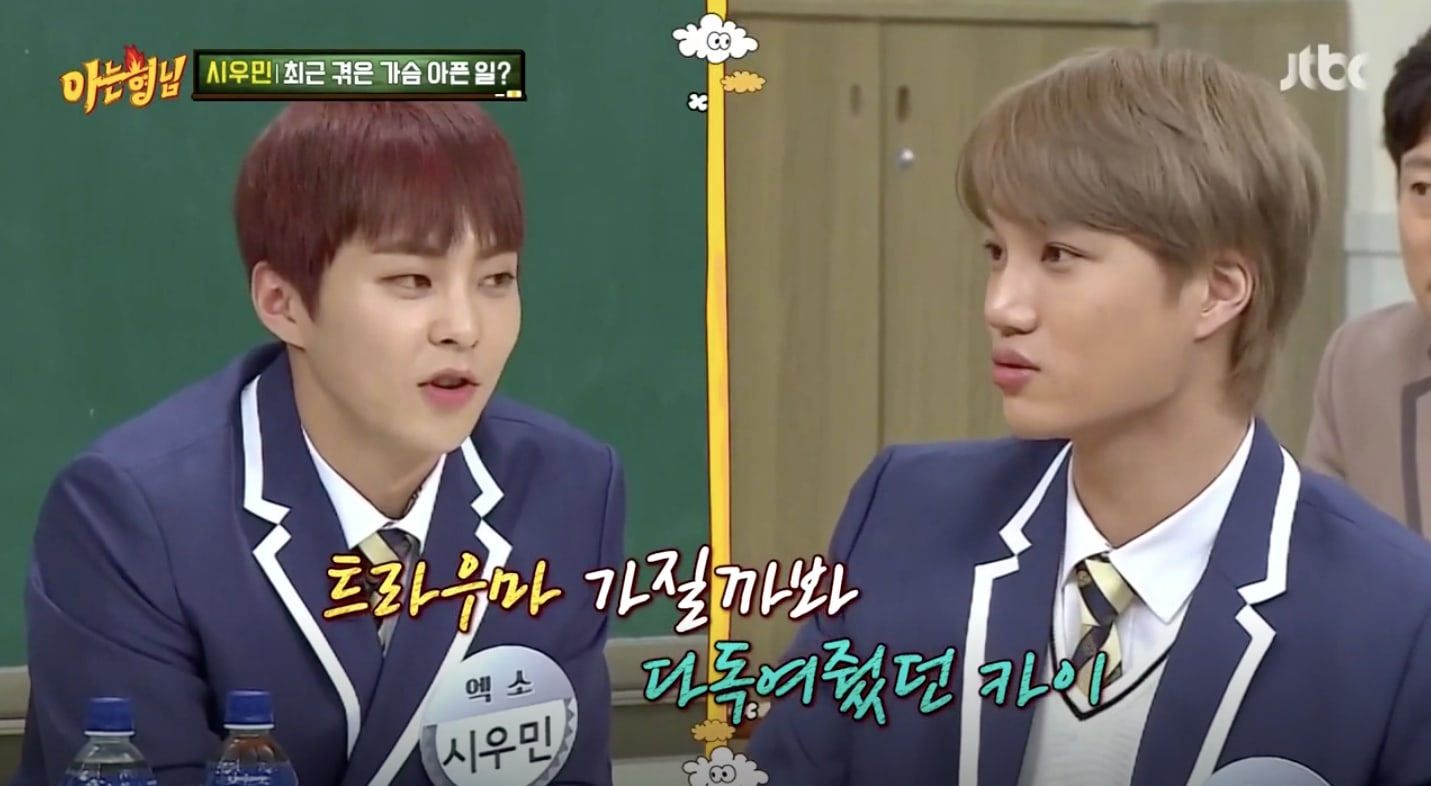 EXO
Xiumin
Ask Us Anything
Kai
How does this article make you feel?