Earlier this month, Hwang Yeji’s first appearance on the new survival show caught viewers’ eye and launched her to the top of Naver’s realtime search rankings. Although many were impressed by her performance, she failed to secure the votes of three of the “fan masters” (the show’s celebrity panelists), and she ultimately ended up just three votes shy of safely making it through to the next round.

After earning enough online votes to move on to the second round of the competition (a total of 61,268), Hwang Yeji returned for a second shot on the December 22 episode of “The Fan.” The trainee declared before her performance that she had worked her very hardest to prepare and was more determined than ever to avoid her previous fate, commenting with a smile, “Today, I won’t become a candidate for elimination.”

However, she later revealed that she had sustained a minor back injury the day before her performance. In fact, during the show’s rehearsal on the day of the shoot, the trainee found herself in so much pain that she was unable to dance, and she ended up going to the hospital immediately afterwards.

In spite of her physical condition, Hwang Yeji still rushed back in time for her performance without letting either the audience or the fan masters know about her injury. She then went on to wow the crowd with a fierce cover of Dua Lipa’s “New Rules.” 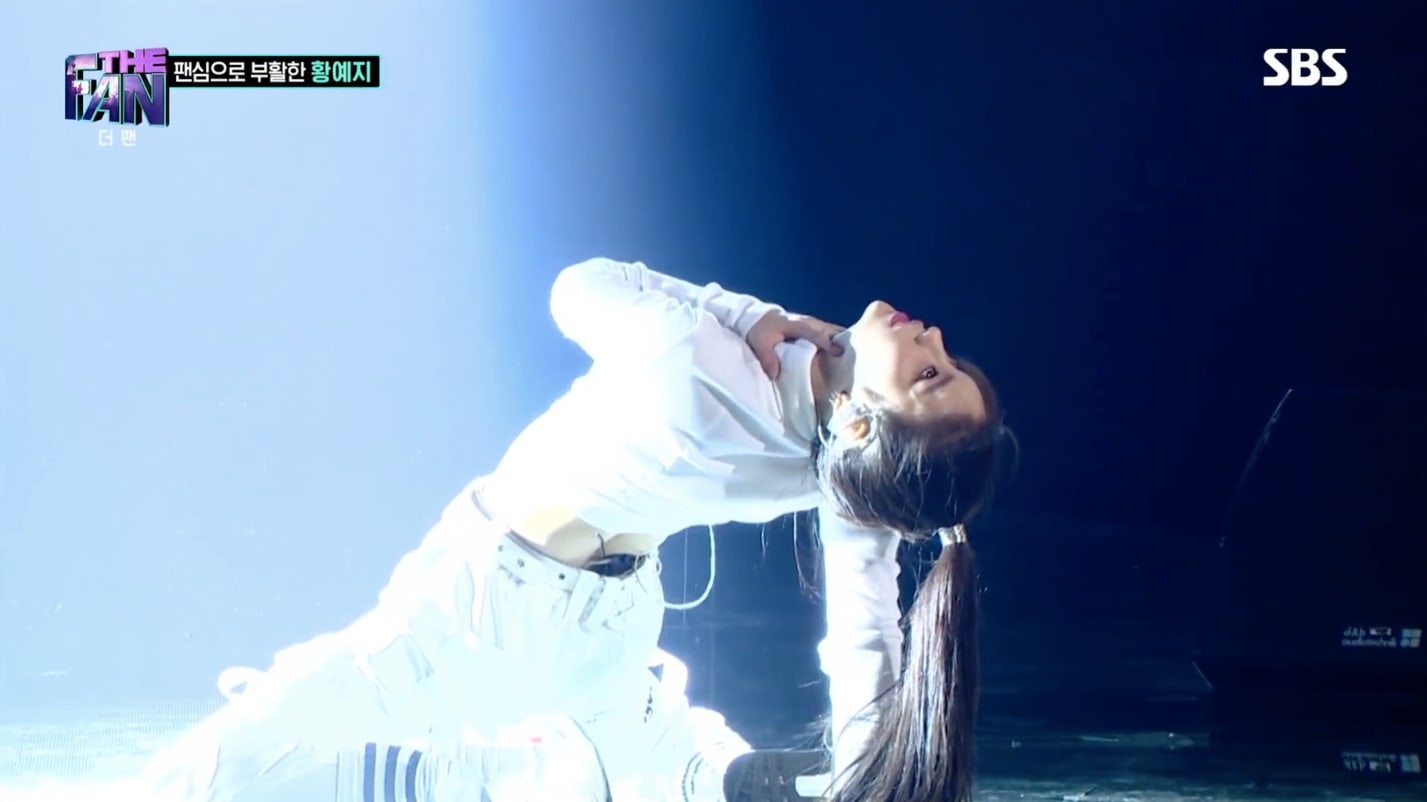 Even without knowing about her injury, the fan masters were impressed by her performance and had no shortage of praise for her skills. BoA remarked, “You made such a great song choice, and I think your singing has improved. Your facial expressions and overall expressiveness showed so much star quality.”

Lee Sang Min agreed, “This performance was so different from your first. Your singing, dancing, and even your facial expressions were completely different. I even wondered if maybe you had a twin sister. I’m looking forward to seeing your transformations in the future.” 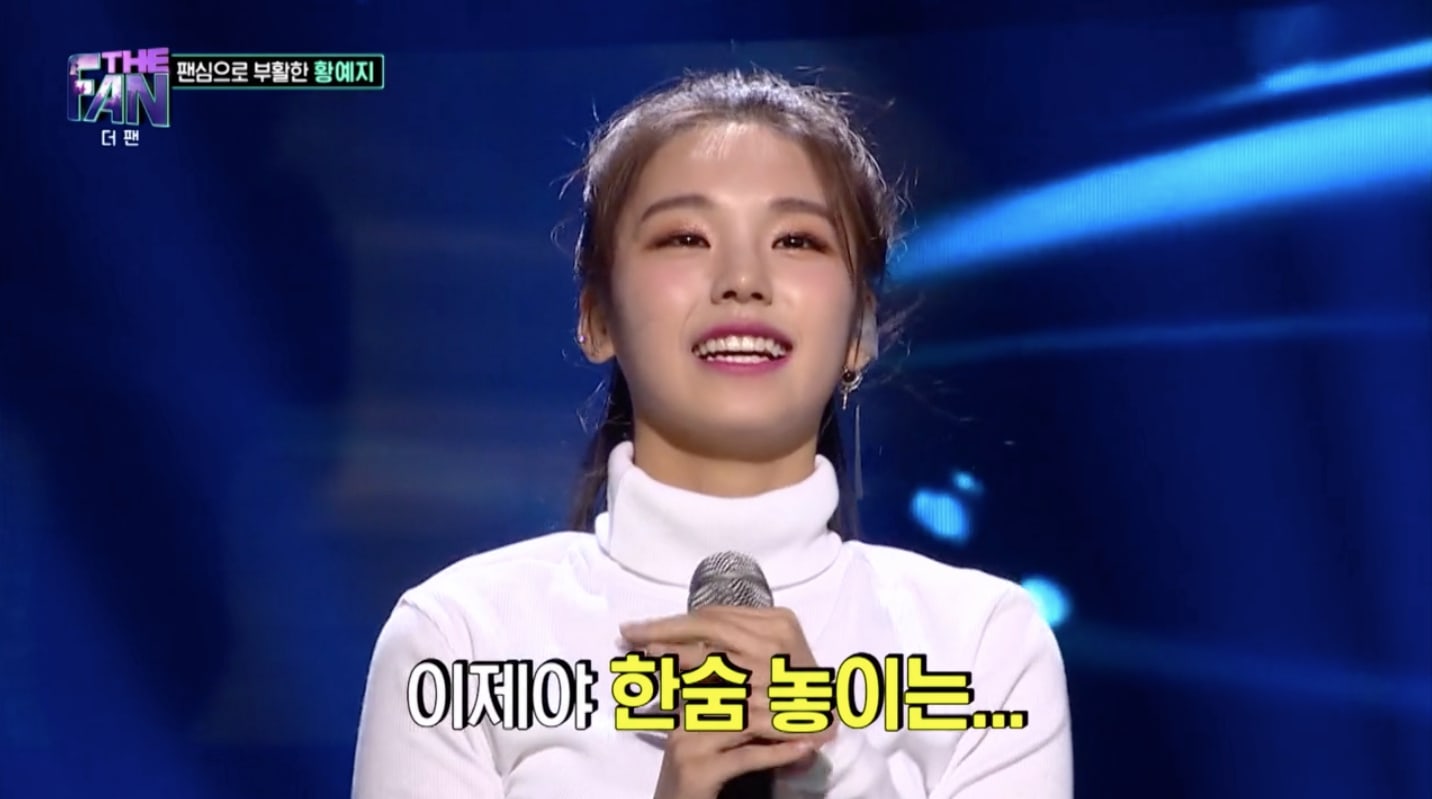 It was only after Hwang Yeji received 224 votes and safely moved on to the next round that she finally allowed herself to give in to her emotions.

The trainee burst into tears as she confessed with a smile, “To be honest, I did feel a lot of pressure [after my last performance]. I did worry a lot about whether I’d be able to live up to [my fans’] expectations. But the fact that many people watched my performance, forgave my shortcomings, and looked at it in a positive light makes me even more determined to work even harder to prepare for my next performance.”

“If I get to move on to the next round,” she continued, “I’ll show you even better things in the future. Thank you.” 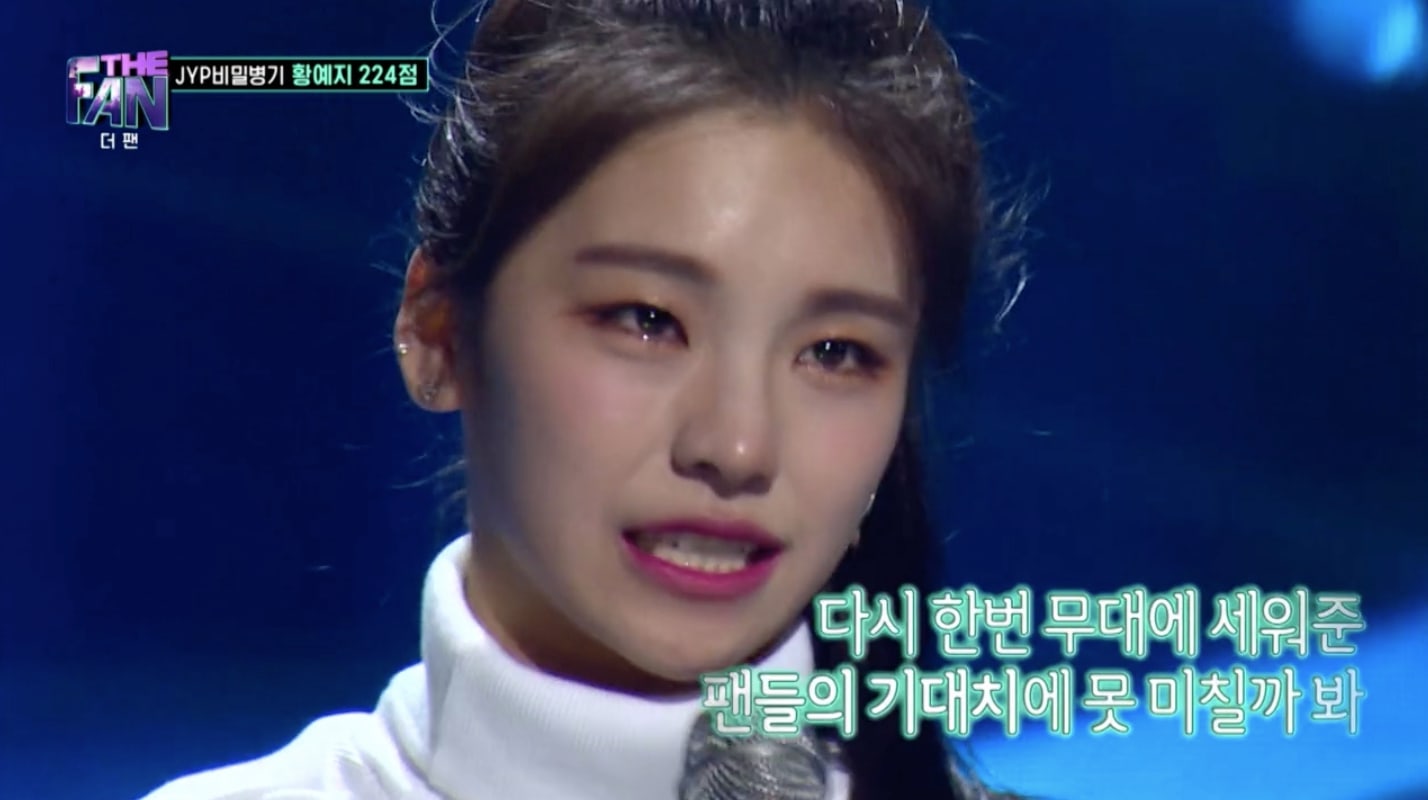 You can also watch the full episode of “The Fan” with English subtitles here:

The Fan
Yeji
How does this article make you feel?