Actor Sung Hoon caught everyone off guard on the latest episode of “Running Man”!

Before the guests arrived, each of the “Running Man” cast members had to choose the guest with whom they wanted to be partners—based only on children’s drawings of the six guests, with no other information about their identities. The guests were then given the chance to pair up with one of the cast members who had chosen them.

Singer Hwang Chi Yeol chose Jun So Min as his partner for the couple race, while idol-turned-actress Han Sun Hwa picked Lee Kwang Soo, revealing that he had been her first choice even before filming began. Park Ha Na and Sooyoung both cracked up the cast by turning down HaHa and Yoo Jae Suk respectively, with both stars preferring to “remain single” in order to wait for a better partner.

Actress Jeon Hye Bin, who had the choice to decide between Kim Jong Kook and Ji Suk Jin, surprised everyone by choosing Ji Suk Jin. When she voiced her decision by calling out Ji Suk Jin’s name, Yoo Jae Suk was so confused that he began prompting her with phrases that she could use to reject him. “[You could say] ‘I’m sorry,'” he suggested, “or alternatively, ‘get lost.'”

The entire cast then responded with disbelief as Jeon Hye Bin clarified, “No, I want to form a couple with him.” More than one cast member exclaimed, “Really?! Is this for real?” 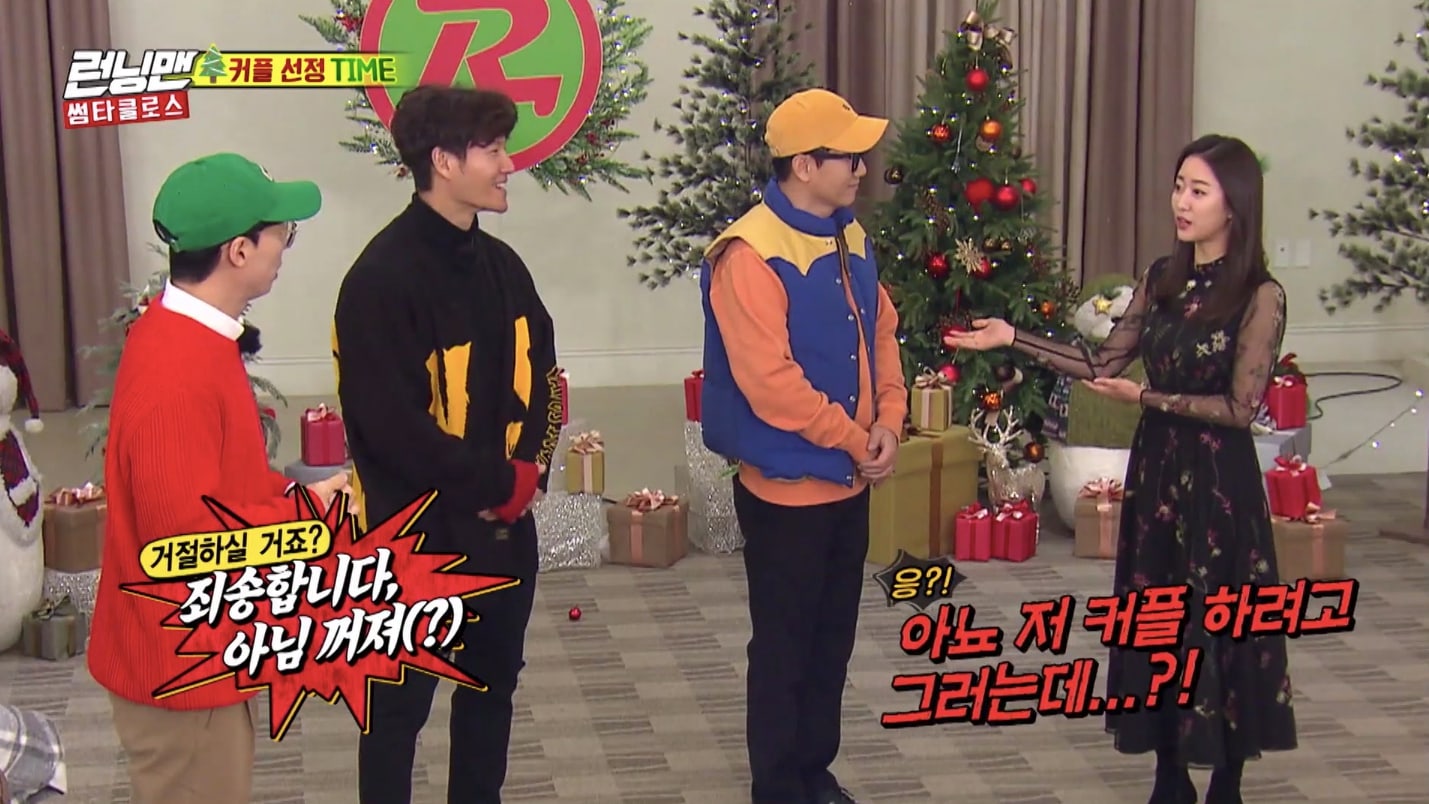 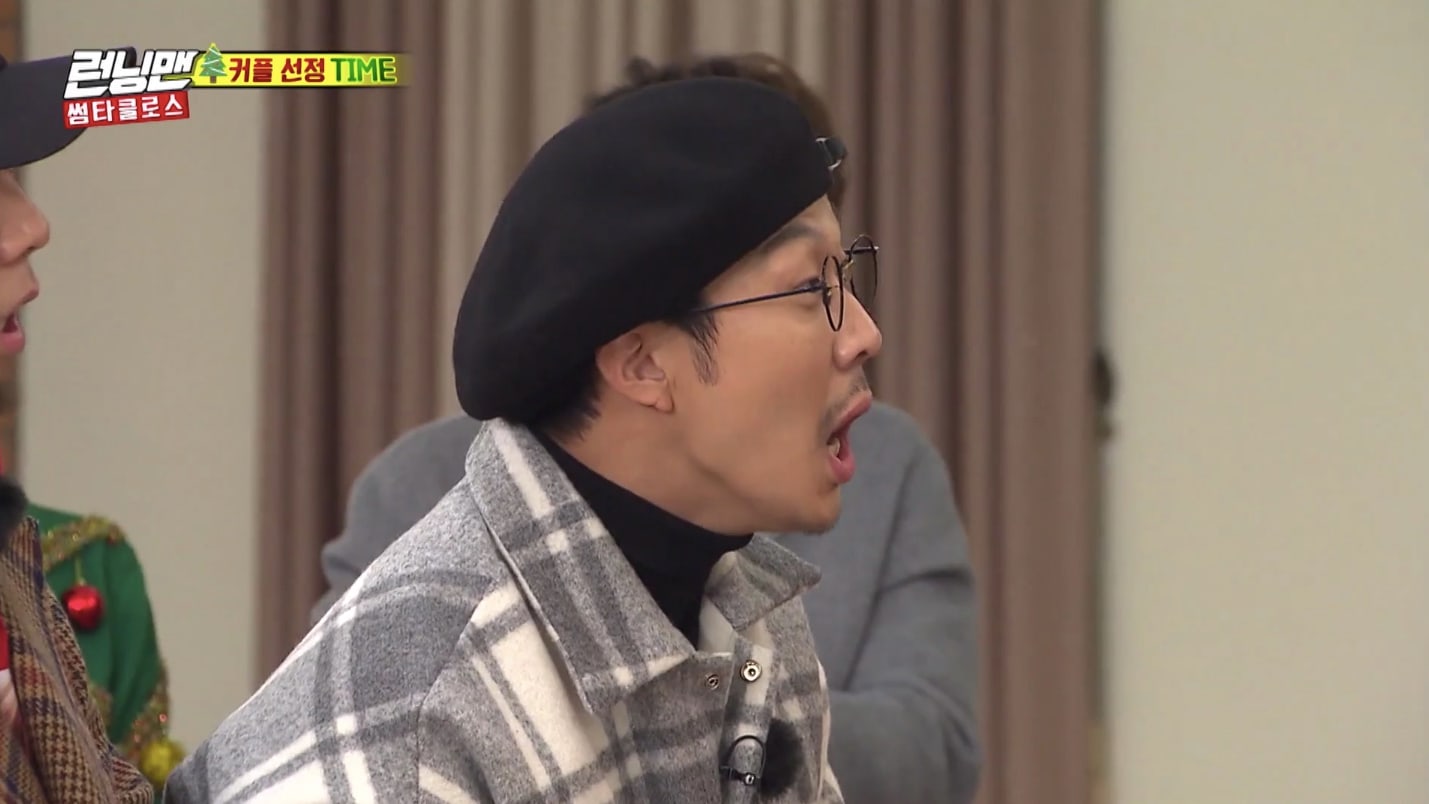 However, the cast was even more surprised by Sung Hoon’s choice of partner. As the last guest to enter the set, Sung Hoon had the opportunity to choose between Song Ji Hyo, HaHa, and Yang Se Chan, the only three members who hadn’t yet paired off.

When Yoo Jae Suk asked whether there was someone he specifically wanted as his partner, Sung Hoon immediately replied, “Yes, there is. There’s someone I had in mind from the very beginning.”

Although everyone thought he was talking about Song Ji Hyo, Sung Hoon went on to reveal that his first choice was actually HaHa. 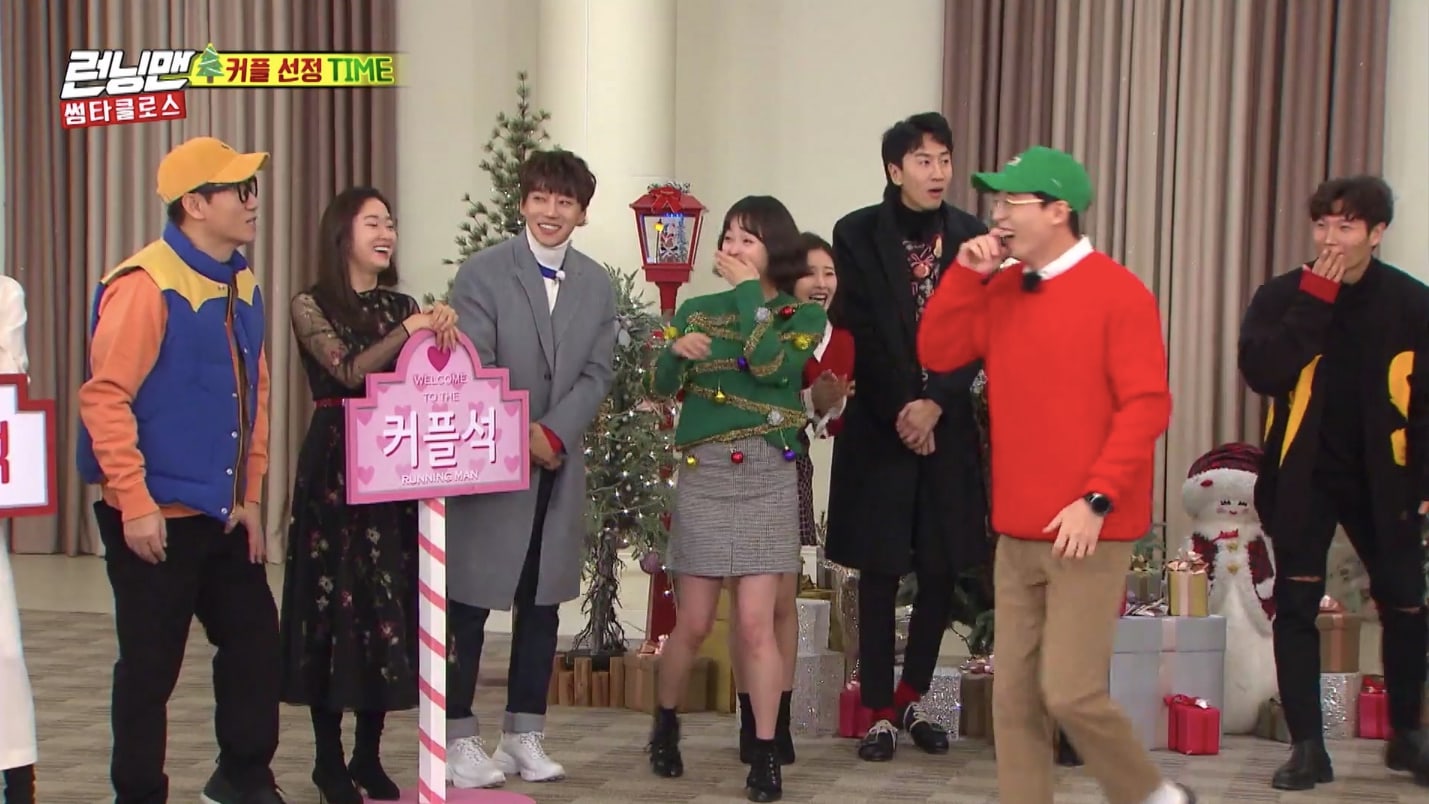 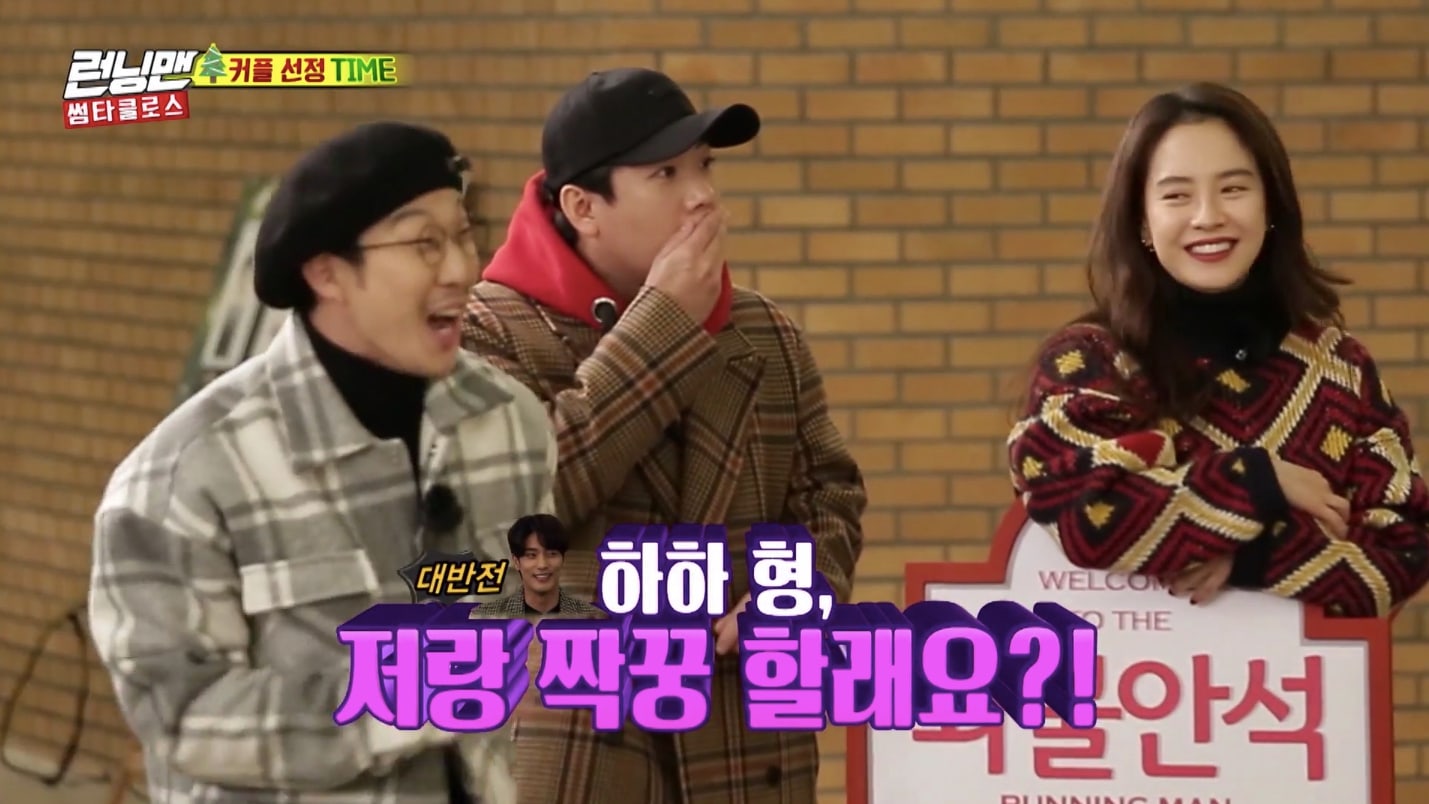 Even Haha couldn’t believe it at first, and he repeatedly asked, “Is this for real?” before finally jumping into Sung Hoon’s arms with a joyful cry. 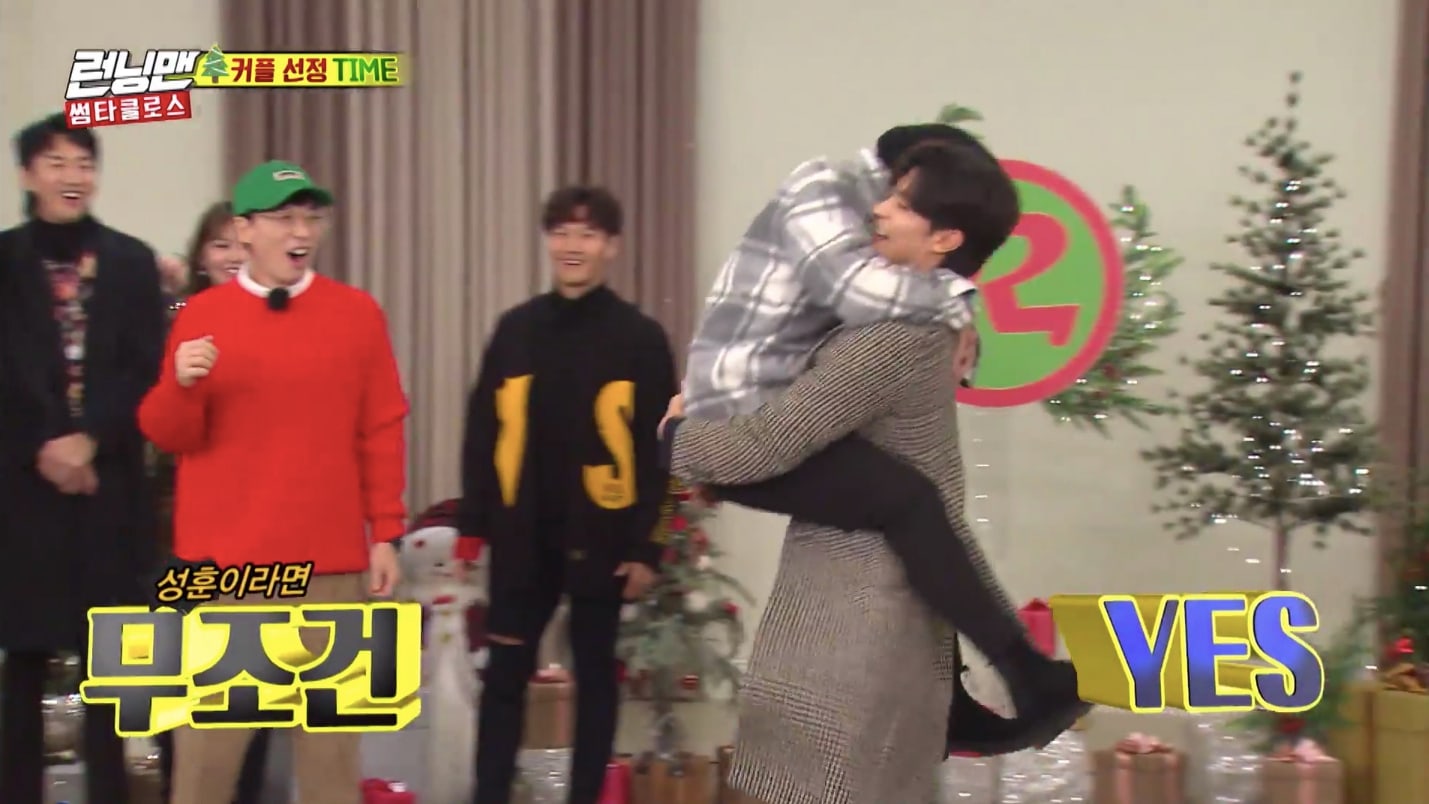 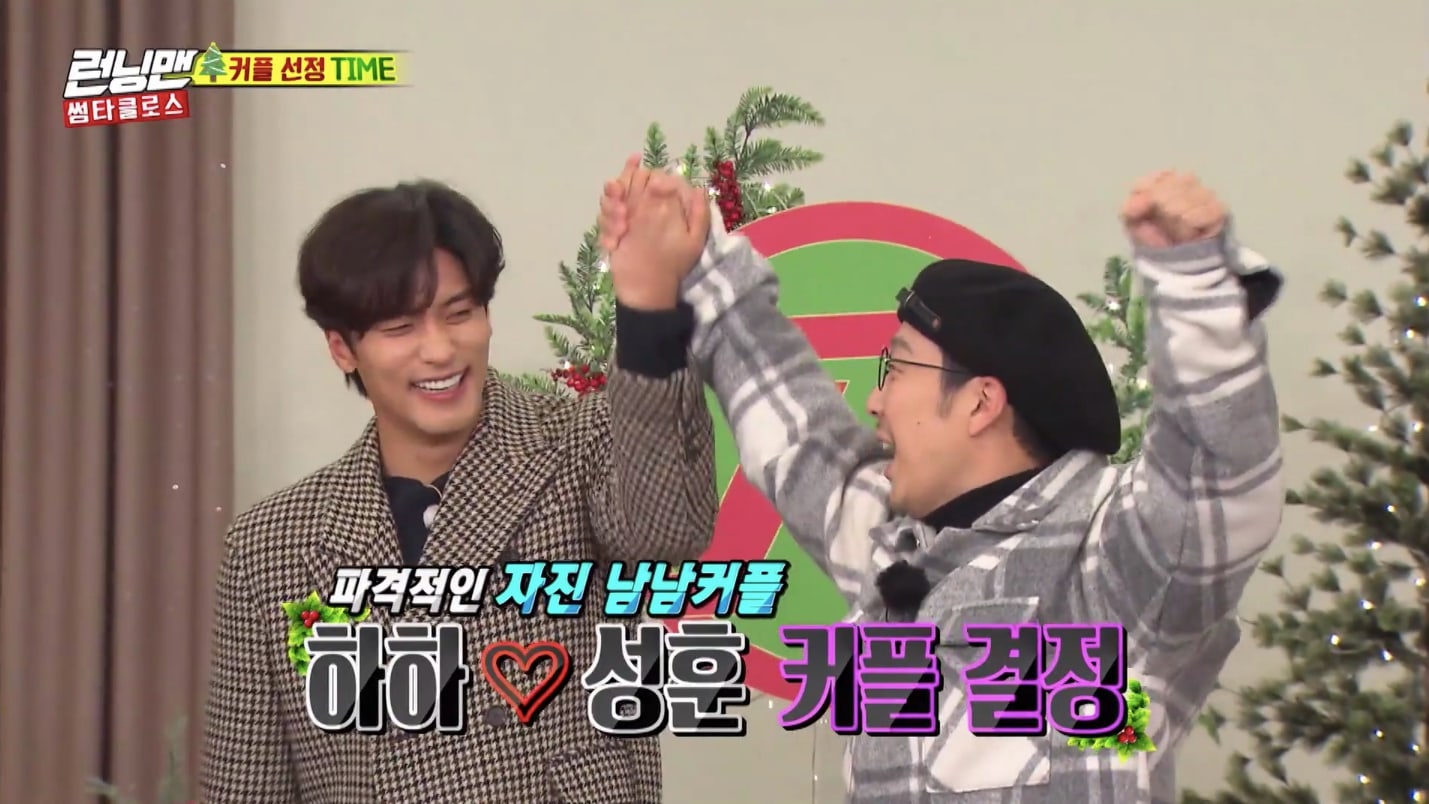 After jokingly complaining to Sung Hoon that “HaHa is mine,” Song Ji Hyo ultimately formed a couple with Yang Se Chan instead.

Meanwhile, Lee Kwang Soo chose to leave Han Sun Hwa to form a couple with Park Ha Na. Han Sun Hwa then moved on to Yoo Jae Suk, while Sooyoung successfully paired up with Kim Jong Kook for the race.