“My Strange Hero” tells the story of Kang Bok Soo (played by Yoo Seung Ho), who was expelled from high school after unfairly being accused of pushing a classmate off the roof. Many years later, he returns to the school for revenge. Jo Bo Ah plays the role of Son Soo Jung, the first love of Kang Bok Soo who is also a teacher at the school.

In the previous episode, Kang Bok Soo found himself in yet more trouble at school for causing property damage to the school while trying to save a student from danger. While he did so with good intentions, the teachers and parents saw him as a threat to other students, and they held a meeting to determine his punishment. Son Soo Jung took the teachers and parents’ side, calling Kang Bok Soo “the most dangerous student in the history of Seol Song High School.”

While they did not show the results of the meeting, the new stills released on December 24 show Kang Bok Soo and Son Soo Jung in a rather intimate position. In the upcoming episodes, Son Soo Jung pays a visit to a karaoke cafe and gets herself in a dangerous situation. Kang Bok Soo comes to her rescue and pulls her closer to him to protect her. 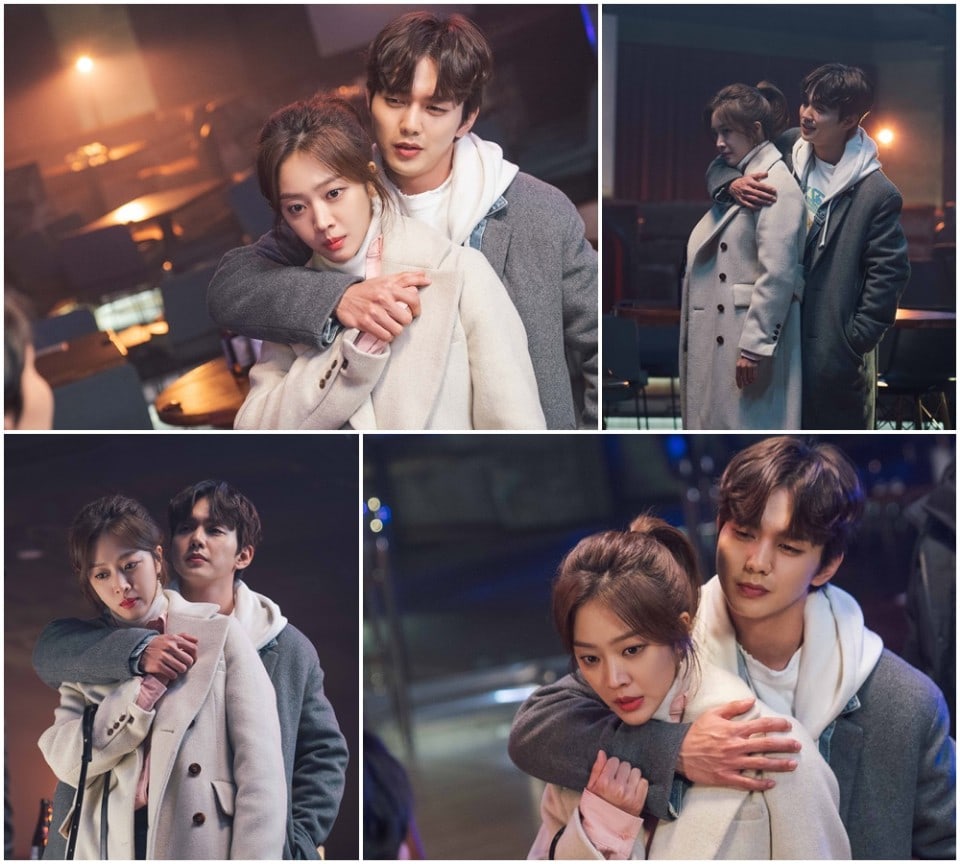 The production team commented, “The chemistry between Yoo Seung Ho and Jo Bo Ah is getting better and better everyday. It is to the point where every staff member is looking forward to the scenes with the two of them together. Please look forward to finding out whether the couple will be able to resolve the misunderstanding from 9 years ago and continue on their silly but sweet romance.”

The intimate interaction between Yoo Seung Ho and Jo Bo Ah will be included in the upcoming episode of “My Strange Hero,” which will air on December 24 at 10 p.m. KST.