In an interview with Hankyung, Yoon Kye Sang talked about acting, g.o.d, and Honey Lee, his girlfriend of over five years.

“Before I did ‘The Outlaws,'” said Yoon Kye Sang, “I felt like I had been pushed to the edge of cliff. I was busy with myself, my acting. Rather than reaching out for help, I just suffered on my own. After doing ‘The Outlaws,’ I learned how to ask others for help. It’s not exactly that I’ve found peace of mind, but more like I’ve found my direction as an actor.”

Talking more on how “The Outlaws” changed him, Yoon Kye sang said he had always been preoccupied with how he should portray his character. “Now, I just want the project to do well. If it does well, it reflects positively on everyone.” He said it was difficult and pressuring just to think about his own character before, but now that he’s let go of that, he’s gotten much better. 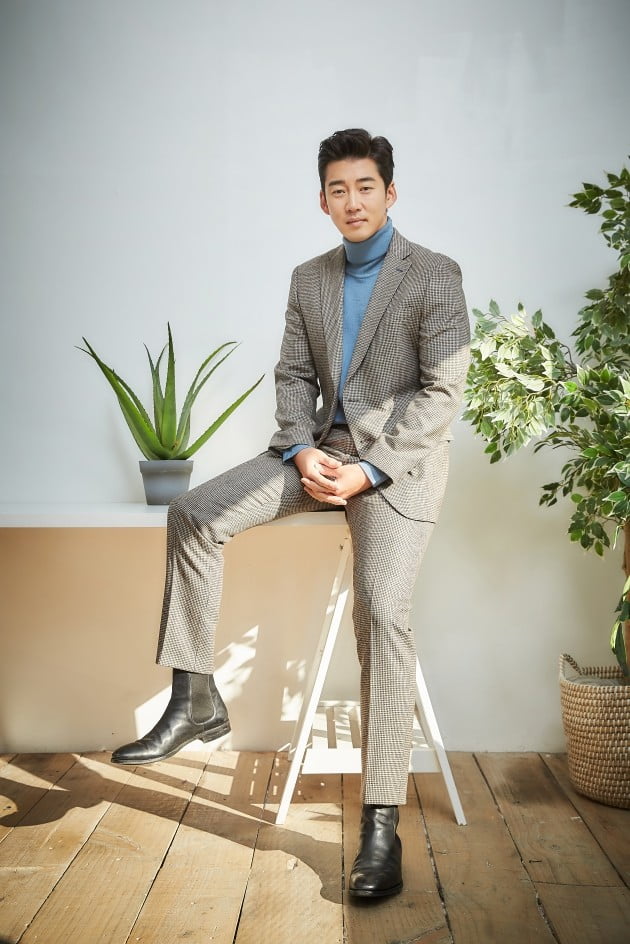 The 20th anniversary for g.o.d is coming soon, and Yoon Kye Sang expressed his thanks to the group and his fans. On the time he left g.o.d to pursue acting, Yoon Kye Sang said, “I was ashamed of my selfishness and trying to do something on my own. As [g.o.d] reunited, I came to see what was really important. Now, I’m really thankful. For the fact that I’m a part of g.o.d, and to my fellow members and fans. I’m happy.”

Yoon Kye Sang has been dating actress Honey Lee for over five years now, and when asked about possible marriage plans, he held his cards close and didn’t reveal much. He simply said, “Nothing has changed from last year or the year before that, so I don’t have anything to say. We’re happily dating.”

Yoon Kye Sang’s upcoming film, “Mal-Mo-E,” is going head-to-head with Honey Lee’s “Extreme Job” (literal title) in theaters in January. “We should both do well. As an actor, what bigger reward is there? And she worked really hard. I really enjoyed the trailer for her movie.”

Yoon Kye Sang
How does this article make you feel?