Lovelyz talked about their reaction to their song “Twinkle” from 2017 becoming more popular this holiday season!

The Woollim Entertainment girl group released “Twinkle” in November 2017 as the title track of their third mini album “Fall in Lovelyz.”

Recently, “Twinkle” has been mentioned on online communities as the perfect winter song, with many pointing out how it sounds like a carol. Lovelyz’s comeback performance of the song on “Music Bank” from last year reached No. 1 on Naver’s TV Cast Top 100 list of popular videos on December 12, and “Twinkle” also reached No. 1 on Melon’s Sudden Rise chart. The performance went on to surpass 1 million views on Naver by December 22.

After the increase in interest, the group performed “Twinkle” on the December 21 episode of “Music Bank” as part of the show’s Christmas special.

On December 24, Lovelyz hosted a fun Christmas Eve party with their fans through a V Live broadcast. When asked about the rise in popularity of “Twinkle,” Kei said, “When we were promoting ‘Twinkle,’ the reaction was a little disappointing, but now it’s receiving a lot of love. I’m so grateful.” She also added that it’s all thanks to their fans, Lovelinus.

Baby Soul commented that she’d been shocked when she woke up and found out that the video had been watched so many times. Sujeong said, “I was amazed when I saw it. The more amazing thing is that there are an unbelievable number of views and comments on the performance we did recently too!” 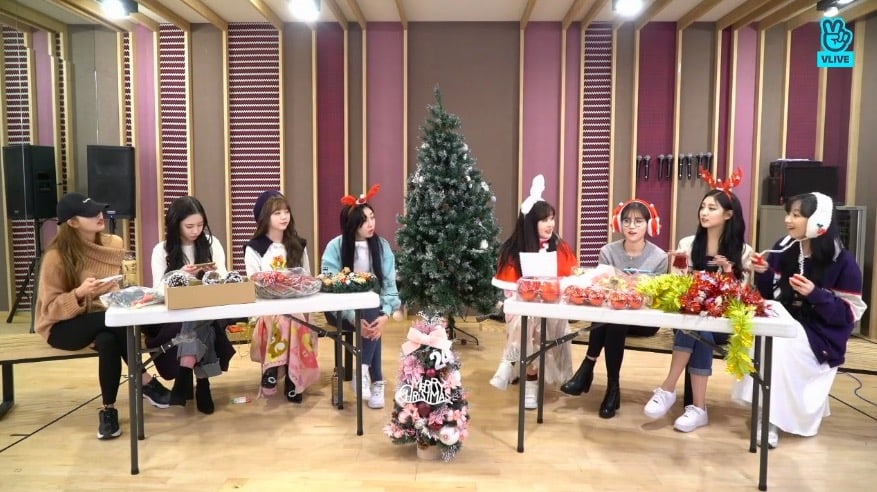 Lovelyz recently made a comeback with “Lost N Found” in November.

Have you got “Twinkle” on a holiday playlist this year?