New stills have been released for tvN’s “Touch Your Heart” (literal title)!

“Touch Your Heart” is about the romance that takes place at a law firm between top actress Oh Yoon Seo (played by Yoo In Ah) and a perfectionist lawyer named Kwon Jung Rok (played by Lee Dong Wook).

On December 25, the upcoming drama released romantic stills of Lee Dong Wook and Yoo In Na just in time for Christmas. These photos were taken during the couple’s filming for the previously released teaser that made viewers’ hearts race as the two people’s hands and eyes met.

Dressed in a pink check-patterned sweater, Lee Dong Wook flashes Yoo In Na a tender smile full of warmth. Yoon In Na also looks festive in a bright red sweater and shows off her lovely charms.

The leads look at one another as if they’re caught in a heart-stopping moment as they stand across from one another in front of the Christmas tree. 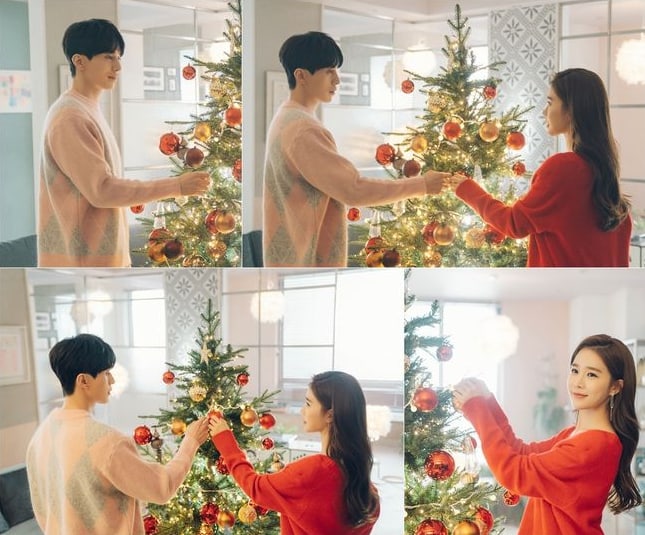 What kind of fateful love story will Yoo In Na and Lee Dong Wook tell this time? Find out when “Touch Your Heart” will premiere in the first half of 2019 as the follow-up to “Encounter.”

In the meantime, check out the latest episode of “Encounter” below!

Lee Dong Wook
Yoo In Na
How does this article make you feel?