New stills are here for SBS’s “My Strange Hero”!

“My Strange Hero” tells the story of Kang Bok Soo (played by Yoo Seung Ho), who returns to Sulsong High School in order to get revenge, and his first love Son Soo Jung (played by Jo Bo Ah), who’s currently a teacher at the school.

Last week, Kang Bok Soo found the picture Oh Se Ho (played by Kwak Dong Yeon) drew of Son Soo Jung and became jealous after seeing them speaking fondly to each other. Soo Jung also misunderstood the situation when she saw Kang Bok Soo pointing a broken stick at Oh Se Ho’s neck, thinking that he had caused trouble once again. Kang Bok Soo then tearfully asked Son Soo Jung why she didn’t ask him any questions about what was really going on just then as well as nine years ago, making viewers wonder if they’ll be able to move on from the past.

In the new stills, Kang Bok Soo and Son Soo Jung are talking at a playground. With the dimmed streetlight and darkness surrounding them, the two leads sit on two separate benches while talking to one another. In contrast to Kang Bok Soo, whose eyes become filled with tears, Son Soo Jung continues to look straight ahead with a composed expression on her face.

A source from the drama said, “Yoo Seung Ho and Jo Bo Ah are completing the storyline by perfectly pulling off the rollercoaster of emotions from their sweet past to the present where they misunderstand and resent each other. Please look forward to whether or not Kang Bok Soo and Son Soo Jung’s first love that was entangled in misunderstandings nine years ago can continue once again.” 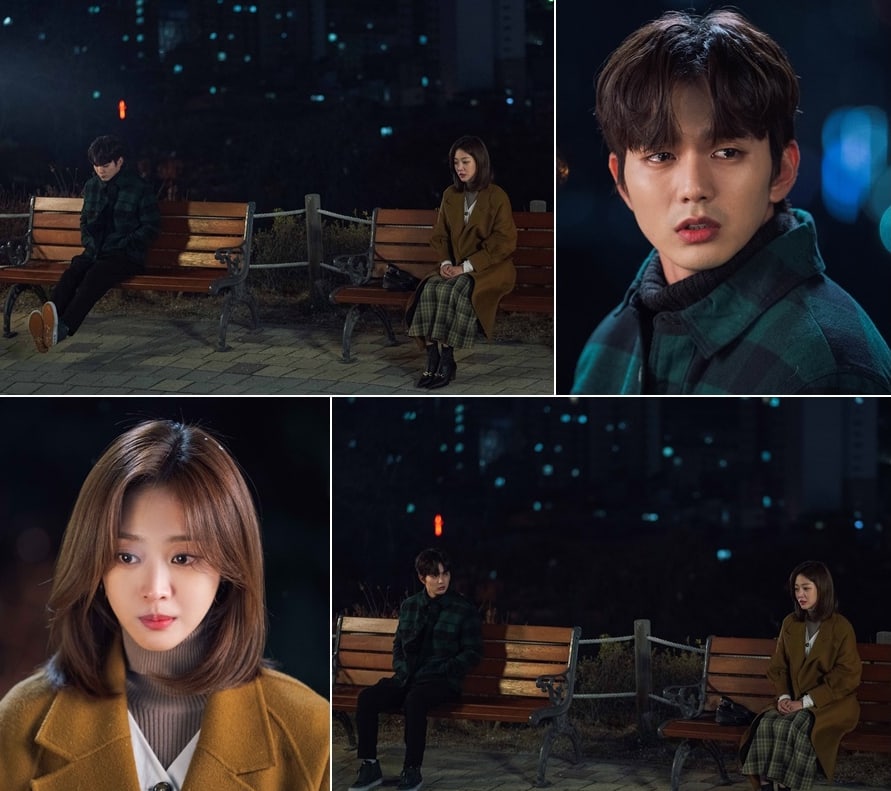 “My Strange Hero” airs on Mondays and Tuesdays at 10 p.m. KST. Check out the latest episode below!