Wanna One’s Kang Daniel has moved on from jellies.

On the December 25 episode of JTBC’s “Idol Room,” the hosts held a “Thank you Awards” along with BIGBANG’s Seungri and (G)I-DLE and looked back on past episodes.

Wanna One was the group that appeared on the first episode of “Idol Room,” during which they created the show’s signature pose and achieved the moment with the most amount of views to date.

Hosts Jung Hyung Don and Defconn revealed that the clip of Kang Daniel being told by the dentist that he can’t eat jellies anymore was the No. 1 most watched clip on the “Idol Room” channel.

They stated, “It recorded the most views at 4.7 million views. That means half of Seoul’s residents would have watched the video of Kang Daniel losing jellies. Do you not eat jellies anymore?”

Kang Daniel made everyone laugh when he replied, “I quit jellies, but I drink so much soda now. I’m drinking a lot of lemon-lime soda.”

The Wanna One member also created the signature pose for “Idol Room,” which is meant to look like a roof over the head by using one’s arms.

This pose bears some resemblance to the choreography for Park Jin Young‘s “Your House.” Park Jin Young appeared on the show in September and joked about how the pose was plagiarized.

In response, Kang Daniel amusingly explained, “The pose is really different. I don’t raise my leg.” 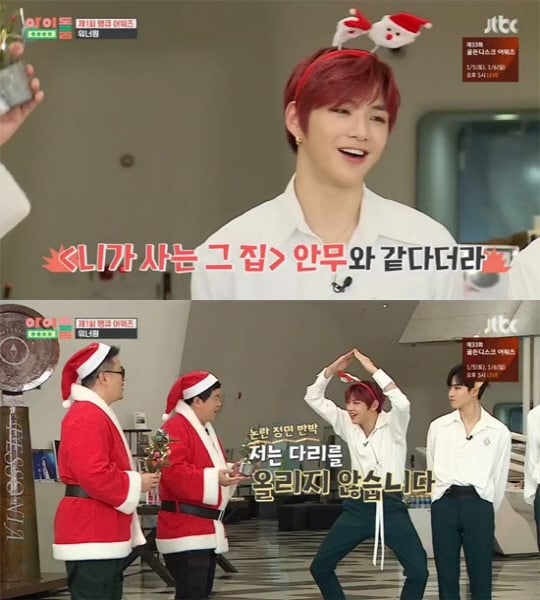 Wanna One
Kang Daniel
Idol Room
How does this article make you feel?