December 26, a press conference was held for the upcoming movie “The Man Inside Me,” a fantastical comedy about a man named Pan Soo (Park Sung Woong) and a high school student named Dong Hyun (Jinyoung) whose souls get switched due to an accident. Crazy antics ensue when Pan Soo, in Dong Hyun’s body, meets his first love Mi Sun (Ra Mi Ran) and the daughter he never knew he had (Lee Soo Min).

Jinyoung, who has a kiss scene with Ra Mi Ran in the film, said, “I’ve done kiss scenes before, but I was especially nervous for this one. It’s a scene where I need to take the lead, but Ra Mi Ran ended up leading me,” adding that the veteran actress gave him advice on what to do to create the best picture.

“The Man Inside Me,” which stars Park Sung Woong, Jinyoung, Ra Mi Ran, and Lee Soo Min, premieres on January 9. 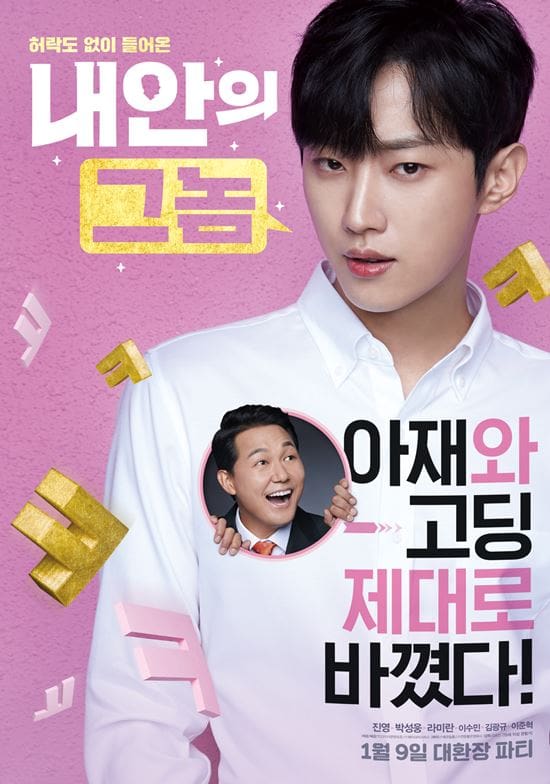 Ra Mi Ran
B1A4
Jinyoung (B1A4)
How does this article make you feel?