Park Hae Jin spent an extremely meaningful Christmas Eve this year. The actor spent December 24 with the children at the Hae Sim Won child welfare facility where he regularly volunteers and donates to.

After donating 50 million won (approximately $44,500) to the Hae Sim Won child welfare facility on his birthday in 2015, Park Hae Jin has since been donating to and volunteering at Hae Sim Won for years. He especially likes to do coal briquette volunteering with the children at the facility, thus teaching how to help others in need, and he always sends a snack food car every year to the children’s field day. This year he visited Hae Sim Won again bearing with him 100 servings of lunch meals, snacks, and fruit for the children.

Park Hae Jin’s fans also helped expand his good deeds by donating up to 20 boxes worth of wet tissues, school supplies, dried formula milk, clothing, and more. They also donated all the money they received from auctioning off their prized possessions at a Park Hae Jin exhibition event.

Park Hae Jin also cared for the children’s safety. As he is an honorary firefighter, he utilized the help of fire marshal Jung Moon Ho to do a fire safety inspection, install new fire supplies, and provide Hae Sim Won with medical supply kits in case the children get hurt during their outdoor activities.

After hearing about Park Hae Jin’s plans for this Christmas, the fire department also stepped up to take part in spending time with the children. Rookie actors Hong Sae Rom and Kim Eun Soo took part in this Christmas event, as well. Many people including Park Hae Jin, his fans, the fire department, Hong Sae Rom, and Kim Eun Soo came together on Christmas Eve this year to share their love and happiness with the children of Hae Sim Won. 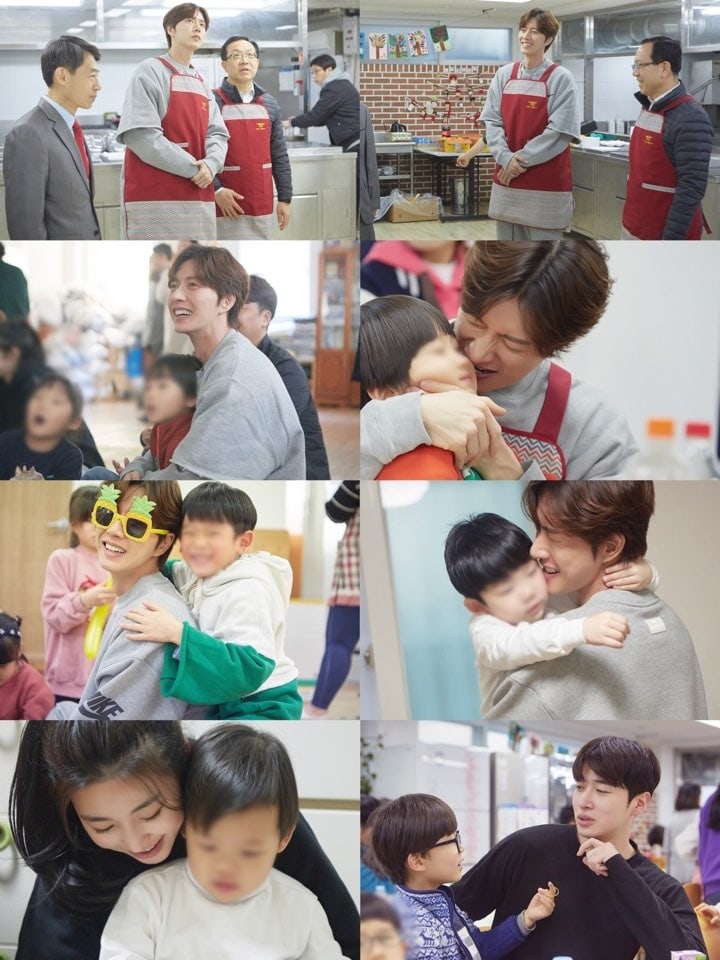