On the December 27 broadcast of KBS 2TV’s “Happy Together 4,” H.O.T.’s Moon Hee Jun revealed that Yoo Jae Suk played a big role in the group’s reunion.

The group recently held a reunion concert after 17 years, and Moon Hee Jun said, “I couldn’t believe it. [Our fans] were in front of us, and it was like a dream. It was our first time on stage in a long time, and our fans hadn’t forgotten about us.”

Tony Ahn said he wondered if it was okay that they were holding their concert at Olympic Stadium. “I didn’t know if it would be possible for us to fill the stadium after 17 years, but it was like we had gone back in time.” 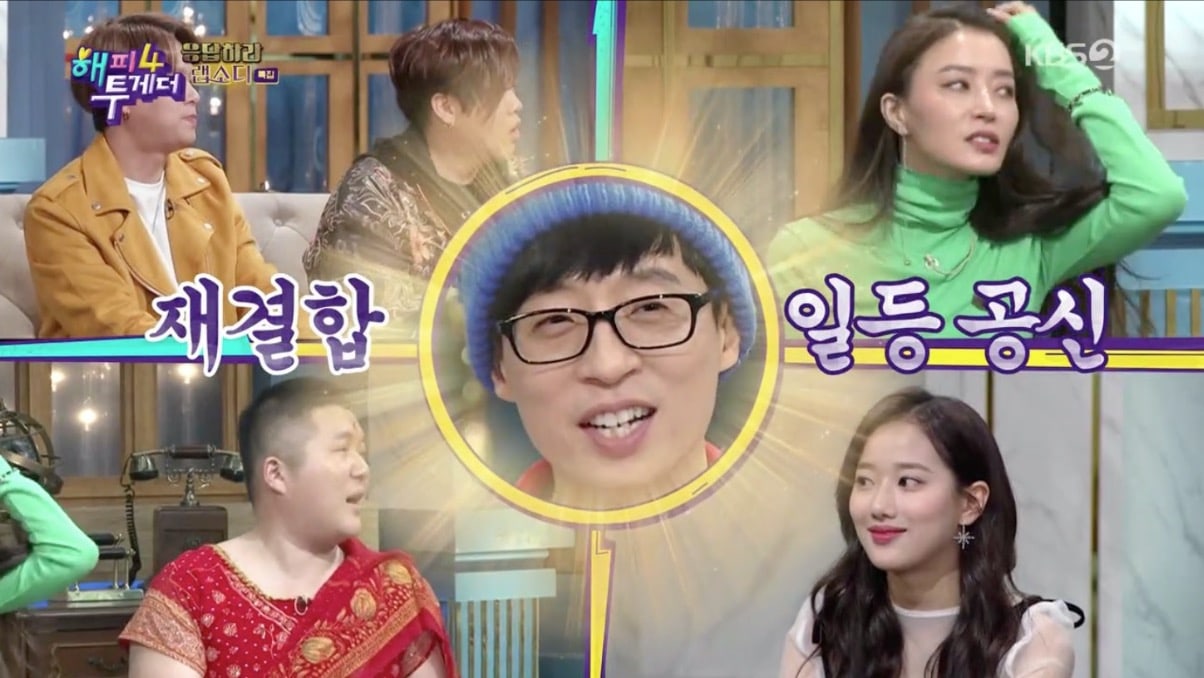 He said, “I’m so thankful to Yoo Jae Suk. The Saturday Saturday Is for Singers special on ‘Infinite Challenge’ had been going on for several years. After a certain point no would have faulted the show for saying it’s not easy to get H.O.T. back together and giving up, because they had asked us for three to four years. But Yoo Jae Suk didn’t give up, and he kept asking us to try one more time, so we decided to do it.” 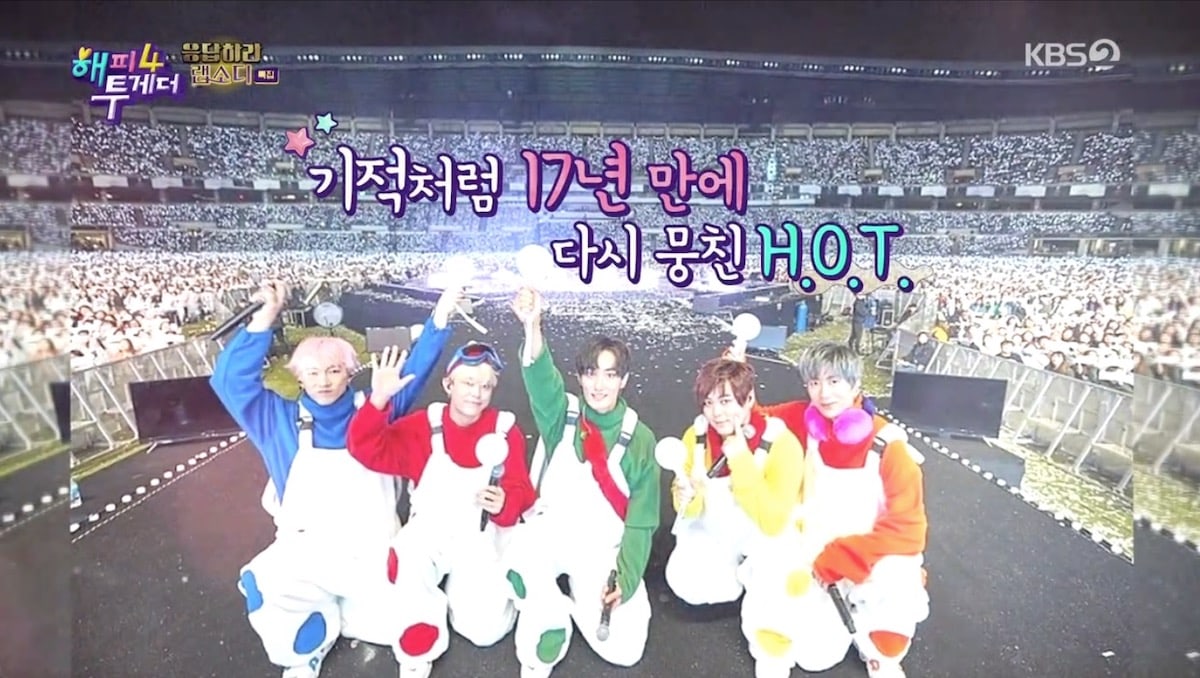 Tony Ahn also revealed that practicing for the concert made him decide to quit smoking. “During our first practice, I collapsed.”

“The movements are really large, so we were out of breath, but there were also a lot of moves where we had to squat down. We were all yelling as we got up,” said Tony.

Moon Hee Jun added that they had to change some of their choreography. “There was a move where we kneel and turn, but everyone’s knees are bad, so we couldn’t do it. We eventually changed the move altogether.”