Kwanghee paid a memorable visit to the SBS broadcasting studio on the latest episode of “We Will Channel You”!

On the December 27 episode of the variety show, Kwanghee reunited with Kang Ho Dong when he appeared as a guest on the program. The singer-turned-TV personality was recently discharged after 21 months of military service.

Kwanghee, a former host of “Inkigayo” who still holds the title for longest-running MC, walked around the studio with Kang Ho Dong. When they went to the cafeteria to enjoy some of the famous “Inkigayo” sandwiches, they ran into BLACKPINK’s Jennie. Kwanghee expressed surprise and joy at seeing the girl group member, and he immediately bought another sandwich for her.

Kwanghee had previously named BLACKPINK as the girl group who had given him the most strength during his military service in his post-discharge interview. After running into Jennie in the cafeteria, he danced to her solo debut track “SOLO” and also came up with an acrostic poem using the phrase “Jennie SOLO.” 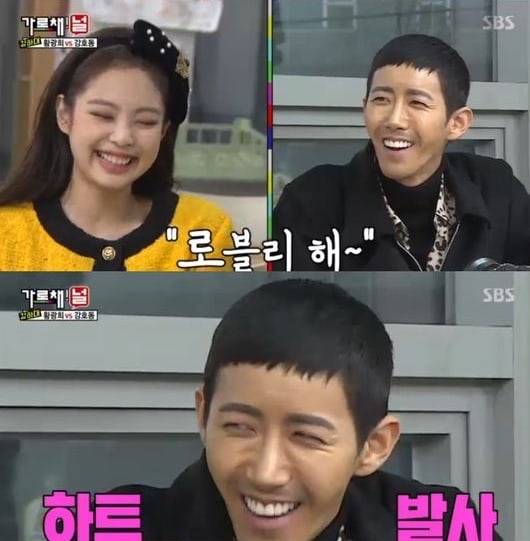 Kang Ho Dong and Kwanghee then headed backstage to the “Inkigayo” waiting rooms, where they surprised WINNER’s Song Mino.

Song Mino was completely taken aback when the two walked in and began shouting. He asked, “What is this?” and Kang Ho Dong explained that they were filming for “I Will Channel You.”

Kwanghee pointed out, “You two appear in many programs together,” and Kang Ho Dong replied that they go by the name “Minho Dong,” a combination of “Minho” (the unstylized form of Song Mino’s name) and “Ho Dong.” Song Mino added, “To be honest, [Block B’s] P.O joined us recently, so I got Kang Ho Dong taken away from me. They’re now ‘P.Ho Dong.'”

Kwanghee responded, “Kang Ho Dong is smart, because he’s able to recognize people who are going to be successful. If he senses that a member has potential, then he grabs them. I was grabbed too.”

He jokingly continued, “He was going to grab [BIGBANG’s] G-Dragon too, but he couldn’t because YG [Yang Hyun Suk] blocked him from doing so. YG is smart.” 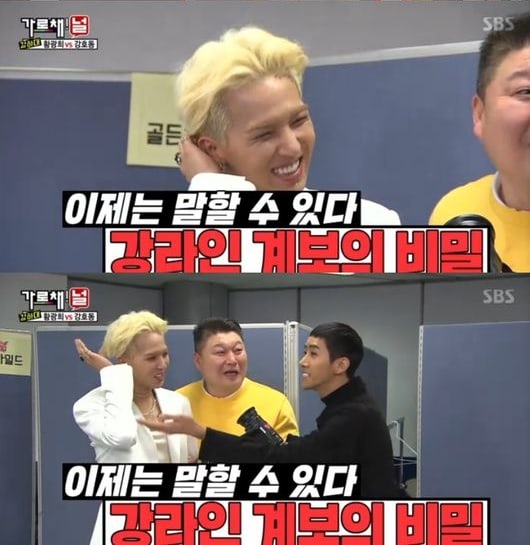 WINNER
BLACKPINK
Song Mino
Kang Ho Dong
Kwanghee
Jennie
We Will Channel You
How does this article make you feel?