On the latest episode of SBS’s “We Will Channel You,” BIGBANG’s Seungri dished on what goes on behind the scenes at “Inkigayo“!

The December 27 broadcast of the variety show featured Kwanghee, who was recently discharged from the military, returning to the “Inkigayo” cafeteria for the first time in years. While watching the footage from the studio, Seungri commented with a sly smile, “That cafeteria on the fourth floor is really an incredible place.”

He went on to explain, “No one’s allowed to eat in the waiting rooms [at ‘Inkigayo’], so all the performing artists always wind up eating in the cafeteria on the fourth floor. That’s where lots of things end up happening.”

Yang Se Hyung asked, “Between the singers?” Seungri replied, “Yes. So many things happen there, at that cafeteria on the fourth floor.” 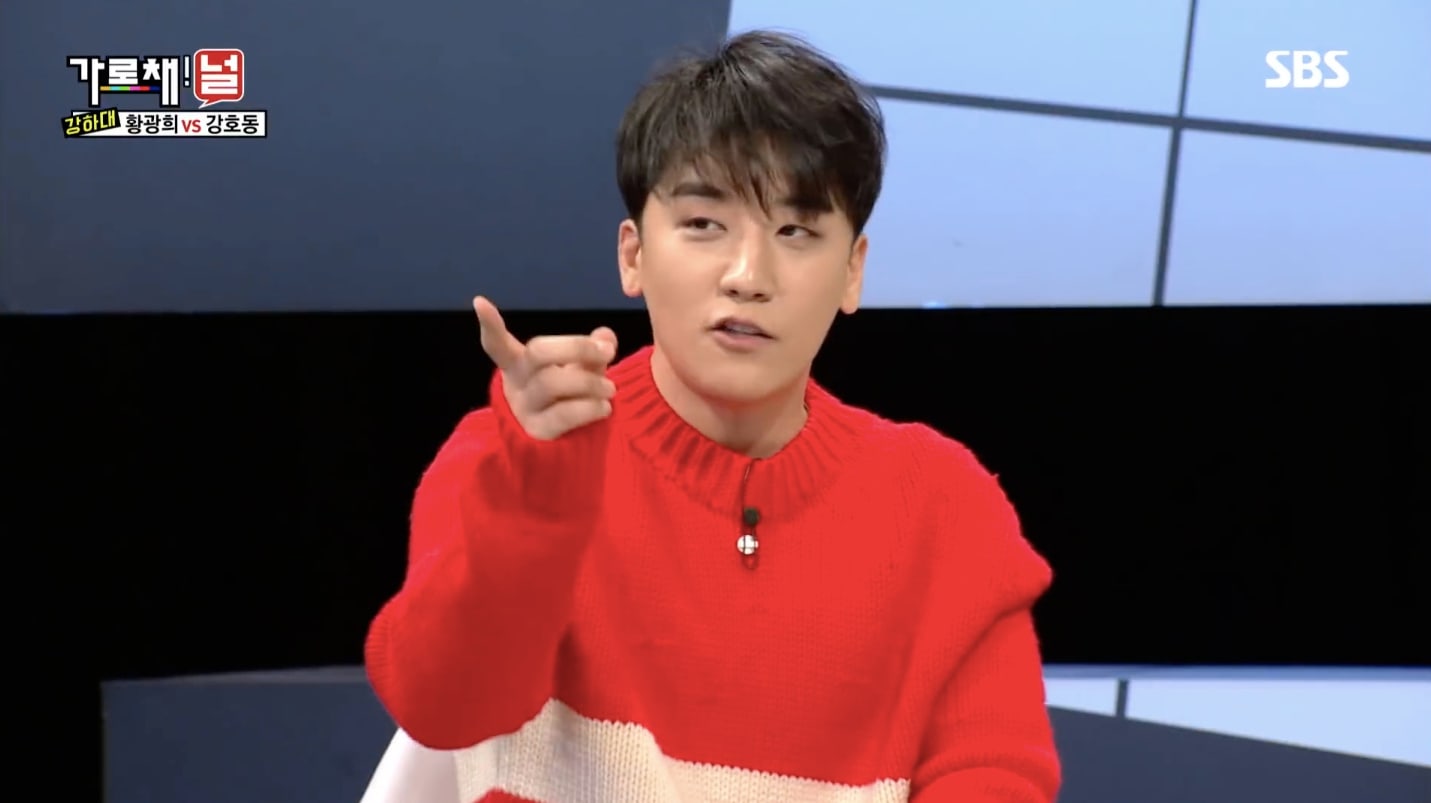 He then revealed one method that idols could use to secretly exchange phone numbers backstage at the music show.

Referring to the famously delicious “Inkigayo sandwiches” sold at the cafeteria, Seungri asked, “You know those sandwiches? You know how they’re wrapped in plastic? Sometimes people would unwrap one side of the plastic, slip their phone number inside, and give [the sandwich] to someone.”

Kwanghee exclaimed with a laugh, “You’ve clearly done this before!” He turned to Yang Se Hyung and said, “He’s talking about himself.”

However, Seungri insisted, “This story wasn’t about me.” 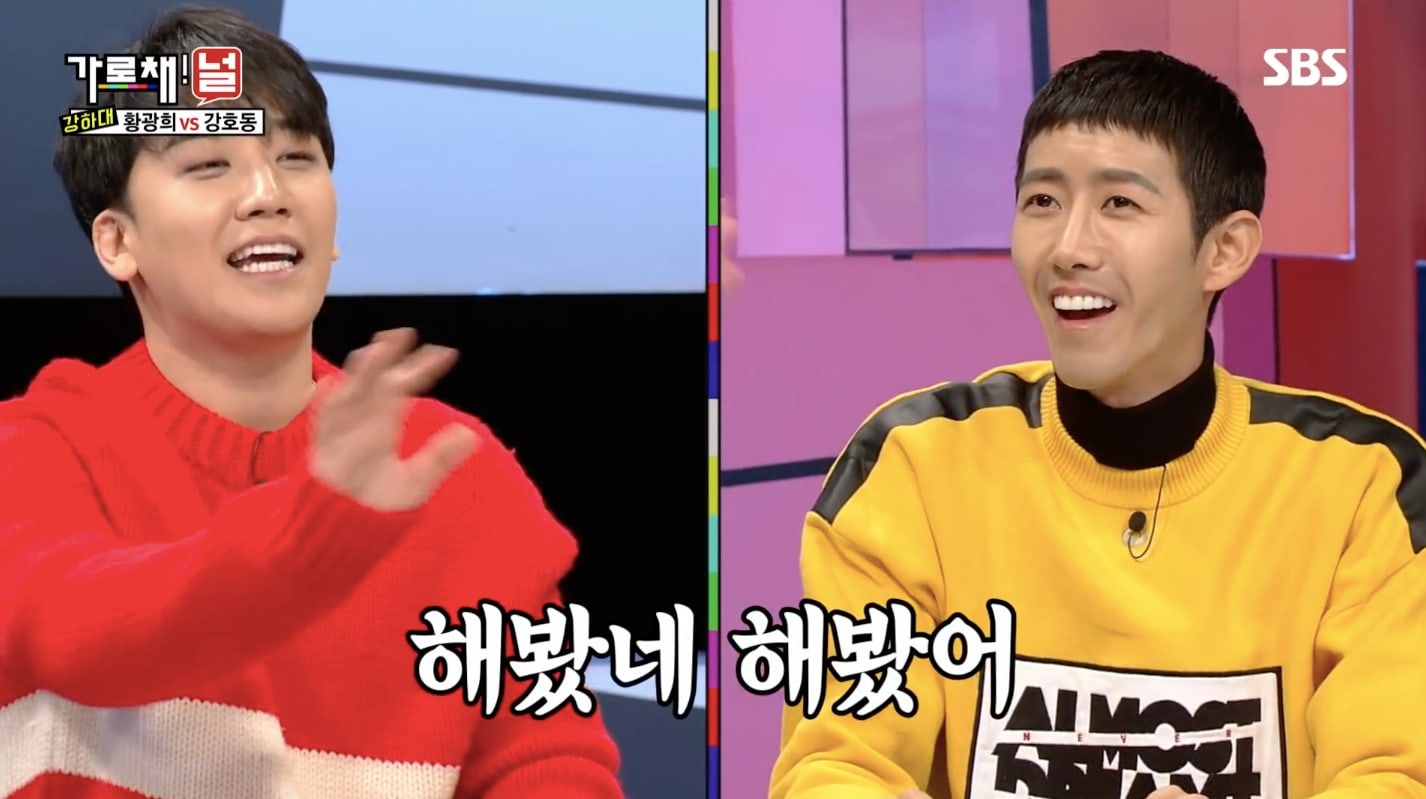 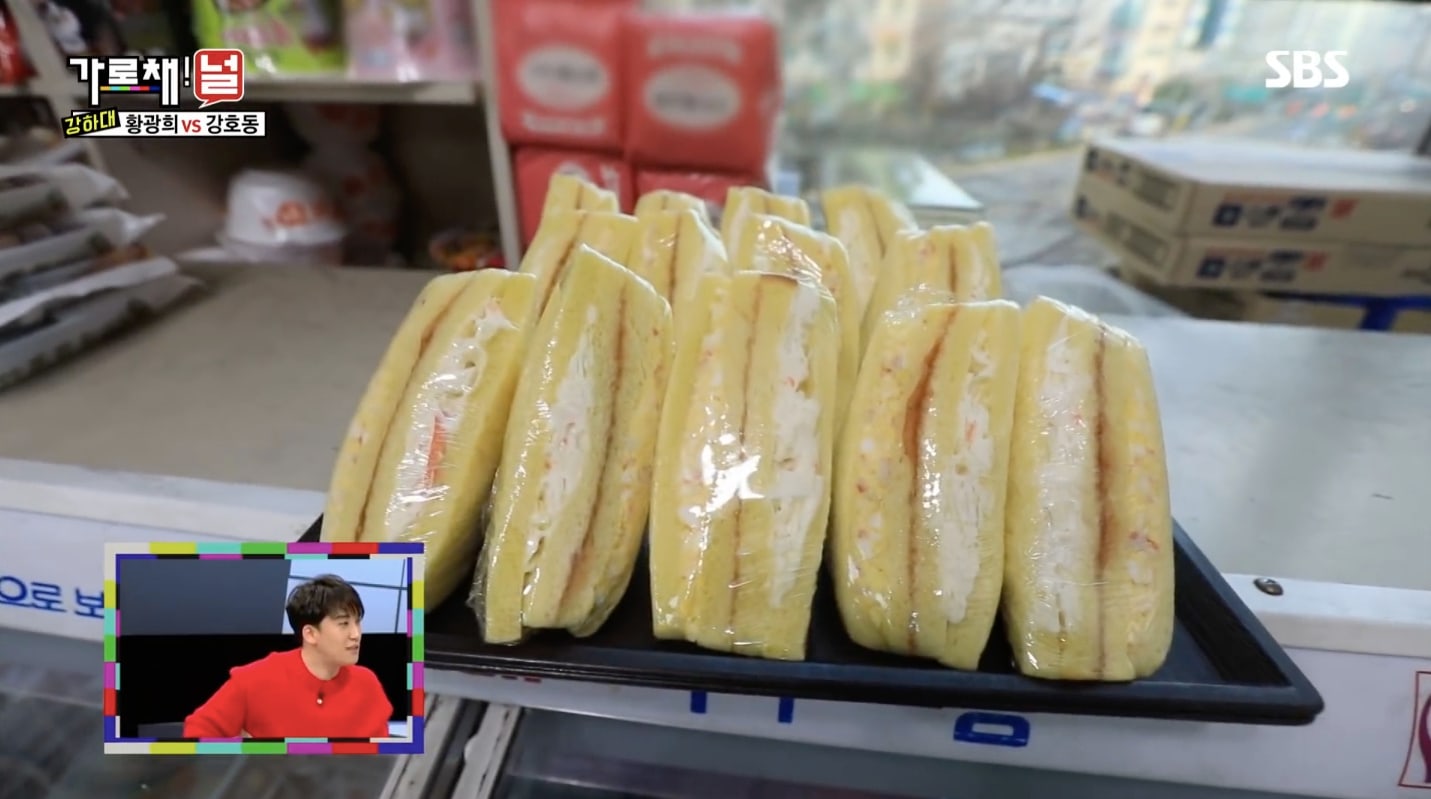