SBS’s Monday-Tuesday romantic comedy drama “My Strange Hero” is about Kang Bok Soo (played by Yoo Seung Ho) who is expelled from school after being falsely accused of violence. Kang Bok Soo returns to the same high school nine years later as an adult to get his revenge. In addition to his tough charisma, Yoo Seung Ho is charming the viewers with his sad and desperate gaze as he looks at his first love Son Soo Jung (played by Jo Bo Ah).

In the released stills, Kang Bok Soo, unable to contain his happiness, is laughing foolishly while cleaning the school. After receiving on-campus volunteer work as punishment, Kang Bok Soo works hard with a broom in hand. He continues to smile on his own despite having missed school recently for awhile after being hurt by Son Soo Jung’s misunderstanding. 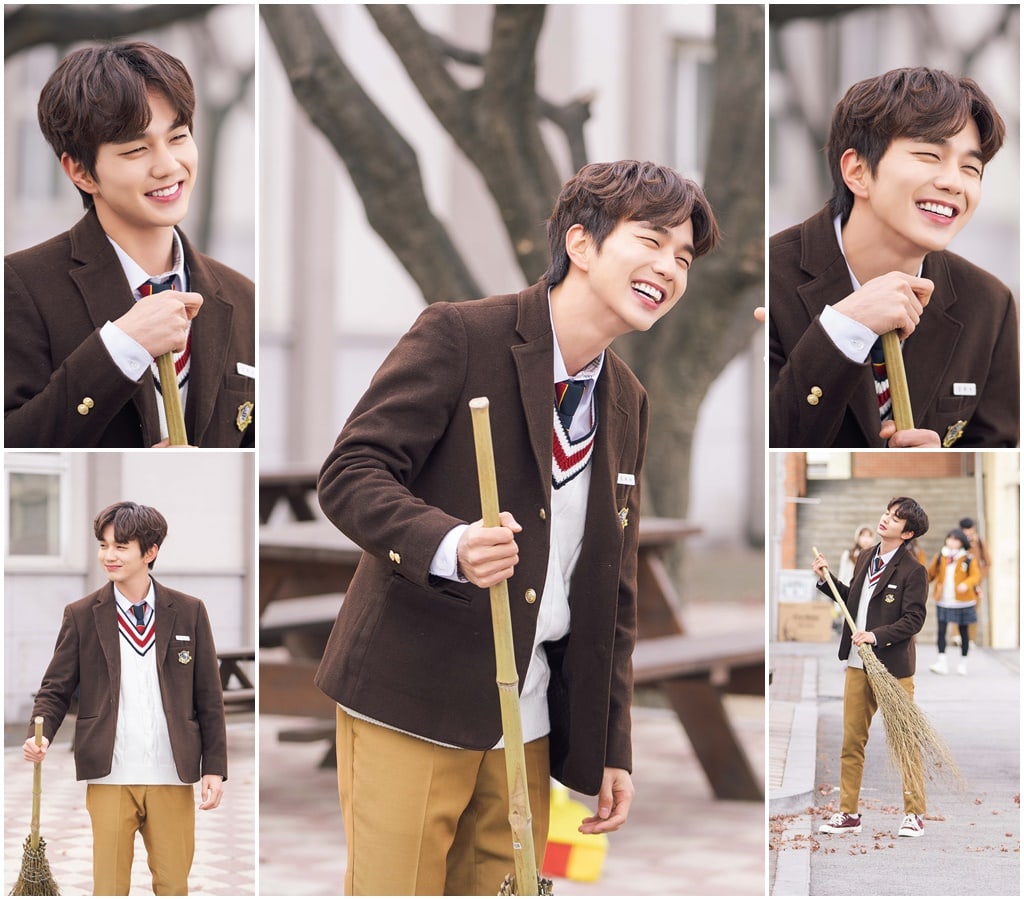 The “foolishly laughing with a broom” scene was filmed at a high school in Seoul’s Yongsan District. When Yoo Seung Ho arrived on the filming set while smiling brightly at the staff, director Ham Joon Ho jokingly said, “We can do today’s filming exactly like this. We’ll finish soon,” making the set explode with laughter. Furthermore, after a few rehearsals, Yoo Seung Ho used his trademark eye smile and bright expressions to perfectly reproduce Kang Bok Soo’s happiness, making the staff and supporting actors’ hearts flutter.

The production staff said, “Yoo Seung Ho is always smiling, even on a normal basis. He has the charm to make the people around him happy. This scene will properly show that side of Yoo Seung Ho’s charm.” They added, “Please look forward to seeing how Kang Bok Soo will spread his happy energy after resolving the misunderstanding with his first love after nine years.”

“My Strange Hero” airs every Monday and Tuesday at 10 p.m. KST. Watch the latest episode below!