Mnet’s “M Countdown” did not air on December 27, with coverage from 2018 MAMA in Hong Kong being aired instead.

On December 28, Mnet released their “M Countdown” charts for the third week of December from December 17 to 23, showing that WINNER’s “Millions” had topped the charts and secured their first music show win for the song. They were followed by Ben’s “180 degree” in second place, The Boyz’s “No Air” in third, Lovelyz’s “Lost N Found” and UP10TION’s “Blue Rose” in fourth and fifth place respectively. 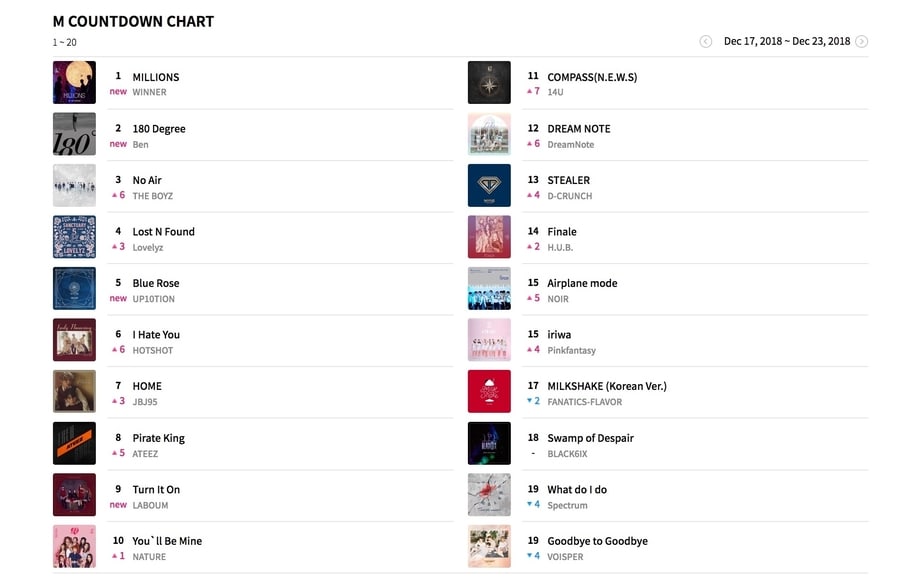 Congratulations to WINNER on their first music show win for “Millions”!

WINNER
M Countdown
How does this article make you feel?