Seungri And His Sister Hang Out On “I Live Alone,” Talk About Her Friendship With BTS’s J-Hope And EXID’s Hyerin

On the December 28 broadcast of MBC’s “I Live Alone,” BIGBANG’s Seungri met with his younger sister, Lee Han Na.

The two met at a store so Seungri could pick out a birthday gift for his sister. He said during his interview, “Until now, I’ve always given my sister gifts like shoes, clothes, or handbags, but I’ve never seen her use them. She doesn’t even take photos. Because my sister DJs, I wanted to gift her with a high-tech piece of equipment or instrument.”

He said he’s not that close with his sister because they were apart a lot when they were young as he was preparing to join BIGBANG. “We didn’t see each other a lot. I stopped by occasionally when our mom would cook, and other than saying hi to each other in passing when my sister was DJing, this is the first time I’ve met with her in a long time. It’s a little awkward, and I don’t really know what to say.” 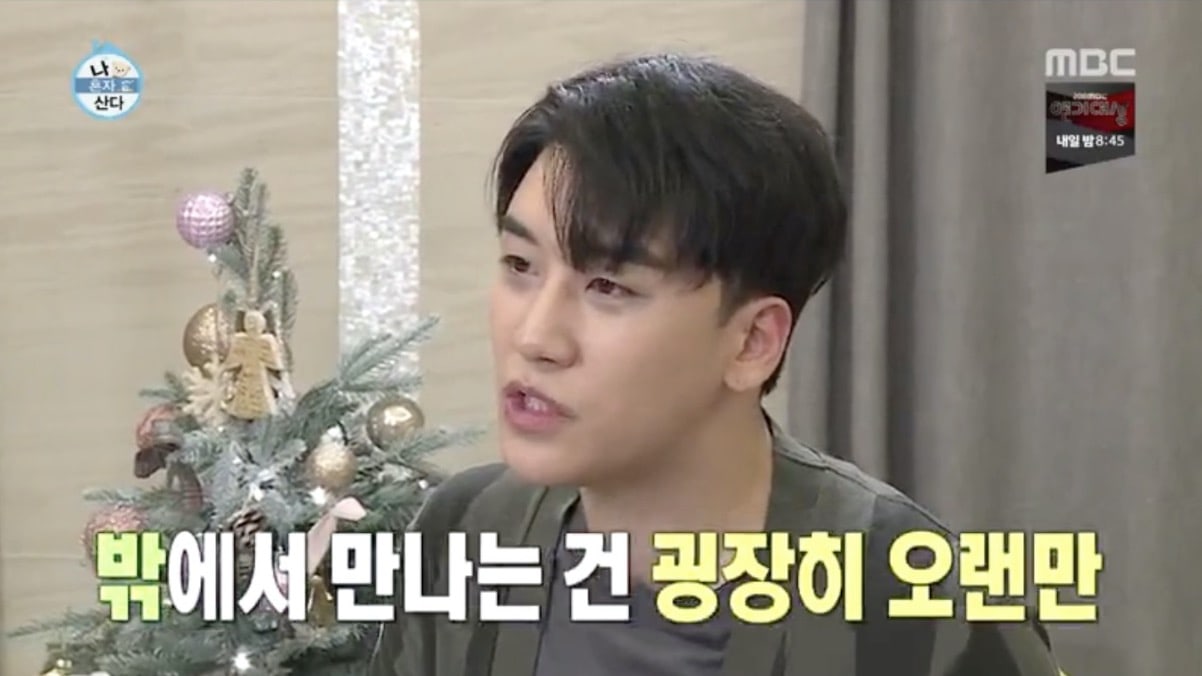 At the store, Lee Han Na found a piece of equipment that she liked, and when Seungri asked about the price, the store employee said it was 980,000 won (approximately $878). After struggling with the high price point and attempting — and failing — to haggle, Seungri handed his card over for 980,000 won. 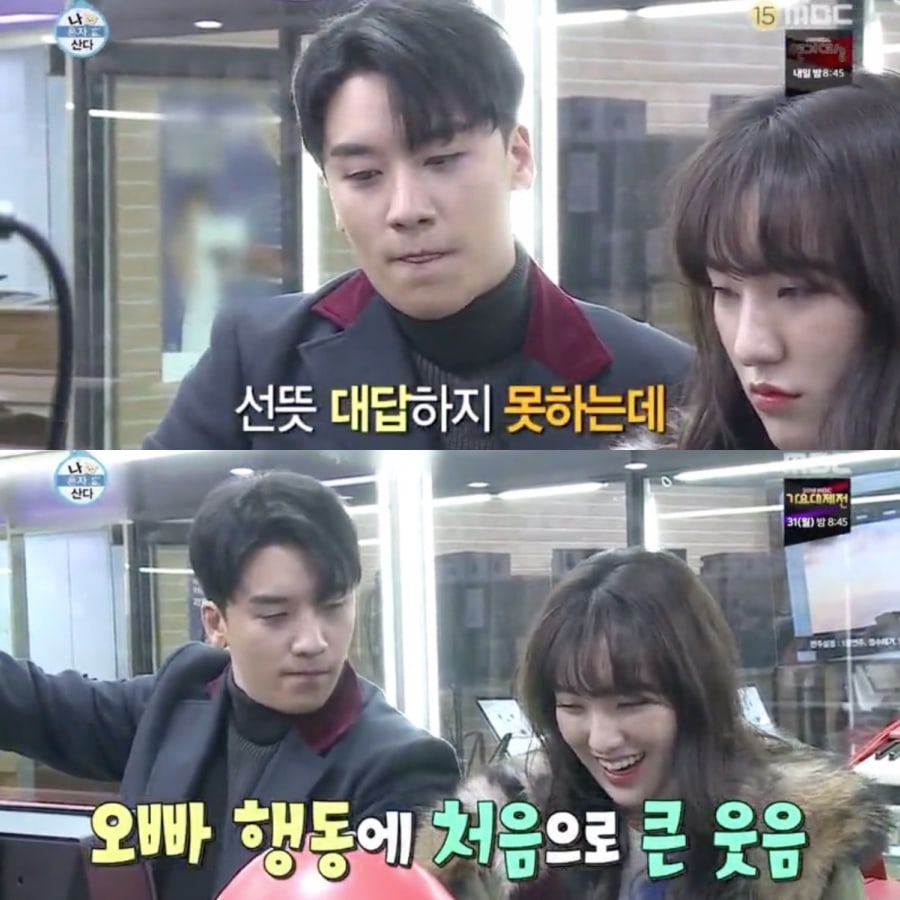 Seungri then took his sister to a cafe, where he asked her if any of her friends like him. She said, “Not you, but BIGBANG.” Seungri asked again if her friends ask if they can meet him, and she said, “There’s no one. They do ask this: ‘Have you seen G-Dragon?’ ‘What’s Taeyang like?’ They don’t ask about you.”

She said the celeb that’s popular among her friends is Park Bo Gum. Seungri, desperately, said he hears from people that he looks a little like Park Bo Gum, but was shot down by his sister once again. 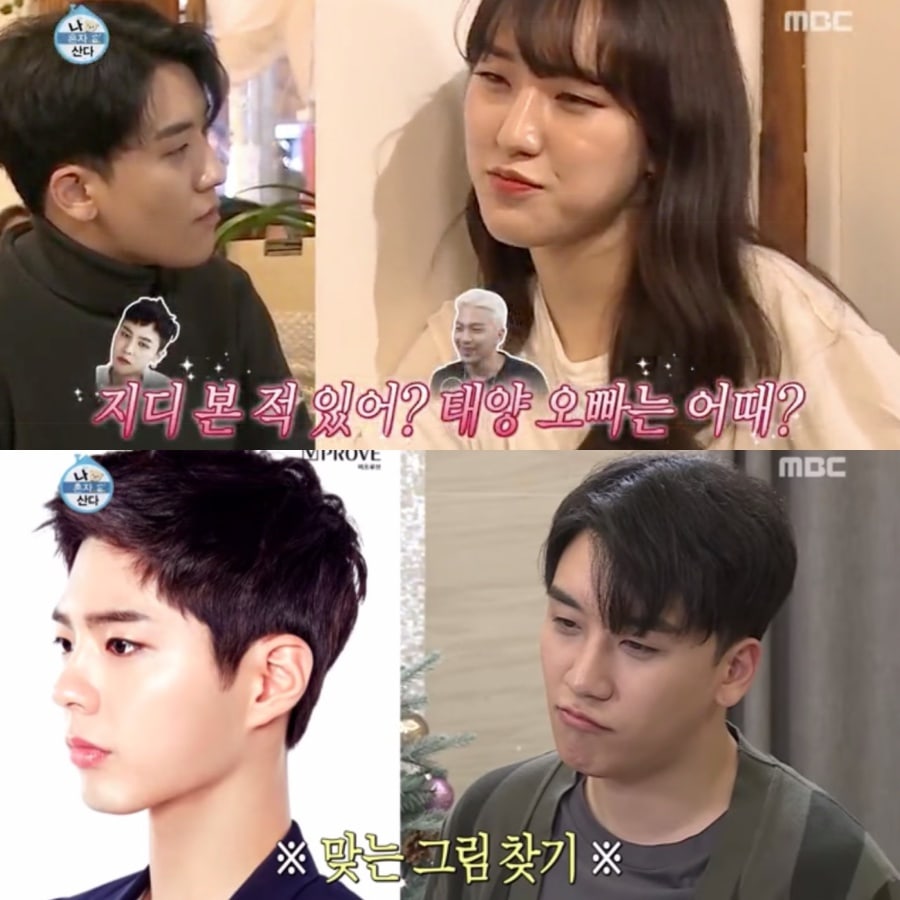 Seungri then asked how she’s close to BTS. She said, “There’s a member named Hoseok, and we used to go to the music academy in Gwangju together.” Seungri asked if it was the academy he had run, and she said yes. Seungri, hearing this news for the first time, said again, surprised, “BTS is from my music academy?” and Lee Han Na showed him a picture of J-Hope.

Lee Han Na said, “[BTS] is insane. I was invited to their concert, so I went, and they’re just on another level. Their dressing room was on the second floor, and they were gracefully coming down the stairs. They’re on another level.” 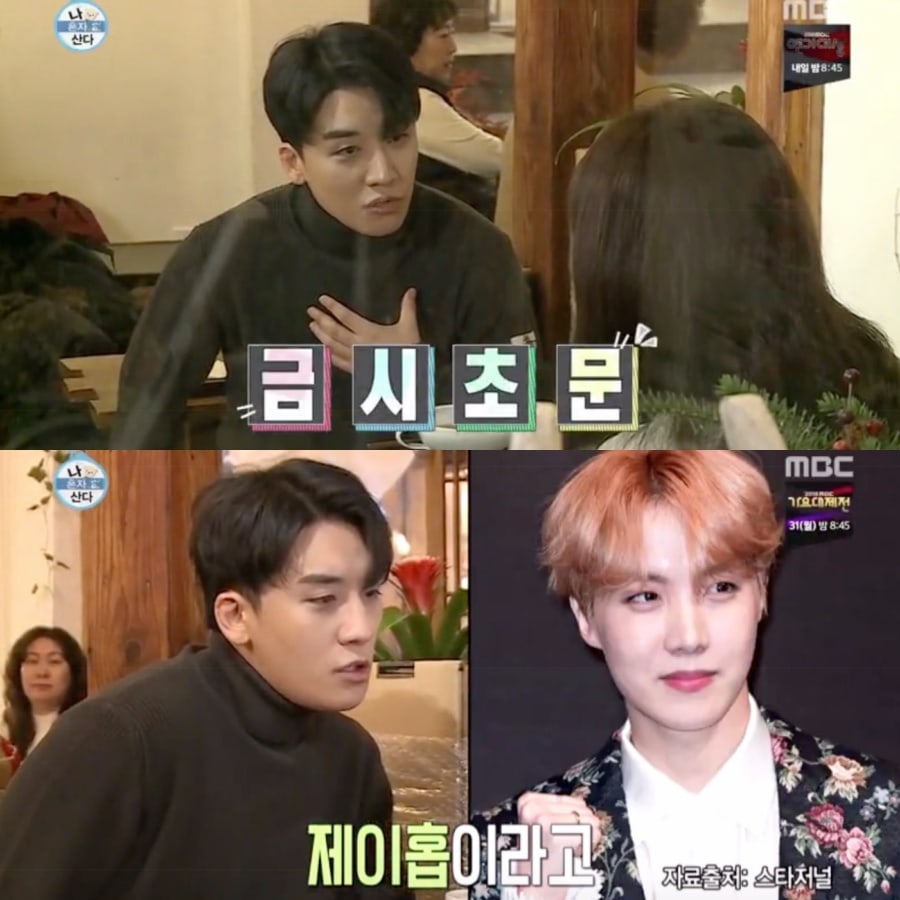 Seeing how his sister’s expression brightened while talking about BTS, Seungri said, “BIGBANG did all of that, too.” Lee Han Na laughed, saying, “What did you do? I was there, too, and I saw it all.” Seungri quickly recovered and said he would take her on a helicopter when BIGBANG makes a comeback.

He also asked his sister about being close to EXID, and how she’s so close to celebrities. She said, “They’re all from the same music academy.” When Seungri seemed surprised again to hear about who was from his own academy, Lee Han Na said, “Hyerin! I introduced you guys the other day. She used to come over to our house, and you’ve run into her before.” 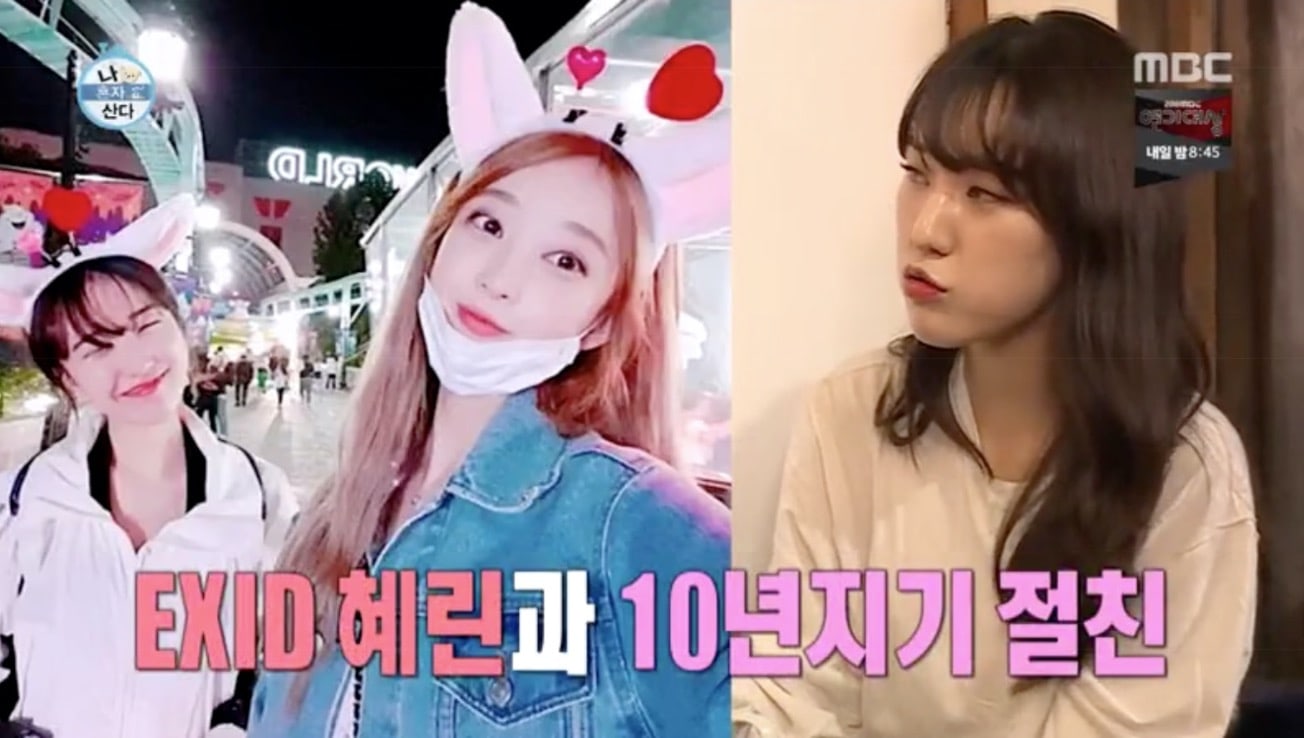 On the pros and cons of having a celebrity brother, Lee Han Na said a pro is that he makes a lot of money, and a con is that when people find out she’s Seungri’s little sister, she has to be careful about how she acts because of how people will talk about her.

Seungri, in his interview, said, “People would whisper about her being my sister. She was so stressed for a long time, and she developed skin trouble and also experienced some health issues, so I’m sorry about that.” 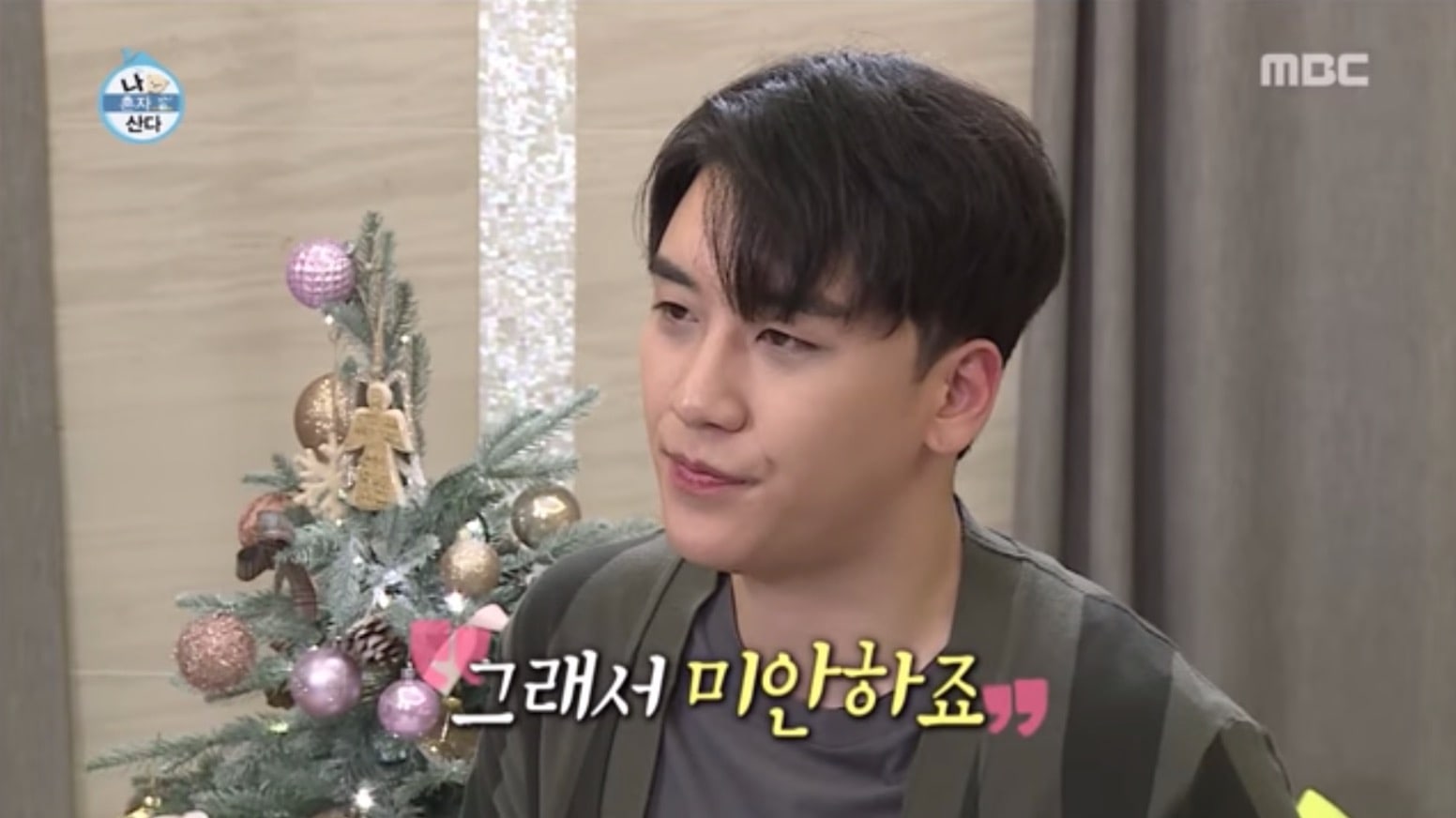 After tea, the siblings closed out their night with some fun taking goofy photos in a photo booth: 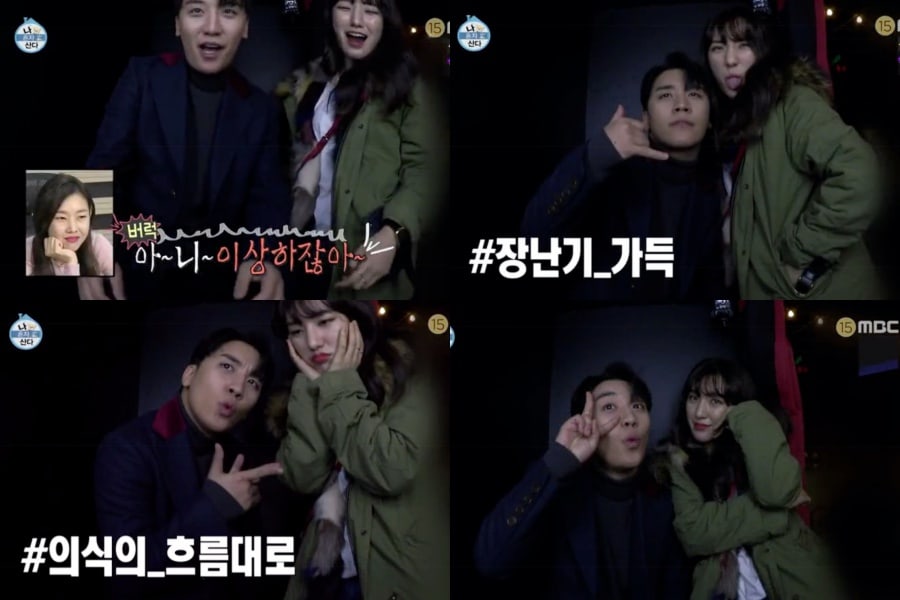