On the latest episode of MBC’s “Under 19,” the contestants went head-to-head in a battle to win over GFRIEND’s Yerin!

The December 29 broadcast of the idol audition program featured a year-end special entitled “Weekly Idol-in-Training,” a lighthearted segment that tested the trainees’ variety show skills. Yerin appeared as a special MC for the episode alongside Super Junior’s Leeteuk and Shindong.

Leeteuk and Shindong kicked off the episode by declaring that it was important for an idol to be able to show off their charms and attract new fans by stealing their hearts. They then asked the contestants to face off in one-on-one battles in an attempt to win Yerin over and successfully make her their fan.

The first competitors were Jung Jinsung and Kim Jungwoo, who claimed to be the vocal team’s resident sexy members. Leeteuk instructed each of them to display three of their sexiest facial expressions, then asked, “Who’ll go first?”

Jung Jinsung, who had already declared that he was confident of his victory, immediately jumped to his feet and faced Yerin. Although Yerin initially caught him off guard by asking him to face the camera instead of her, the other two MCs insisted that they face each other during the battle. For his three expressions, Jung Jinsung showed off a wink, a finger gun, and a finger heart. 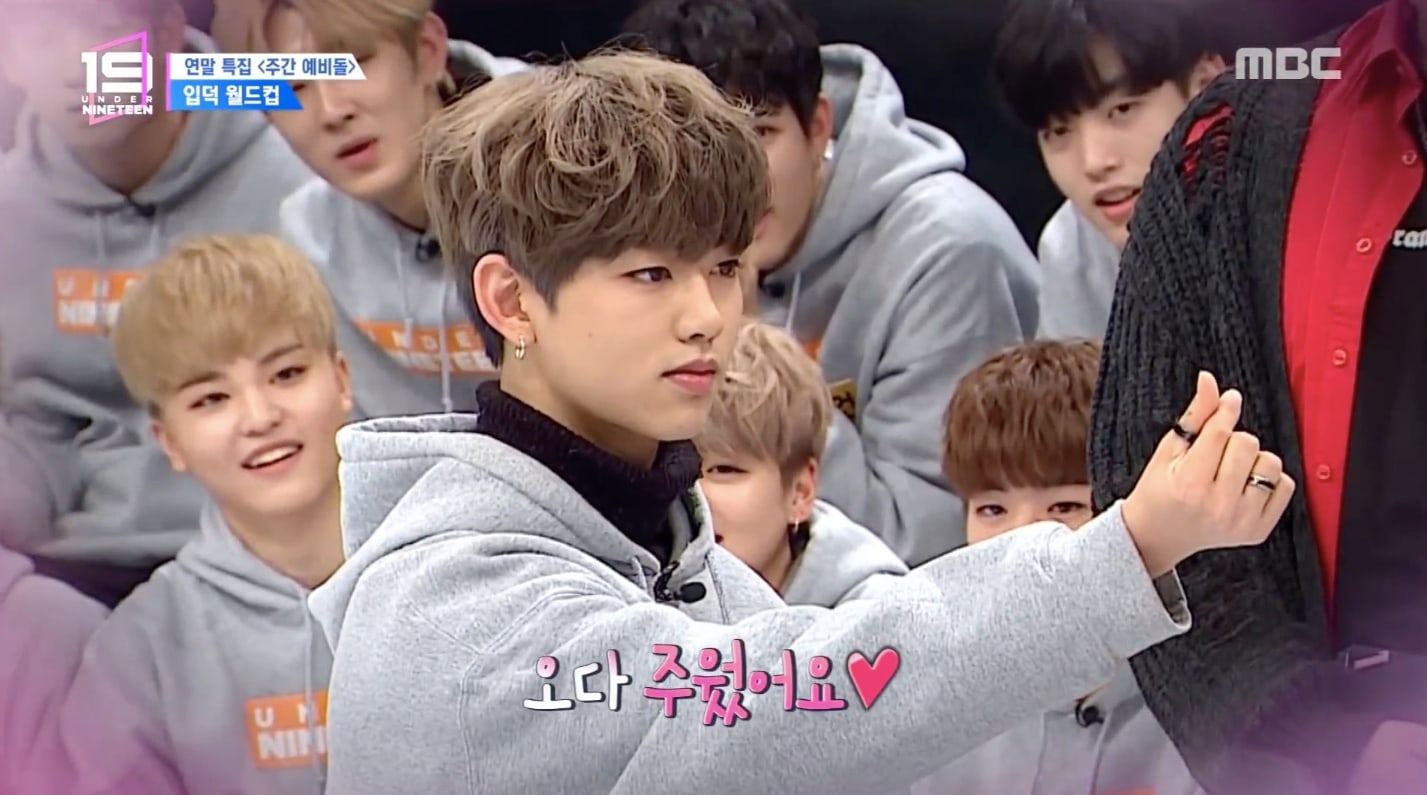 When it was Kim Jungwoo’s turn, he confessed, “To be honest, I don’t feel very confident.” However, he went on to shock everyone in the room by winking at Yerin while seductively licking his lips. As the other contestants reacted with both laughter and horror, Kim Jungwoo fell to his feet in embarrassment and eventually ended up forfeiting the battle when he couldn’t bring himself to continue.

Leeteuk and Shindong then asked Yerin to choose between the two contestants, and Yerin chose Jung Jinsung as the winner.

Later on in the show, dance team contestants Eddie and Lee Jongwon went up against one another, and Eddie suggested a girl group dance battle. Lee Jongwon confidently replied, “I’ve never danced [to girl group songs] before, but should we give it a try?”

Eddie proved himself to be a girl group dance expert, performing a medley of female idol hits that began with BLACKPINK’s Jennie’s “SOLO” and TWICE’s “YES or YES.” He then prompted Yerin to join him in his cover of GFRIEND’s “Navillera,” and the two danced together to the song in unison.

Not to be outdone, Lee Jongwon surprised everyone by diving headfirst into a passionate cover of AOA’s “Like a Cat,” with Eddie later joining in. In the end, Yerin ultimately deemed Eddie the victor of the girl group dance battle.

Check out the full episode of “Under 19” below!

GFRIEND
Yerin
Under 19
How does this article make you feel?