Park Bo Gum and Song Hye Kyo are heading back to the place where it all began!

On December 31, a spokesperson for tvN’s “Encounter” revealed, “On this week’s broadcast of ‘Encounter,’ [Cha] Soo Hyun and [Kim] Jin Hyuk will be returning to Cuba.”

In the very first episode of the drama, Cha Soo Hyun (played by Song Hye Kyo) and Kim Jin Hyuk (played by Park Bo Gum) began their romance by spending a blissful day together in Cuba after they happened to meet through a chance encounter. Later on, the two returned to Korea and met again under very different circumstances as a hotel employee and CEO.

On the upcoming episode of “Encounter,” the star-crossed couple will return to Cuba, giving them another chance to relive the freedom and the romantic atmosphere of their first meeting. Newly released stills from the drama show Kim Jin Hyuk and Cha Soo Hyun looking peaceful and content as they relax together by the seaside. Another photo shows the two lovers letting loose as they dance to live music—something Cha Soo Hyun would most likely be unable to do back home in Korea. 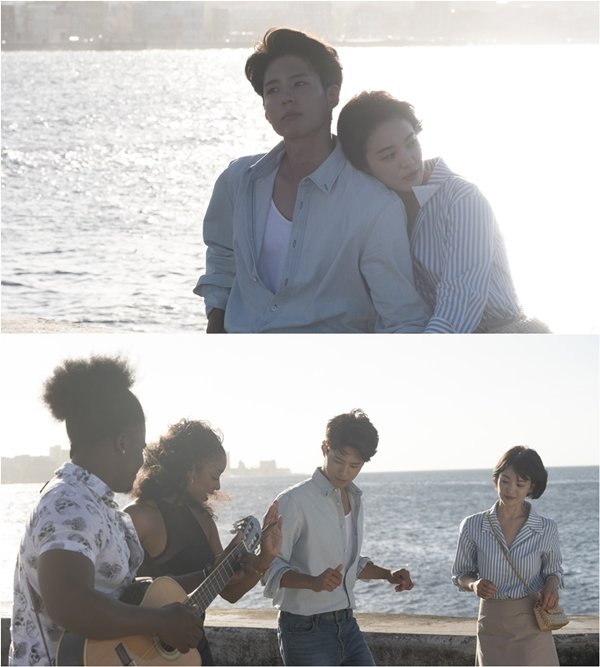 To see more of Kim Jin Hyuk and Cha Soo Hyun’s romantic trip to Cuba, catch the next episode of “Encounter” on January 2 at 9:30 p.m. KST.