SBS’s “My Strange Hero” has shared new stills of a touching moment between the two leads.

The drama tells the story of a man named Kang Bok Soo (played by Yoo Seung Ho), who returns to his old high school to seek revenge after he was expelled due to false charges of violence. He ends up reuniting with his first love Son Soo Jung (played by Jo Bo Ah), who now works at the school as a teacher.

In last week’s episode, the pair were finally able to open up to each other about what happened nine years ago. They became emotional as they cleared up misunderstandings, with Soo Jung asking Bok Soo questions she’d been waiting to ask for nine years, and Bok Soo finally being able to tell her the truth. They both shed tears during their moving reconciliation.

In stills for the next episode, Yoo Seung Ho and Jo Bo Ah make hearts race as they appear to be fully starting their romance up again. They’re together in the bright lights of a theme park, embracing and looking at each other lovingly, as they heal their wounds from nine years ago. They also lean in for a kiss, which will be their second since they had their first kiss on the rooftop while they were in high school. 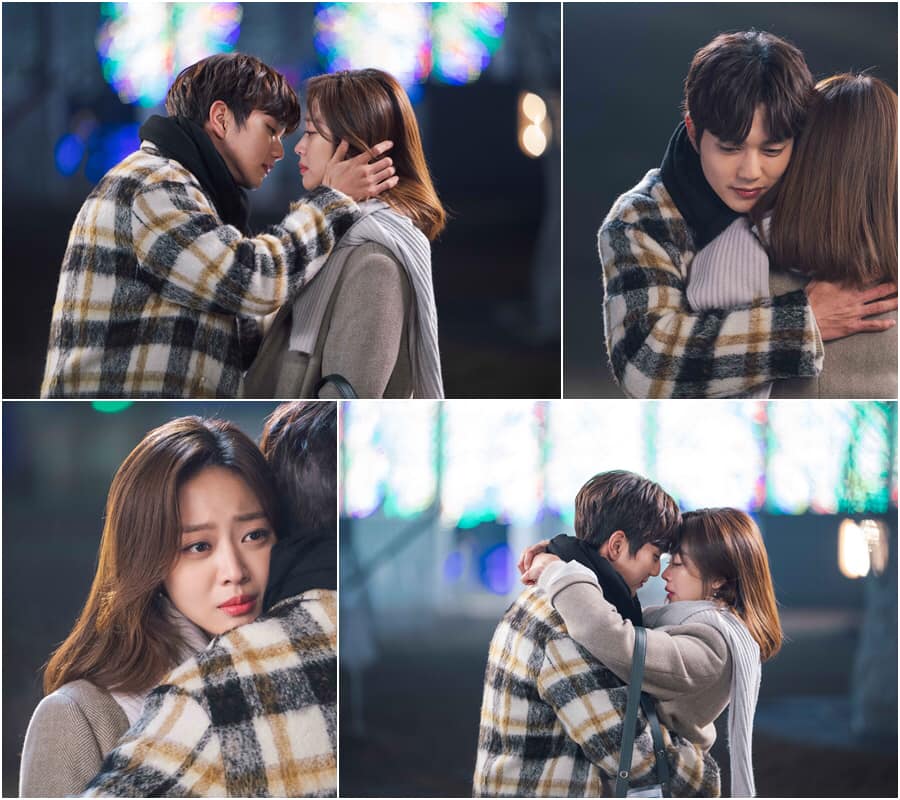 Yoo Seung Ho and Jo Bo Ah filmed the sweet reunion kiss scene at a theme park in the city of Chungju. Even though the two actors were filming late at night in very cold weather, they kept their scripts in their hands at all times and focused on rehearsing, improving the mood on set as they showed their passion about their performance. It’s said that many of the people on set felt their hearts flutter as the stars filmed the romantic scene in a way that was both exciting and lovely.

The production team said, “It’s a scene in which Bok Soo and Soo Jung confirm their feelings for each other after having cleared up their misunderstandings from nine years ago in the last episode. Please look forward to what kind of romance will bloom between this pair who had previously only had misunderstandings and tears.”

Get caught up with the previous episode below!