Ah, the epic “rich/poor” trope in K-drama land is just one part of the formula for an entertaining and dramatic series. It’s a trope that is pretty predictable, yet we can’t help but get sucked into it. There are obviously times when dramas fail to impress and we’re left with just a cliche K-drama that lacks depth, but I’m here to reveal some K-dramas that have this popular trope and are actually pretty good. Here’s a look at 10:

This drama is the newest one on the list and one that we can’t forget. “What’s Wrong With Secretary Kim” stars Park Seo Joon as Lee Young Joon and Park Min Young as Kim Mi So in this romantic comedy about a boss and the secretary he can’t live without. At first glance, this series is a total K-drama cliche. A rich boss falls in love with his secretary and spends most of the series trying to win her over. Despite this pretty predictable storyline, the cast and charm of the characters is what gains your attention.

Park Seo Joon and Park Min Young are veteran actors, so they know what they’re doing. The arrogance of the character that Park Seo Joon plays could come off as being annoying, but he somehow makes it work and you end up loving his character from the start. You also can’t help but be mesmerized by Park Min Young’s beauty. The two make a deadly main couple. 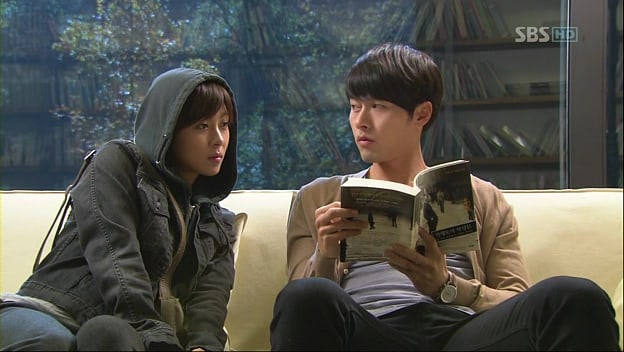 “Secret Garden” tells the story of a rich CEO named Kim Joo Won (Hyun Bin), who is a bit of a jerk. He is arrogant and self-absorbed, and obviously has a lot of money. He meets Gil Ra Im (Ha Ji Won), a poor stuntwoman who couldn’t be bothered with the type of man Joo Won is, but he ends up falling in love with her. The series has a bit of a fantasy element to it as well, as the two characters end up switching bodies in the middle of the series.

“Secret Garden” is a Kim Eun Sook classic. It’s got basically all the K-drama tropes and is one of the best K-dramas to watch – and re-watch for that matter! It’s a fairy-tale come true as it involves a rich heir trying to sweep a poor girl off her feet. Despite the reality of the situation, he doesn’t give up on her. So romantic! 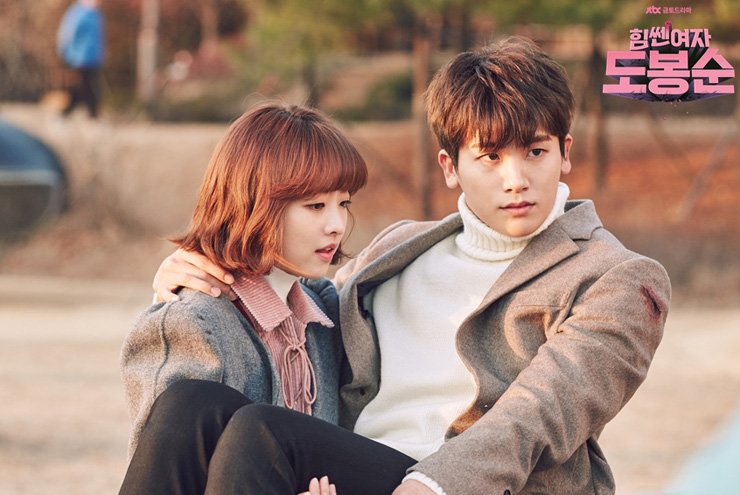 “Strong Woman Do Bong Soon” tells the story of a rich CEO of a gaming company named Ahn Min Hyuk (Park Hyung Sik) and a mysteriously strong woman named Do Bong Soon (Park Bo Young). Ahn Min Hyuk comes to learn of Bong Soon’s extraordinary strength and decides to hire her to be his bodyguard. The two form an adorable bond and Min Hyuk realizes that his feelings for her go beyond that of an employer-employee relationship.

It really doesn’t get any cuter than this. Park Hyung Sik and Park Bo Young as a couple are a delight to watch and they really give off those first love butterflies. The story is also pretty unique as it involves a girl with super strength who fights bad guys while protecting her weak boyfriend. 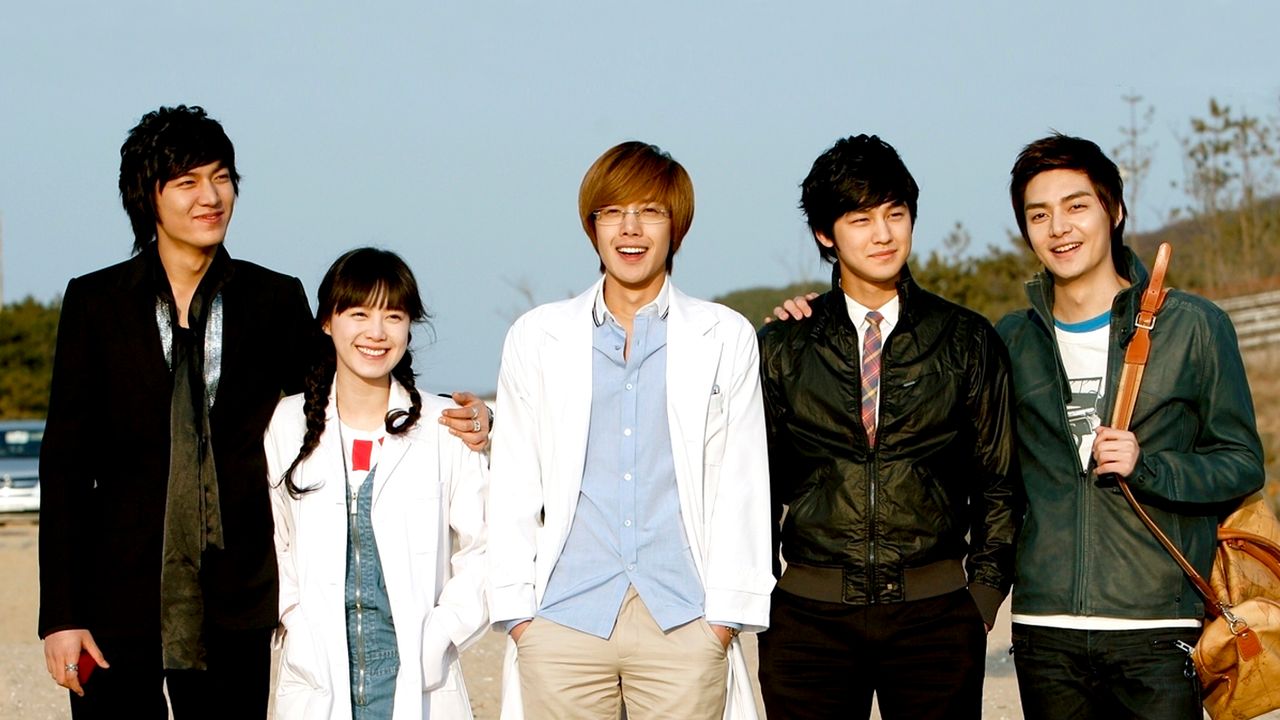 In terms of the rich/poor trope, “Boys Over Flowers” is a classic. It stars Lee Min Ho as Gu Joon Pyo, a really rich high school student who is a bit of a jerk, but he ends up falling in love with the daughter of a dry cleaning store, Geum Jan Di (Ku Hye Sun). Despite being from different backgrounds, the two end up falling in love with each other and it’s pretty enjoyable to watch. There’s something about seeing a poor girl get an epic makeover and being whisked off to a sandy beach that is so romantic.

This K-drama technically doesn’t have a “rich” main lead, but male lead Nam Se Hee (Lee Min Ki) does own a house, which is the main reason why Yoon Ji Ho (Jung So Min) agrees to marry him. The two decide to sign a contract marriage so that Ji Ho doesn’t have to give up on her dreams and so that Se Hee’s parents stop bothering him about getting married. 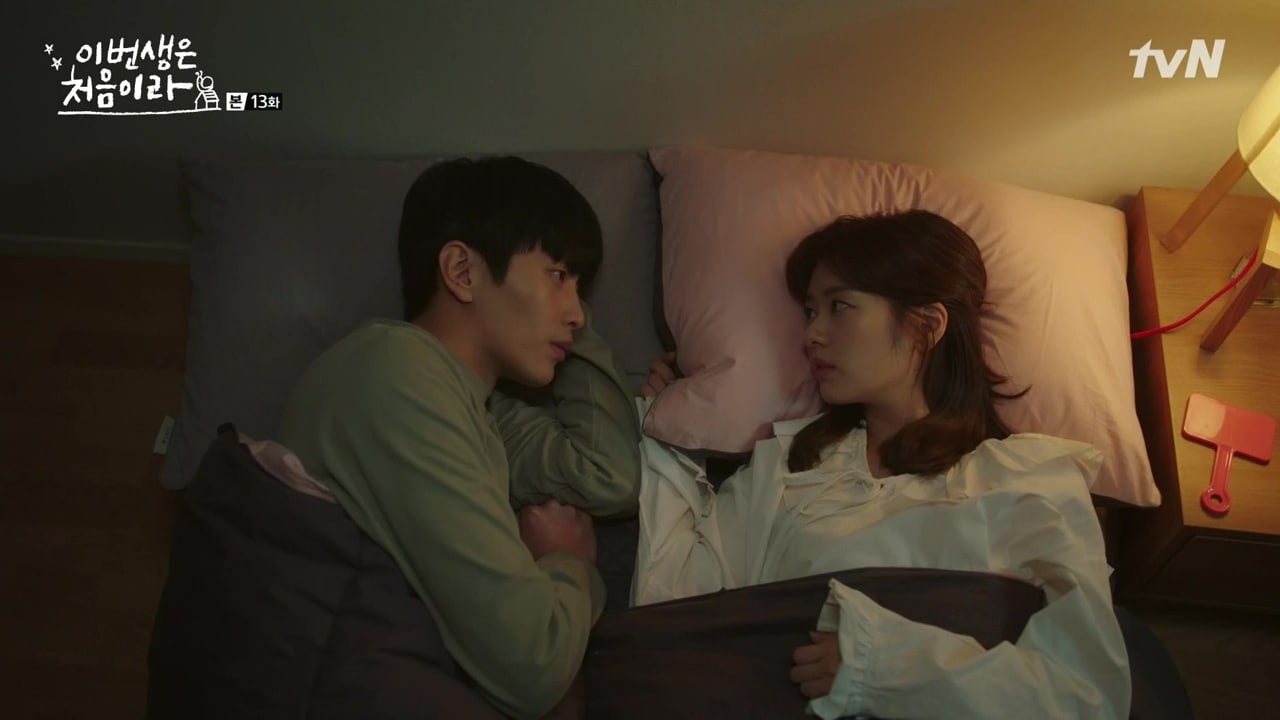 Although it seems like a superficial storyline, this K-drama really does tug at the heartstrings! It’s such a sweet story about two people who get to know each other and despite their totally different personalities, end up falling deeply in love. It’s got amazing characters and a script that will have you totally relating to them.

“Goblin” stars Gong Yoo as Shin, who is in search of his goblin bride. What he doesn’t know is that she’s a sassy and adorable high school student named Ji Eun Tak (Kim Go Eun). The two meet and it seems as though Eun Tak is more intrigued by the fact that Shin lives in a mansion and has endless amounts of money. The two embark on an emotional and adventurous relationship where they must figure out where their destiny together lies.

This series wasn’t exactly known for its rich/poor K-drama trope, but it does involve a poor girl who falls in love with a rich goblin. There are various instances throughout the series where Eun Tak makes jokes about wanting Shin to give her some money, and as superficial as it may seem, it comes off as being adorably endearing. It’s also pretty fun seeing the goblin dress in uber fancy clothes, and the setting of his mansion is quite the looker and is in itself worth the watch! 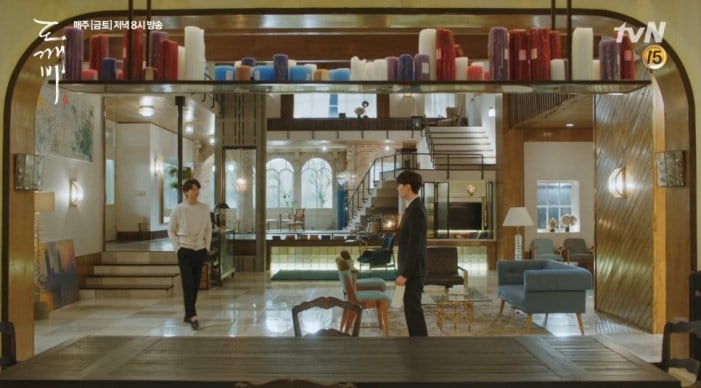 Ok, so I’m cheating a bit here. I actually didn’t like this K-drama in its entirety, but it had to be included in this list. Even though I had high hopes for the series when I started watching it, the storyline for the main couple really didn’t do it for me. A few episodes into the series, I realized that the only reason why this drama is worth watching is because of the secondary couple.

Lee Ji Yi played Lim Ji Yeon, a poor girl who was very realistic about the world she lived in and her relationships. So when the CEO of her company, Yoo Chang Soo (Park Hyung Sik), comes into her world and falls in love with her, she knows it’s bad news. The main couple also had a similar rich/poor trope, but in my opinion, the secondary couple is what makes this K-drama totally worth the watch.

Seeing Chang Soo and his desperate desire to want to be with Ji Yi was heartbreaking to watch and it is what made the K-drama have more depth. It also showcased Park Hyung Sik’s ability as an actor, as there were several emotional scenes in the series!

“Encounter” stars Song Hye Kyo and Park Bo Gum as Cha Soo Hyun and Kim Jin Hyeok, respectively. The two meet in Cuba and start to develop strong feelings for each other, but when they discover that Jin Hyeok works for Soo Hyun in Seoul, it makes for an awkward relationship. With the pressures of social class and media, Soo Hyun and Jin Hyeok are forced to face various obstacles in their relationship and their feelings for each other are put to the test.

One of the main reasons why I like this series is because the rich main lead is actually not male. While K-drama tropes tend to favor the male being the rich one and the female being the poor one who takes on odd jobs, this specific drama deals with the female lead being wealthy.

Aside from this fact, the cinematography and simplicity of the series is beautiful and you will find yourself taken aback by certain lines and moments from the characters. Plus, you’ve got Hallyu stars Song Hye Kyo and Park Bo Gum – you can’t go wrong! 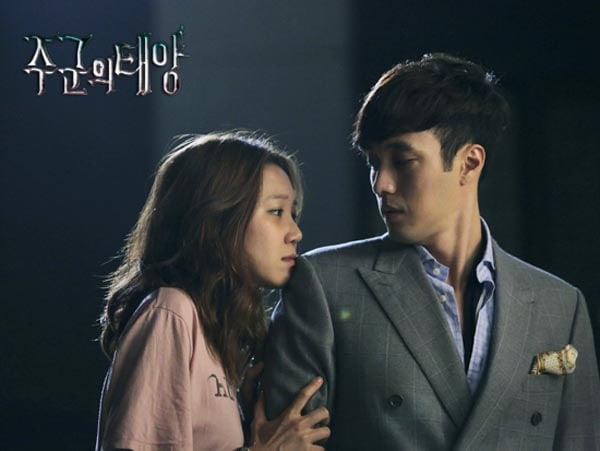 When it comes to the Hong sisters’ script, it’s pretty much guaranteed to be good. And on top of that, when you have So Ji Sub and Gong Hyo Jin as the stars, it’s like icing on top of the cake. In “Master’s Sun,” So Ji Sub stars as Joo Joong Won, the CEO of a shopping center who is being followed by a woman named Tae Gong Sil. Gong Sil can see ghosts, but for some reason when she’s near Joong Won, the ghosts seem to leave her alone. Cue this unconventional and unique story of a rich heir and the woman he hires to work at his company (not willingly, of course).

This drama is unique in genre as it’s not only a rom-com but it also has a bit of the thriller/horror factor in it, too! I found myself getting a bit scared in the first few episodes, but the funny antics of Gong Hyo Jin’s character provided a good balance and helped me to get through it. Although it has the cliche trope of the rich CEO and poor girl who can’t seem to catch a break, the two main leads have amazing chemistry and it really makes you want to root for the couple until the end. Their story was able to captivate and send me on an emotional rollercoaster. I couldn’t ask for more! 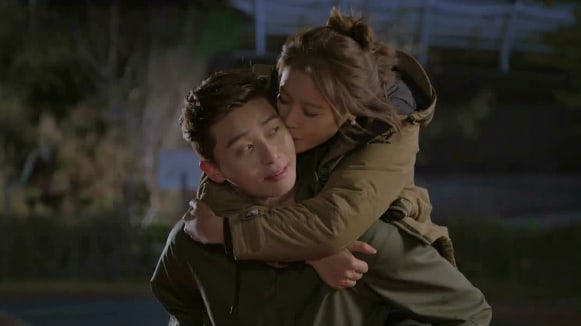 “She Was Pretty” stars Park Seo Joon as Ji Sung Joon and Hwang Jung Eum as Kim Hye Jin. Sung Joon and Hye Jin knew each other when they were children, and although Hye Jin was the wealthy and pretty one when they were younger, there is a reverse in fortune once they’re older. Sung Joon grows up to be a wealthy chief editor of a magazine company while Hye Jin is poor and struggles to find jobs. The two meet by chance in their company and are forced to confront their complicated past.

This series is a delight to watch. Not only do you have the charming Park Seo Joon and Hwang Jung Eum carrying the series, but you’ve also got the adorable Choi Siwon as the second-lead, who will win your hearts over. The series is endearingly romantic and although it can be seen as a typical rom-com, it’s also very heartwarming and will tug at your heartstrings!

Hey Soompiers, what is your favorite rich/poor trope K-drama? Let me know in the comments below

Master's Sun
Soompi Spotlight
She Was Pretty
Boys Over Flowers
Secret Garden
High Society
Goblin
Strong Woman Do Bong Soon
Because This Is My First Life
What's Wrong with Secretary Kim
Encounter
How does this article make you feel?