As part of the show’s 600th episode, Mnet’s “M Countdown” invited idols to look back on their debut performances! BTS, MAMAMOO, MONSTA X, and Lovelyz took part in the special segment on the January 3 episode.

BTS made their debut on “M Countdown” with their performances of “No More Dream” and “We Are Bulletproof Pt. 2” on June 13, 2013. In the latest episode, Jimin described the performance as their start and the opportunity that has brought them to where they are today. “It made me feel like we’d really debuted,” he said.

V commented, “I think it was a performance that allowed me to show that I exist in this world.” Suga said that he remembers everything about the outfits and atmosphere that day.

The members were asked what the most memorable part of their performance was, and J-Hope described the positive response they’d received. He said, “When we were performing live in the studio, there was this reaction that was like ‘Ohhh!'” 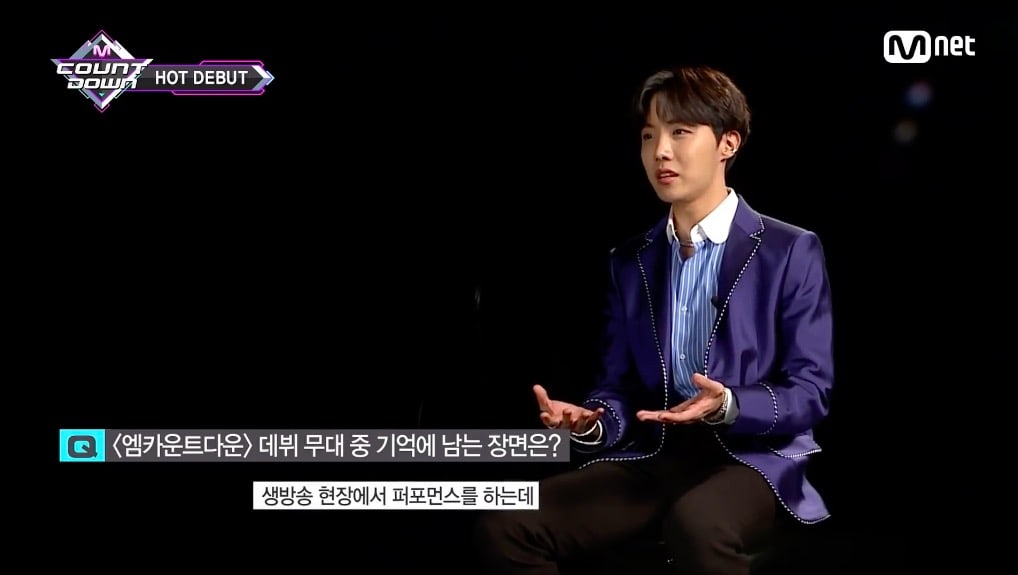 As part of the choreography in their debut performance of “We Are Bulletproof Pt. 2,” Jimin threw his hat at Jungkook, who had to catch it before pulling off some complicated hand movements with it. As the members watched the video, Jimin said, “We were so happy when we did that!”

In his interview, Jungkook said, “When Jimin threw the hat at me and I caught it, that was the first time I’ve ever received cheers like that. I was so exhilarated, and I really felt like I was ‘somebody.’ I thought I was cool.” 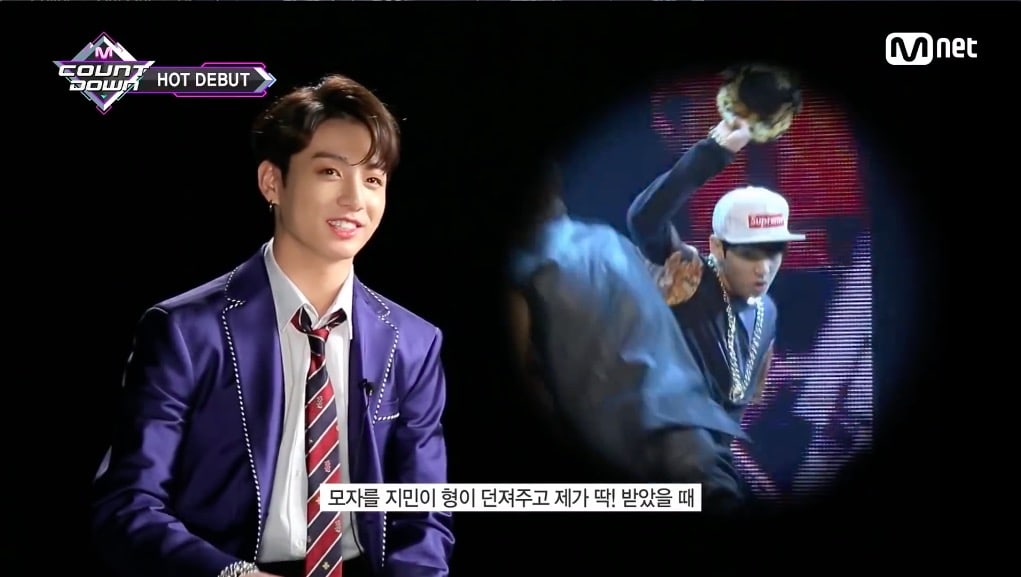 During the show’s epilogue, J-Hope said, “I used to fantasize a lot about the ‘M Countdown’ stage. I’d watched so many videos, so I always thought, ‘I really want to stand on that stage; I really want to show my songs and my dancing.'”

Jin said, “To be honest, isn’t ‘M Countdown’ the sleekest, and doesn’t it show the style that fans want? I think it has a youthful feel to it. So it was an honor, and I thought it was a great bit of luck for us that wouldn’t come again.”

RM laughed as he described how he used to say phrases out loud that staff members backstage would say, like “It’s time for you to go up now.” He said, “I was waiting, thinking about when someone would tell us that we needed to go on standby.”

Suga shared a memory of how G-Dragon had spoken to him. “He asked what was written on my clothes,” said Suga. “We didn’t have money then so it was something that had been printed on a 16,000 won [approximately $14] hoodie. I didn’t know what it was so I wasn’t able to tell him.”

MAMAMOO debuted on “M Countdown” with their performance of “Mr. Ambiguous” on June 19, 2014. One part in their choreography included each of the members holding their finger with a “moustache” on it under their nose. Hwasa explained that they’d done this because it was important that they made a big impression on people when they debuted. 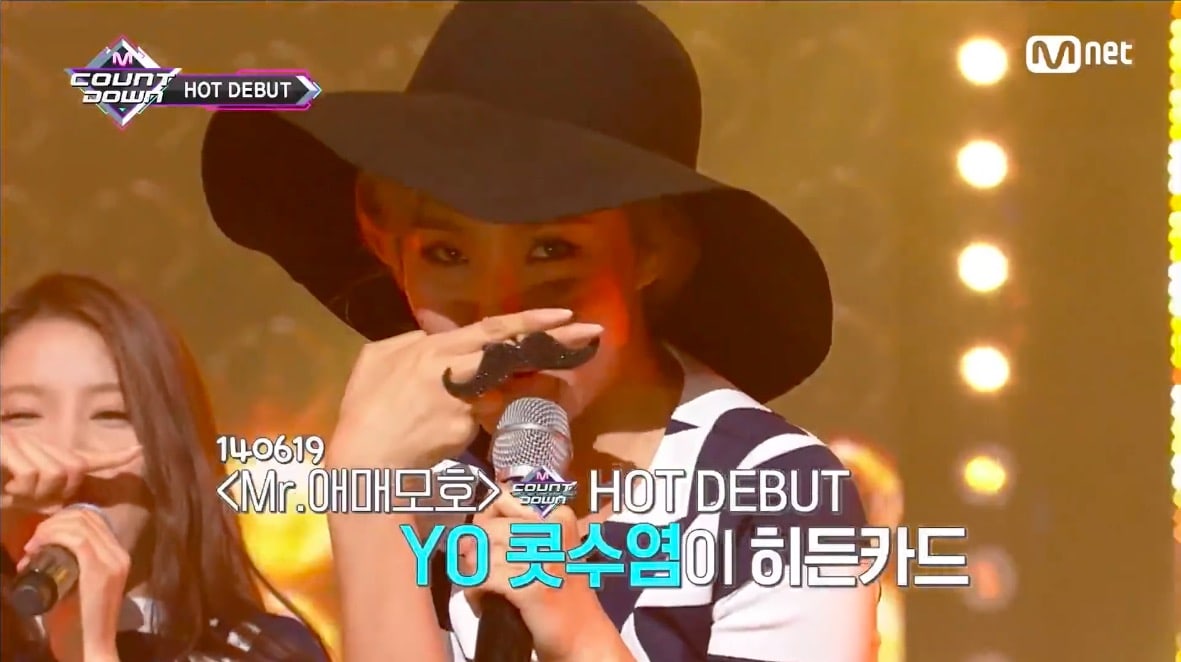 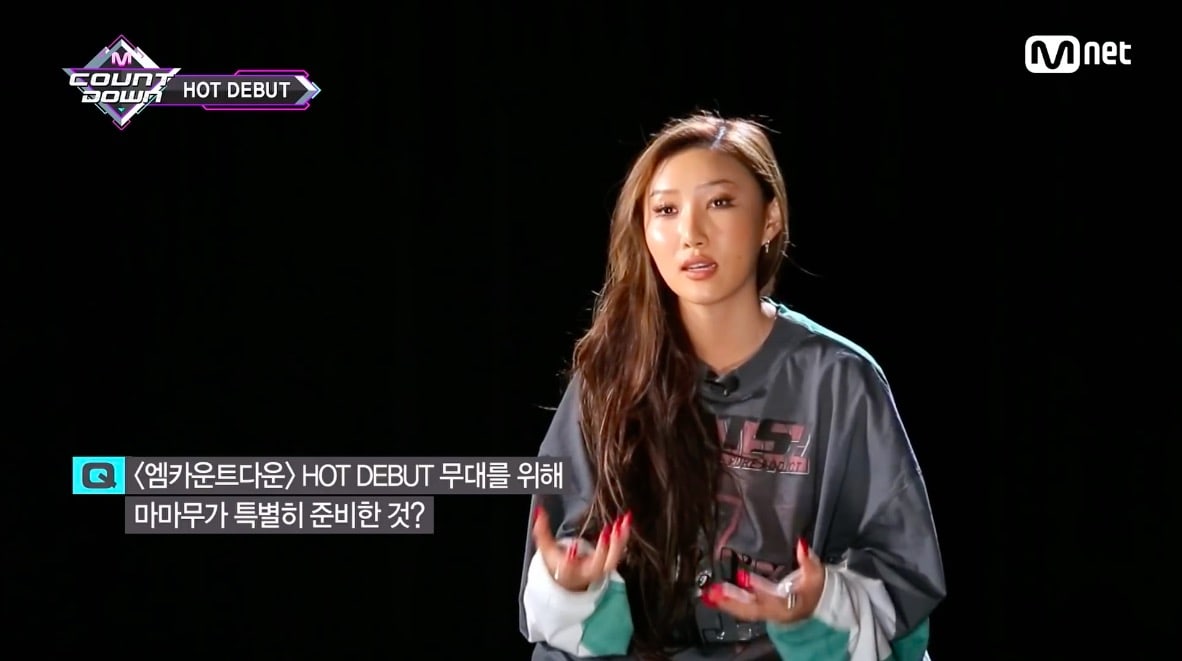 Solar said that it was critical that the moustaches didn’t fall off. She laughed as she added, “But mine fell. I wondered, ‘Can I keep going until the end without the moustache?’ ‘Is it okay?’ ‘Is this going to be our first and last performance?'”

Moonbyul also explained that “M Countdown” is a learning opportunity for idols, where they learn about things such as dry rehearsals, camera rehearsals, and pre-recordings.

MONSTA X made their debut on “M Countdown” on May 14, 2015 with their performance of “Trespass.” The group performed their debut track on stage in a large jail set, and Kihyun explained that he’d been told by one of their managers that it was not common to have such a stage for a debut, meaning they needed to do really well. “I was so nervous when I heard that,” said Kihyun. 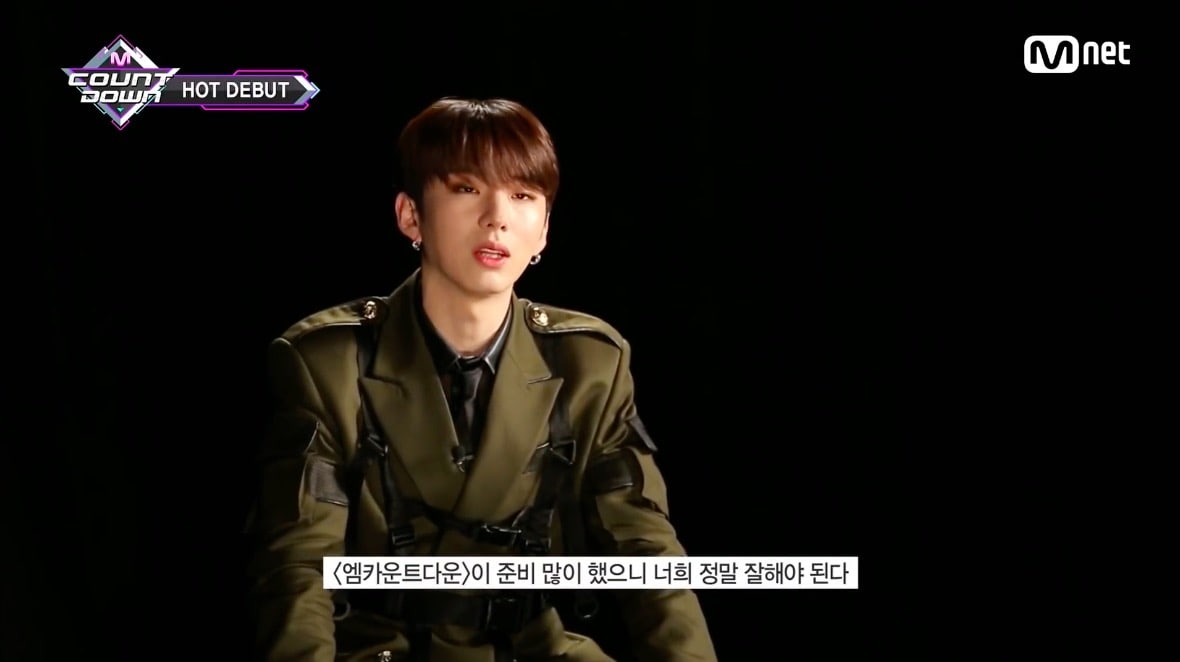 When Jooheon was asked what he remembers being like during the debut performance, he said he’d been full of energy and vigor.

Shownu said, “Personally, I had some regrets. I felt really awkward and didn’t feel like I was at a point where I should be standing [on such a big stage] yet. But I felt like ‘M Countdown’ had given us an opportunity.”

In the epilogue, Minhyuk said, “The most important thing is being confident that your group is the best, but knowing how to be humble.” He also added the beauty tip, “For your base tone, it tends to be good to have bright makeup on ‘M Countdown.’ You don’t need to do your eye makeup heavily, and instead use a bright base tone. That can be important too!”

Lovelyz debuted on “M Countdown” with “Candy Jelly Love” on November 20, 2014. In her interview, Kei said, “My mind was so blank since I was actually standing on the stage I’d dreamed of. It was to the point that I wasn’t sure if it was a dream or reality.” 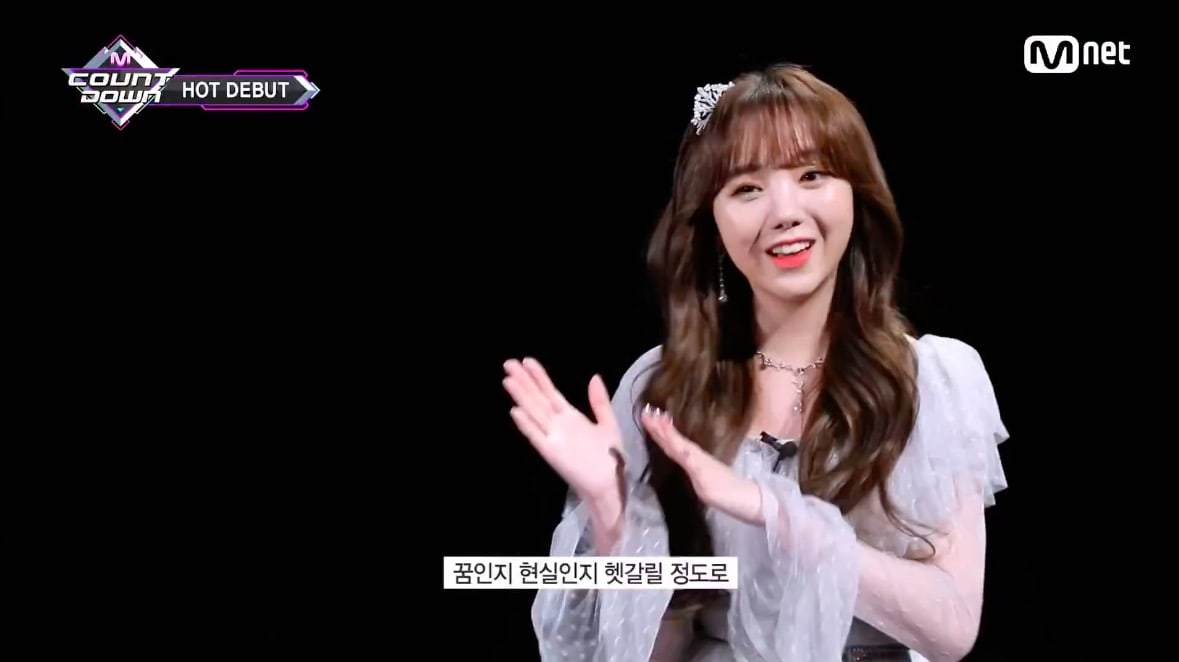 Yein shared, “I was so nervous but I think it was a debut performance that I have really happy memories about.”

“It’s making me think about my memories from our debut period,” she said with a smile. She shared that she was really excited and nervous about the performance. You can watch their 2019 performance of “Candy Jelly Love” with Jisoo here, and their debut performance below!

Check out the groups’ reactions below!