Lee Pil Mo, who planned to propose on stage, waited anxiously backstage at his musical. He was visited by other musical actors, such as INFINITE’s Woohyun. The idol commented, “There’s a rumor saying an important event is going to happen today,” and Lee Pil Mo complained, “Why are you guys doing this to me?”

Lee Pil Mo went on stage for the curtain call, and when he saw his girlfriend in the audience, he broke into a smile and said, “Thank you for spending Christmas 2018 with us. Ever since I was little, I had this one dream. If I were to propose to someone, it would be done at the theater.” At those words, Seo Soo Yeon burst into tears.

Lee Pil Mo continued, “I think today is that day. There is someone who I would like to spend my future with. I like this person very much. I’ll bring her to the stage.” When Seo Soo Yeon came up, Lee Pil Mo promised he would always be with her. 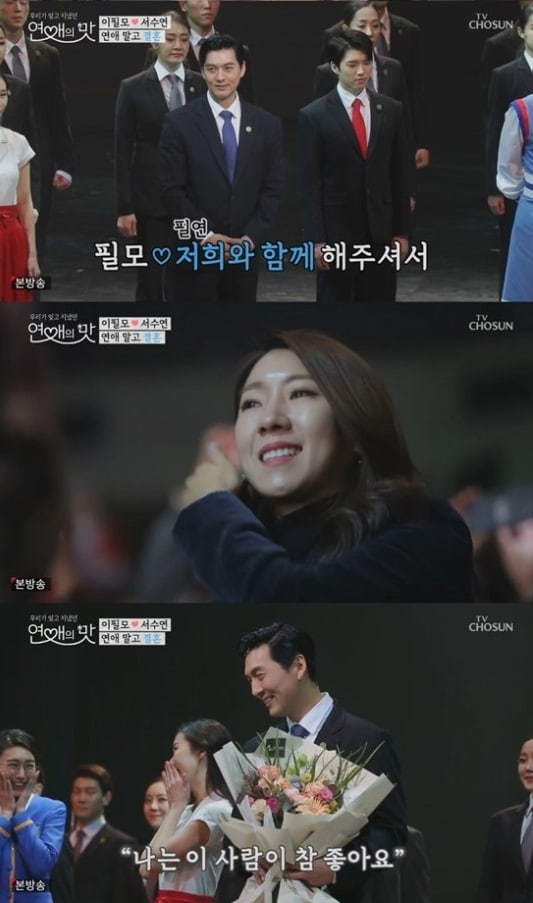 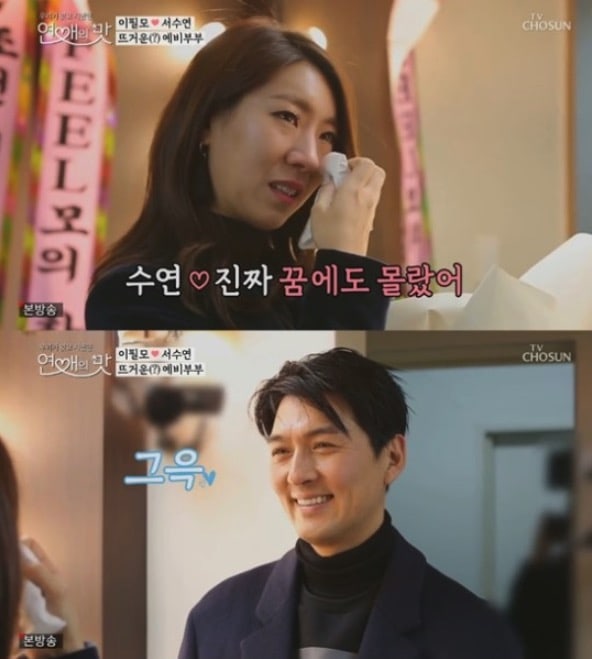 After the proposal, the couple went to a sushi restaurant with his friends and talked about their engagement. Lee Pil Mo confessed, “I was determined to marry her at our third meeting,” and Seo Soo Yeon shared, “Pil Mo and I talked after I came back from Busan, and this happened.”

Lee Pil Mo said, “There’s a reason why I decided to propose. If not now, we would’ve had to wait until summer. We’re compatible in most things at our not-so-young ages, and I suddenly felt that we were wasting time. The decision [to get married] was very difficult, but after that, the process started right away. I don’t think the [wedding] will be any later than spring.”

The couple decided to go to Maldives for their honeymoon and even revealed that their families have already met with each other. When asked about children, Lee Pil Mo said he wants three kids, while Seo Soo Yeon said she only wants two. 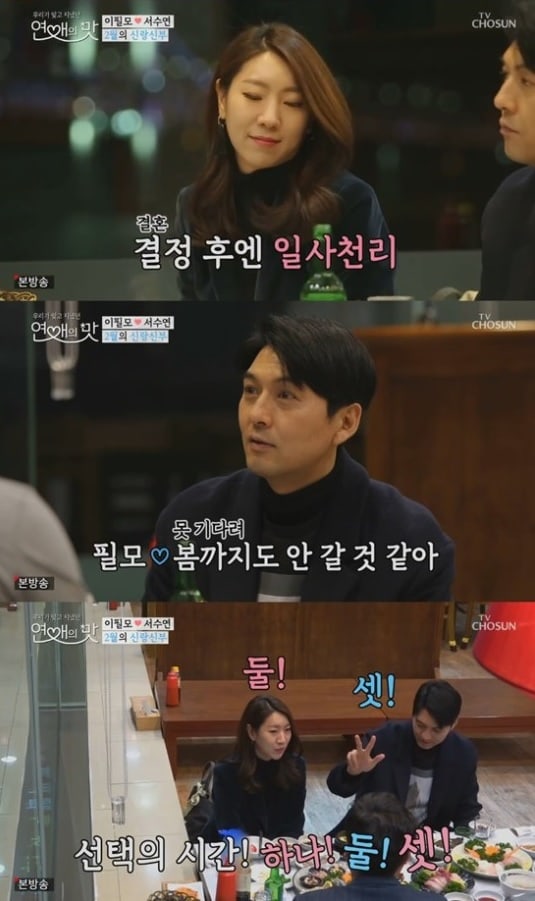 Lee Pil Mo and Seo Soo Yeon will be tying the knot on February 9.