“Fates and Furies” is a revenge-driven melodrama about one woman named Goo Hae Ra who loves a man in order to change her fate (Lee Min Jung), that man who loves her because he believes her to be his destiny (Joo Sang Wook), another woman who wants to win him back (So Yi Hyun), and another man who seeks revenge on that woman (Lee Ki Woo).

Previously, Goo Hae Ra uses Kim Chang Soo (Heo Joon Suk), a private loan shark, to investigate who ruined her sister’s life. Despite Kim Chang Soo’s dissuasion, Goo Hae Ra showed stubborn willingness to “find and get revenge for the man who caused my sister to go into a coma.”

In the first photo, Lee Min Jung gazes sadly at her sister Cha Soo Yeon who is still lying in the hospital in an unconscious state. In the second photo, Lee Min Jung takes out the content of an envelope and sheds distressed tears. Viewers are already wondering what happened to Lee Min Jung now and what was inside that envelope. 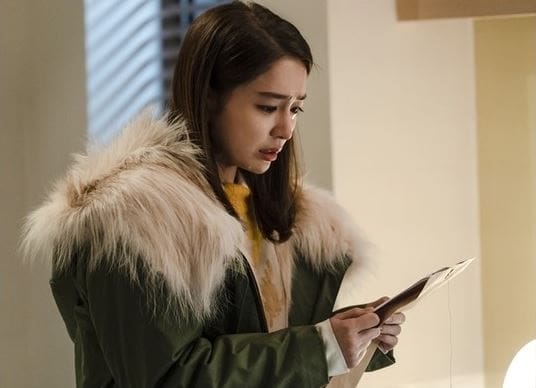 The production crew said, “Goo Hae Ra still has the serious task of getting ‘revenge for her sister’. With the romance between Hae Ra and In Jun [Joo Sang Wook], the mystery behind her sister will heighten the tension. Lee Min Jung’s affectionate tears kept all the staff on the scene breathless. You will be able to check her detailed acting tonight, so please look forward to it.”

Lee Min Jung
Cha Soo Yeon
Fates and Furies
How does this article make you feel?