First off, the idol talked about her new song “Gotta Go.” She said, “I had a refreshing summer feeling before. This time, it’s more of a sticky vibe. When I recorded ‘Gotta Go’, Black Eyed Pilseung’s Rado helped me detail the song by telling me to sound more regretful.”

During the radio show, Chungha talked about songs that inspired her to become a singer. She chose I.O.I.’s “Downpour,” Lee Hyori‘s “U-Go-Girl.” Sunmi‘s “24 Hours,” and Byul’s “Fly Again.” Chungha first talked about “Downpour,” saying, “It was a new ending and a beginning. This is the last song I sang with the members of I.O.I. We sang this song in retrospect when we came together again and achieved everything we had dreamed of. I hope we can sing it again with joy. If I.O.I. hadn’t existed, I wouldn’t have either. I want to thank everyone who waits and remembers I.O.I.”

Then Chungha talked about Lee Hyori’s “U-Go-Girl.” She commented, “When I was little, I saw Lee Hyori’s performances the most. I really like this song. When she released her third album, my mom and I went to buy a seat cushion for my desk chair and this song turned on. I begged my mom to buy me this album instead of the seat cushion.”

Next she explained why she chose Sunmi’s “24 Hours,” saying, “I had to pick the song of Sunmi who I truly love and respect. Sunmi helped me a lot when I was going through trouble. She has an unexpected charm on stage. ’24 Hours’ was the song I sang during the first evaluation during Mnet’s variety program ‘Produce 101’. It’s a song that became a turning point for me.”

Sunmi said that she listened to Byul’s “Fly Again,” which is the soundtrack of “9 End 2 Outs,” every night when she was dreaming of becoming a singer. 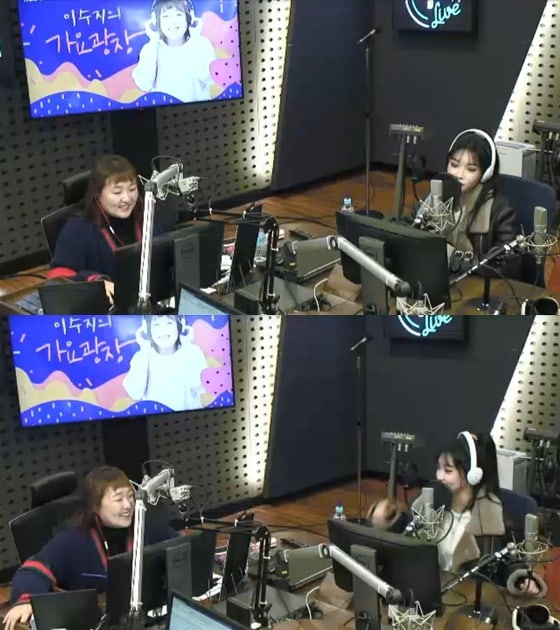 Chungha also mentioned her collaboration with Super Junior’s Yesung. She shared, “I remember the day when Yesung recorded without getting a wink of sleep. Since he wrote and composed the song himself, he came and directed it. I was so grateful. The work was done very quickly because he led so easily.”

Chungha
Lee Soo Ji's Music Plaza
How does this article make you feel?