Watch: The Boyz’s Juyeon Has A Blast Training For “Law Of The Jungle” With Younghoon And Hyunjae

The Boyz’s Juyeon gave viewers a glimpse of how he trained for SBS’s “Law of the Jungle”!

The January 4 episode of the reality show featured a clip of Juyeon preparing for his trip to the jungle with the help of his bandmates Hyunjae and Younghoon. Together, the three The Boyz members headed to a forest full of birch trees and pine trees in Gangwon Province.

The idols first practiced catching their own food by going fishing. Juyeon boldly jumped into the water, but then quickly returned to shore after realizing just how cold the water was. After laughing with his fellow members, Juyeon returned to the water and picked up a handful of freshwater snails. 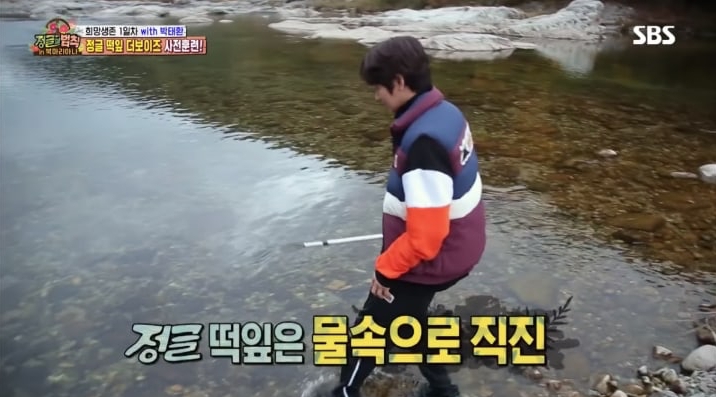 The second level of his “jungle adaptation training course” was bungee jumping from a height of 63 meters (approximately 207 feet). After making his way up to the platform, Juyeon waved at his bandmates standing on the ground below. When Younghoon asked if he was scared, he denied it with a smile, though he couldn’t help letting out a shout of surprise after looking down at the water.

Right before jumping, Juyeon shouted, “Good luck to The Boyz in 2019! Good luck to ‘Law of the Jungle’!” He then made the leap and smiled at his members as he enjoyed the view. 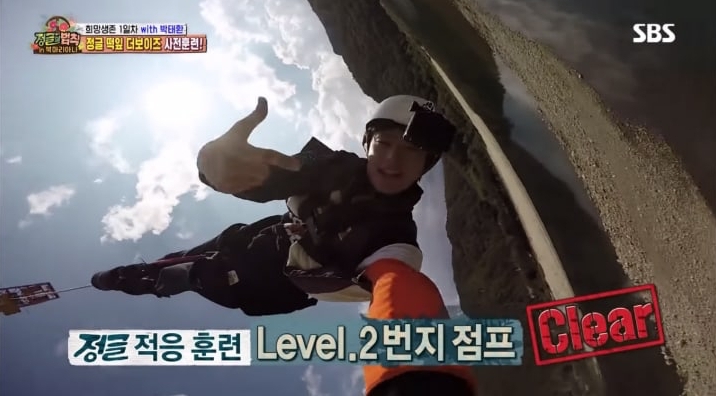 Rock climbing was the final training course left for The Boyz. The three idols bravely took on the “Iron Way,” a 100-meter (approximately 328 feet)-tall rock climbing wall in Gangwon Province’s Inje County. The wall has ropes and footholds in place for climbing and training. 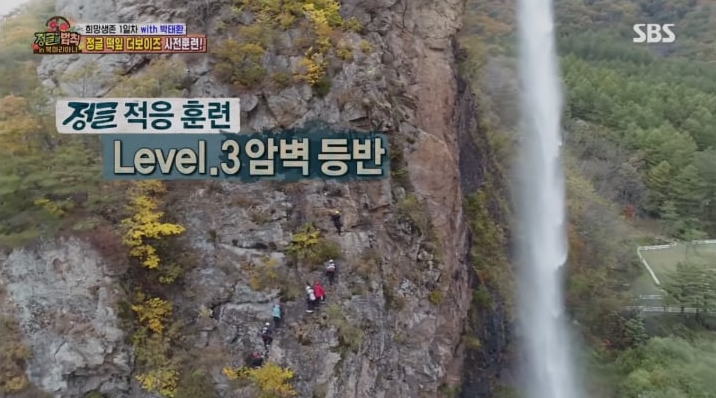 Juyeon, Hyunjae, and Younghoon encouraged one another and made their way up to the top of the rock. Once they reached the top, they huddled together and shouted, “The Boyz! Let’s make it big in 2019!” After waving at the camera with a celebratory cheer, they happily ziplined back down the mountain.

Check out the clip of Juyeon’s training below!

Watch the latest episode of “Law of the Jungle” now:

Law of the Jungle
Juyeon
THE BOYZ
Younghoon
Hyunjae
How does this article make you feel?