On January 5, Hoya appeared on the music variety show for the “2019 voice of hope” special with “Team Hoya.”

Hoya was previously a celebrity dance coach on the dance variety show “Dancing High,” which documented the journey of teenage dancers as they learned and performed with celebrity mentors.

During the interview, “Team Hoya” said, ” While filming ‘Dancing High,’ Hoya always said that he would make sure we won.” When asked if they won before, the team answered, “We can win this time on ‘Immortal Songs.'”

Hoya joked, “If we can’t win today, can we appear again next time?” and made everyone burst into laughter. 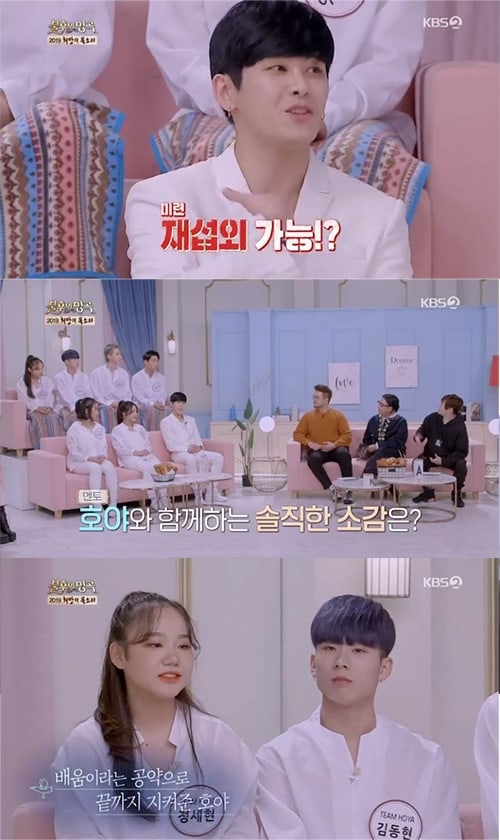 Hoya and the dancers performed a dance version of Park Hyo Shin’s “Snow Flower” which is a remake of Nakashima Mika’s Japanese hit. The captivating stage had audience members glued to the performance from start to finish.

In the end, Hoya and his team received 429 points and were crowned as the winners of this episode. 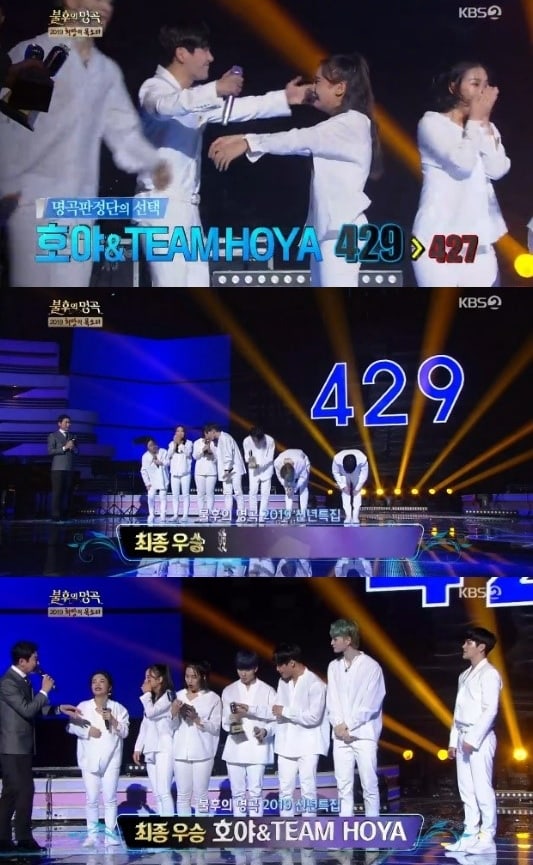 “Immortal Song 2” airs on Saturdays at 6:05 p.m. KST. Check out Hoya’s performance below!

Hoya
Immortal Songs 2
Dancing High
How does this article make you feel?