B1A4’s Jinyoung shared funny stories from wearing special effects makeup for the upcoming film “The Man Inside Me.”

“The Man Inside Me” is a fantastical comedy about a man named Pan Soo (played by Park Sung Woong) and a high school student named Dong Hyun (played by Jinyoung). After their souls switch due to an accident, Pan Soo meets his first love Mi Sun (played by Ra Mi Ran) and the daughter he never knew he had (played by Lee Soo Min) while trapped in Dong Hyun’s body.

On January 5, Jinyoung appeared on JTBC’s “Ask Us Anything” alongside his co-stars Park Sung Woong and Ra Mi Ran. He made the cast guess an uncomfortable thing he dealt with while filming the movie.

Since Jinyoung wore special effects makeup while filming, the cast made guesses including having to take off everything when going to the bathroom and not being able to scratch his face when sweating.

Giving them a hint, Jinyoung said, “I didn’t think that this [person or thing] wouldn’t be able to recognize me.” Super Junior’s Kim Heechul guessed, “You have a pet dog at home and it couldn’t recognize you,” and Jinyoung replied, “I wouldn’t go home like that [with the makeup on].”

Lee Soo Geun said, “You got in the car and your manager said, ‘Who are you? Get out.’ Your manager couldn’t recognize you.” Jinyoung replied, “That’s actually happened in real life, but wrong.”

Kim Heechul tried again by guessing that Jinyoung’s fans couldn’t recognize him even when he was in front of them with the makeup on. “That’s happened in real life, but that’s wrong,” answered Jinyoung.

Min Kyung Hoon guessed, “Your phone unlocks with facial recognition, but because your face [had special effects makeup on]…” and Jinyoung shouted, “Correct!” 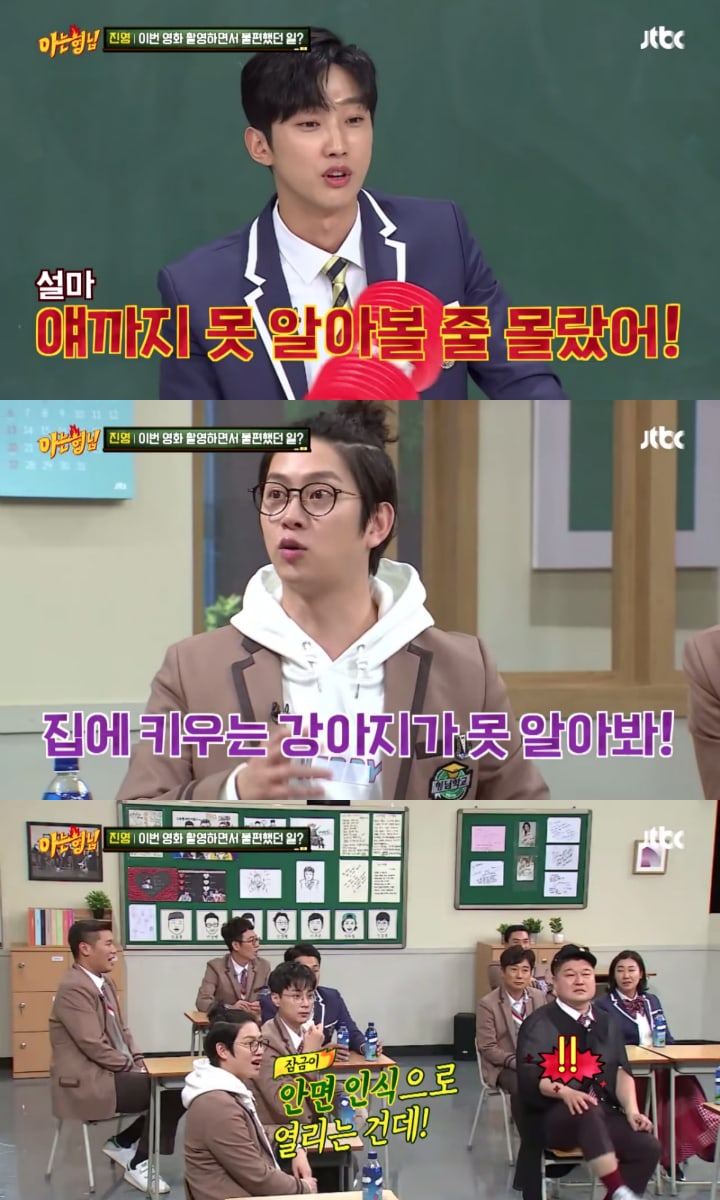 When Kim Heechul asked, “Did putting on special effects makeup take a long time?” Jinyoung replied, “It took four hours. But they took a mold of my face with plaster and made it fit that. It also took 40 to 50 minutes when taking it off.”

He added, “I did it so many times. About 30 times. It also cost 5 million won (approximately $4,477) each time I put on special effects makeup.” 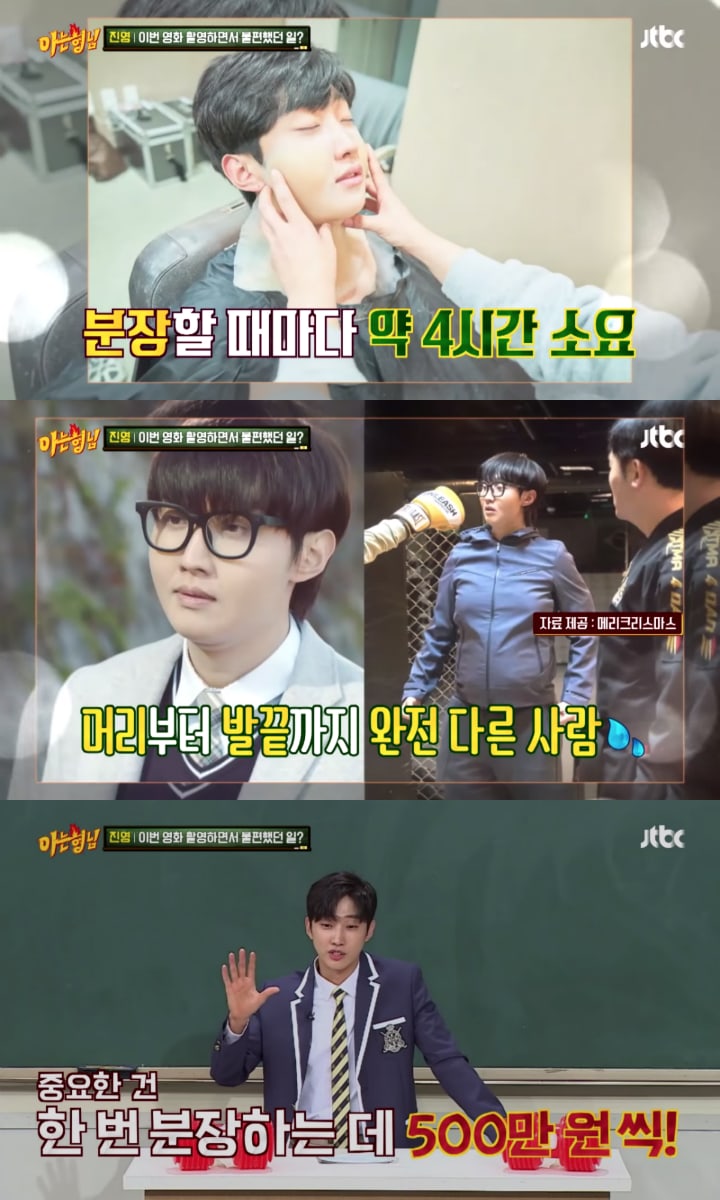 Knowing Bros
B1A4
Jung Jinyoung
How does this article make you feel?