JB officially turned 25 years old (by Western reckoning) on January 6, and to commemorate the occasion, Ahgases took over Twitter with an outpouring of love for the GOT7 leader. Shortly after midnight KST, the hashtags #CutieSexyJBDay, #DefJBDay, and #CutieSexyJaebeomDay all began trending worldwide on the social media platform.

As of 3:15 a.m. KST, #CutieSexyJBDay was still the No. 1 worldwide trend on Twitter. 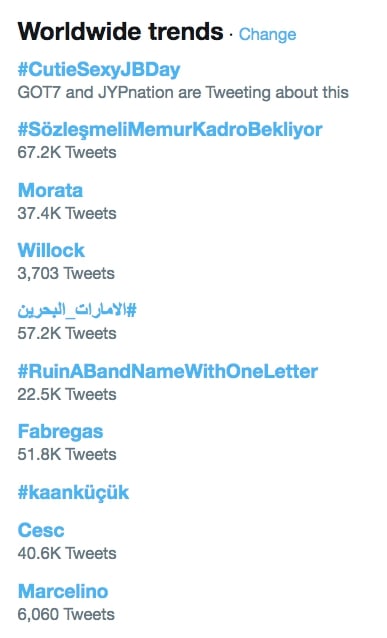 Check out some of the many loving Tweets that Ahgases posted on JB’s special day below!

jaebeom's smile when he was with his parents it's the purest and cutest thing ever!#CutieSexyJBDay pic.twitter.com/JacxZKkXcA

25 years ago the brightest star was born & it was YOU. thank you for being a great leader, musician, wonderful son, amazing human being, protective dad to your cats, and a hardworking member? happiest birthday to IM JAE BEOM, ahgases love you ??#CutieSexyJBDay @GOT7Official pic.twitter.com/YDijxhqNuS

at first, it was because of your charismatic aura, then your looks, then your voice, then your dancing, then your goofiness but.. now i can't pinpoint what exactly is it? it's just that you're so genuine. you're such a beautiful & honest human being. i love you. #CutieSexyJBDay? pic.twitter.com/8i4wi8bsbc