On January 5, IU held her first concert on the island since making her debut. As the 10th stop and encore performance of her 10th debut anniversary tour, the “dlwlrma – Curtain Call in Jeju” was held at the Jeju International Convention Center.

During the performance, fans were delighted when Lee Hyori and Lee Sang Soon appeared on stage as special guests. The three had appearance on JTBC’s “Hyori’s Homestay” together, where IU had worked as a part-time employee. The trio bonded during their time together and have maintained a close friendship since.

Lee Sang Soon was the first to appear and he performed “Again,” a song he composed and Lee Hyori wrote the lyrics for. IU said, “My boss is here to show support for my last concert.” She said, “I’ve never really had many chances to see him performing up close, but seeing him on stage reminds me that he’s my seniors and he’s been here for a long time. That’s how I’ve felt since the rehearsal.” Lee Sang Soon joked, “I’m so used to seeing you do the dishes and now seeing you on stage, I don’t think I could boss you around anymore.” 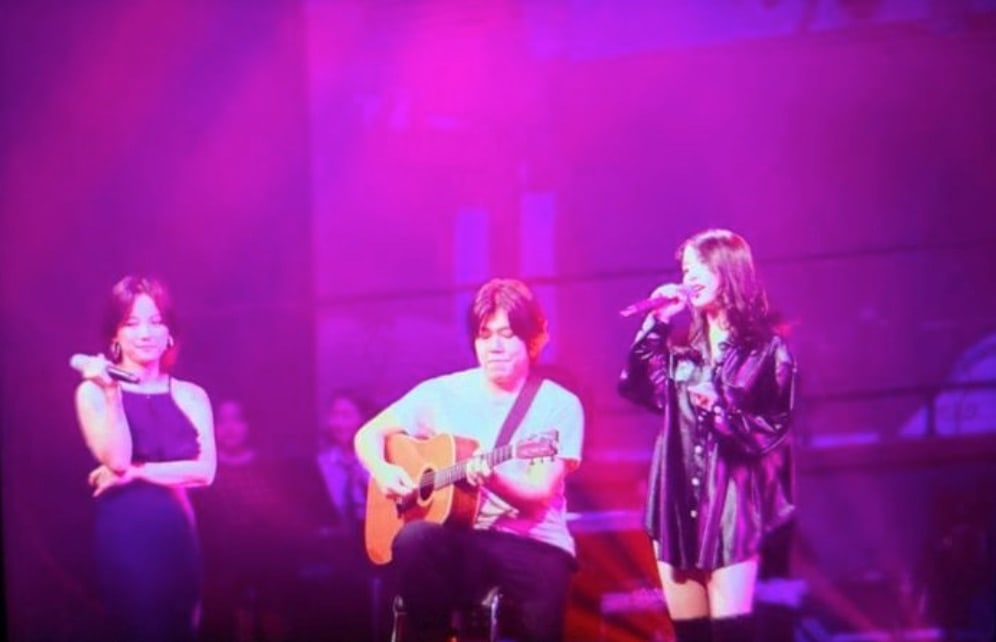 Then, Lee Hyori joined them and she and IU exchanged a warm hug. Lee Hyori had dressed up for the event and she joked, “I dressed up and did my makeup for the first time in a while because I didn’t want to look too plain next to IU.”

IU said, “Once again, thank you so much for coming.” Lee Hyori responded with, “It’s been so long since I wore a pair of heels and put makeup on for a performance. I’ve been on hiatus for so long and I haven’t had that much practice, but I couldn’t say no because it’s IU.”

IU began her 10th debut anniversary concert in October 2018 and performed in different cities around Korea to meet fans and perform for them.