Apink has fans excited for their upcoming comeback!

On January 6, Apink held the second of their “2019 Pink Collection : Red & White” solo concerts at the SK Olympic Handball Gymnasium in Seoul. 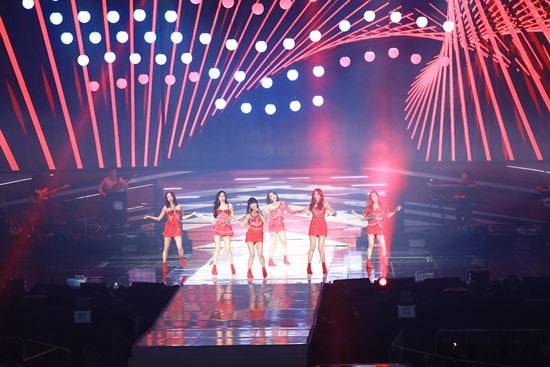 At the press conference held before the concert, the group talked about their upcoming comeback. They shared, “We’re excited to be promoting and making our comeback in January. We’re very happy to be spending the first week with our fans. Since we promote for one month, our fans have to wait 11 months. Our fans have been really waiting since 2014.”

Apink continued, “We wanted to show our fans a good side to us so we discussed with our agency and decided on a January comeback. We’ve got a lot of ambition. It’s our determination to show the infinite possibilities of Apink through this album.” 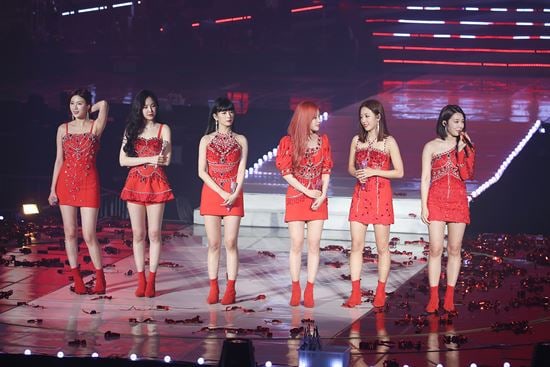 The group revealed the title track of their new album at their concert for the first time. Their latest title track will be continuing the innocent charisma concept they conveyed through their last release “I’m So Sick.”

On this concept, they commented, “We are going to promote our new album with innocent charisma. Innocence and charisma are complete opposites. But we pulled it off. Innocence was Apink in the very beginning. The charisma is what we’re going to show in the future. You can see it as something that the Apink members will have to achieve. We’re innocent, but we’re confident. That’s what we think innocent charisma is.” 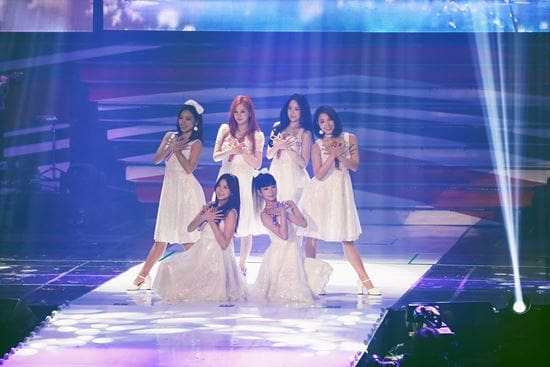 Apink then talked about their new title track “%%,” saying, “The title is a phrase we hope will be used normally [the Korean title translates to ‘Yup Yup’]. You put numbers in front of a percent sign. This is to signify the infinite possibilities of Apink.”

The group spoke further on how their concepts and musics were growing. They remarked, “It’s something we’re always thinking about. We wanted it to fit our age; as we got older we wanted our music to mature as well. We pondered over that time a lot. That’s also a reason why our album was delayed.” 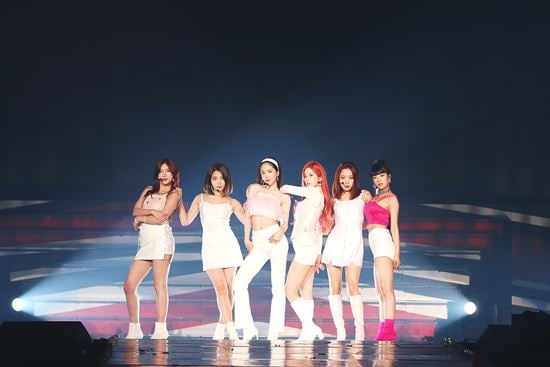 Using “I’m So Sick” as an example, they explained, “When ‘I’m So Sick’ was released, it was a time when we thought we needed change. Until then, we believe we did innocent concepts well. So we wanted to show things that fit with us in the future. We were worried and thought a lot about the change, but thankfully ‘I’m So Sick’ became a turning point. In terms of concept changes, we think that Apink is naturally doing well.”

Apink added, “If we had changed quicker, it could have been awkwardly received. Thankfully, we showed a sufficient amount of innocence and then showed maturity, so it was naturally acknowledged. In the future, our change is going to happen naturally. We won’t throw away what we’ve done so far, but we will gain experience, and show mature sides to the public. That’s what we think sets Apink apart.”

The group’s eight mini album “Percent” will be released on January 7.