On January 6, the reality show aired the final episode featuring the actor and his son.

“In order for me to act, which is my day job, we have decided to film ‘The Return of Superman’ for the last time,'” said Bong Tae Gyu.

On their way to Gangneung, the actor said to his son, “You and I went to many places together, but we won’t be able to for a little while.”

In his interview, Bong Tae Gyu explained, “It’s the last day of filming, so I wondered what it would be like if we went somewhere memorable. When my wife and I married, she was pregnant. The first place we went on a trip to was Gangneung. I thought that it would be memorable and chose to go there.”

The father and son began the day by eating delicious food at the market then headed to a temple in the mountains in search of a millstone that grants wishes. Bong Tae Gyu wished for the success of his next movie while Si Ha whispered, “Please let my family be healthy.” 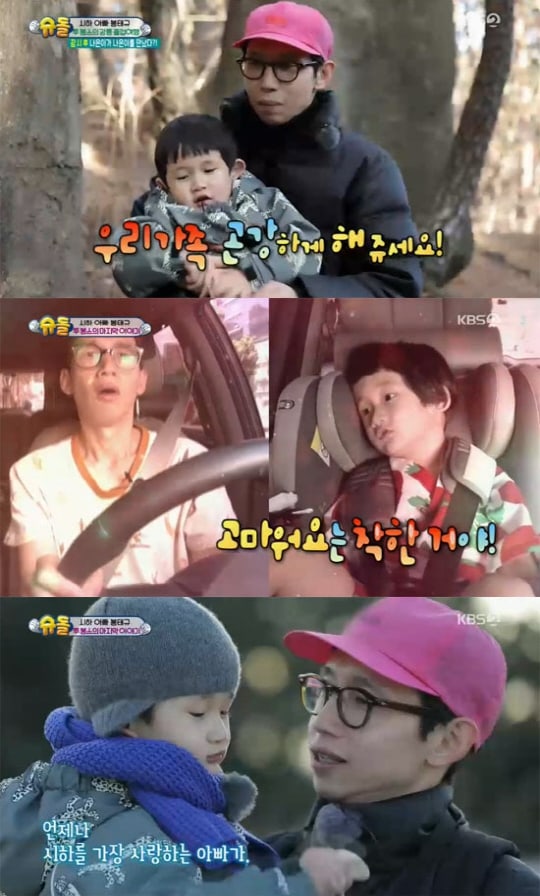 In a handwritten letter to Si Ha, Bong Tae Gyu wrote, “About the time you receive this letter, you’ll probably be about five years old. I’m looking forward to the days of being with five-year-old Si Ha. To be honest, when I was about your age, I didn’t have much time to spend with your grandfather. That’s why I didn’t know what kind of person a father is and how to treat a son, and so I always worried and studied.”

He continued, “As much as I’m lacking, I’ll forever work hard to be a good father. I now have to return to being dad and actor Bong Tae Gyu who acts, but to Si Ha, I always want to be remembered as the ‘cooking person’ for Si Ha. From Dad, who always loves you the most.”

The episode concluded with a final interview of Bong Tae Gyu and Si Ha. The actor said, “Everyone, I sincerely thank you for loving us so much.” He then told Si Ha, “Say goodbye!” but the child playfully shook his head. While waving to the camera, Si Ha said, “Let’s see each other again next time. I love you. Goodbye!” 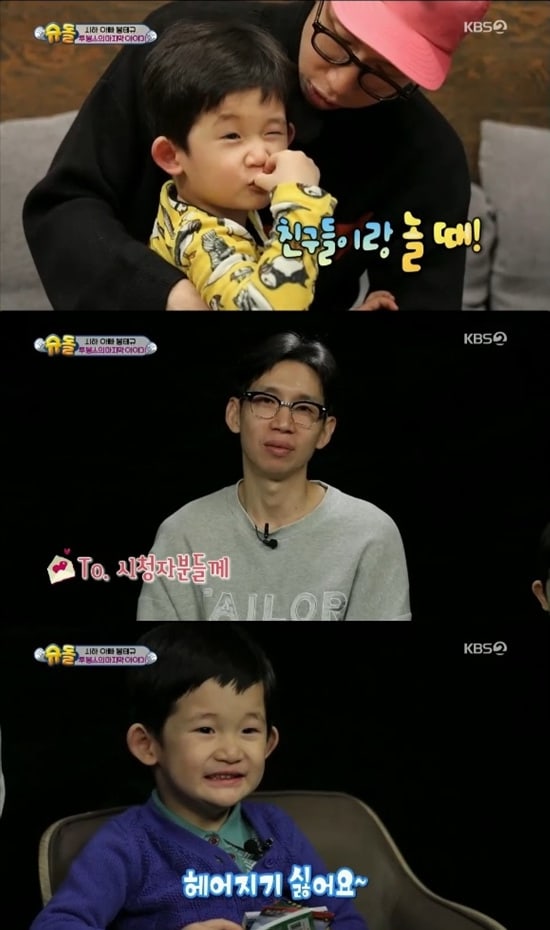 After the episode aired, Bong Tae Gyu shared photos of him with other cast members as well as of him and Si Ha.

He added hashtags, “The Return of Superman,” “Si Ha’s family,” and “Two Bong’s.”

The Return of Superman
Bong Tae Gyu
Si Ha
How does this article make you feel?