On the January 6 episode of KBS 2TV’s “The Return of Superman,” Park Joo Ho and his kids prepared to attend the 2018 KBS Entertainment Awards by getting their hair done at the salon.

During the episode, Son Naeun appeared and introduced herself to the family. “Hi Na Eun,” said the Apink member. “My name is Na Eun too.”

Na Eun smiled after hearing this and commented that they had the same name. Son Naeun also said hello to Gun Hoo, who showered her with cuteness. 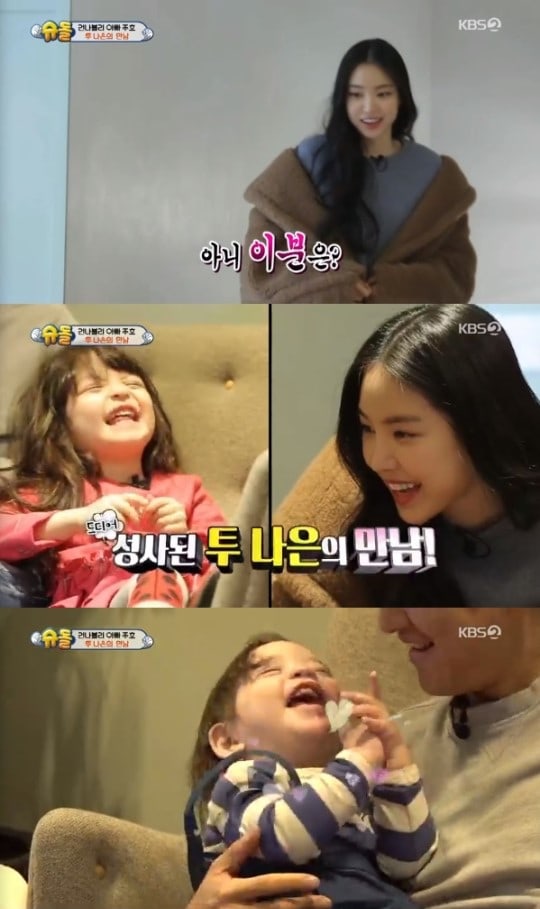 Gun Hoo lunged towards Son Naeun and sat on her lap. Startled by his son’s actions, Park Joo Ho said, “Gun Hoo, you’re usually shy.” When his sister grabbed his arm, Gun Hoo brushed her away and sat comfortably on the Apink member’s lap.

Son Naeun asked, “Do I seem like an older sister or an aunt?” and Na Eun made her laugh by answering, “An aunt.”

The three of them headed to a bakery where they ate dessert and hung out while Park Joo Ho got his hair done. Son Naeun fed Gun Hoo a bottle and held him in her arms as he took a nap. Na Eun poured out her toys and gave Son Naeun many gifts.

Son Naeun asked, “These are all gifts for me? What are you going to do if you give me all of them?” and Na Eun replied, “I’m giving them to you because you’re pretty.”

The two also had fun taking videos with fun filters and giggled the entire time while bonding together. 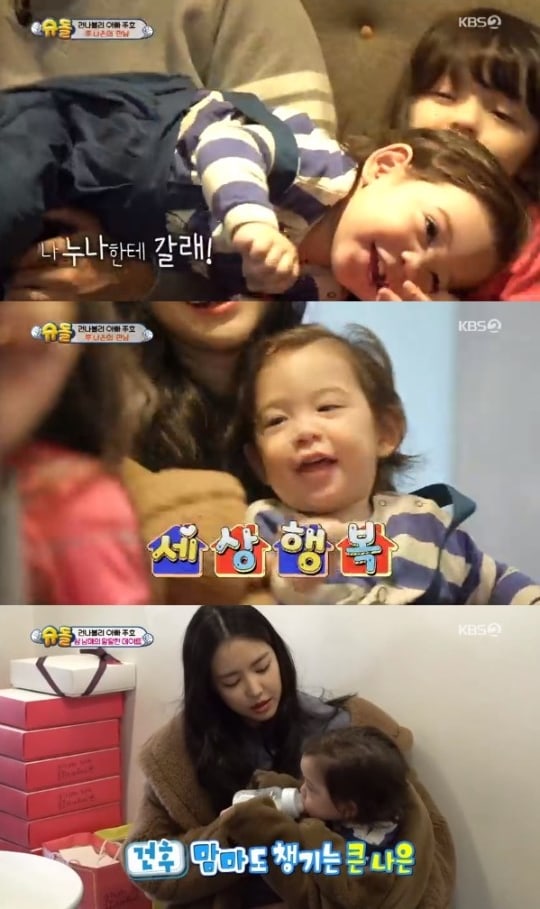 Watch Na Eun and Gun Hoo with Son Naeun on “The Return of Superman” below!

Apink
The Return of Superman
Son Naeun
Na Eun
Gun Hoo
How does this article make you feel?