tvN’s “Encounter” has revealed an exciting sneak peek of its upcoming episode!

In the newly released photos, Kim Jin Hyuk unexpectedly runs into Cha Soo Hyun’s father Cha Jong Hyun (played by Moon Sung Geun) in the lobby of the Donghwa Hotel. Although the encounter takes him by surprise, Kim Jin Hyuk appears calm and pulled-together as he offers Cha Jong Hyun a friendly handshake and a warm smile. Cha Jong Hyun responds with a small smile of his own, wearing an attentive gaze that clearly betrays his interest in his daughter’s new boyfriend.

The stills also show Nam Myung Shik (played by Go Chang Suk), who has always been an active and enthusiastic supporter of Kim Jin Hyuk and Cha Soo Hyun’s relationship, happily looking on as the two men meet for the first time. 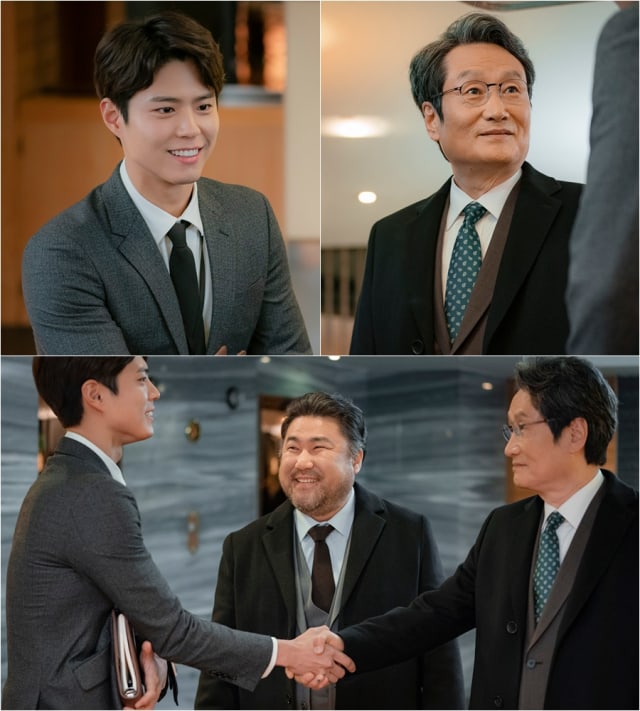