Gong Hyo Jin and Kim Rae Won will be reuniting for the first time in 16 years after MBC’s “Snowman” for the film “The Most Ordinary Romance” (literal title)!

“The Most Ordinary Romance” is produced by Zip Cinema, which filmed “The Priests” and “All About My Wife,” and has a stellar cast including Kang Ki Young, Jung Woong In, and Jang So Yeon. “The Most Ordinary Romance” is about Jae Hoon (played by Kim Rae Won), who can’t let go of his ex-girlfriend, and Sun Young (played by Gong Hyo Jin), who is in the process of a bad break-up with a boyfriend who has a grudge, and their troublesome love stories as characters who have been hurt by love.

After having taken on diverse characters with both manly and soft images in films such as “The Prison” and “Gangnam Blues” and dramas such as “Doctors” and “Black Knight,” Kim Rae Won will be returning to the romance genre after a long time. He will be playing the character of Jae Hoon, who is unable to recover from the shock of breaking up with his girlfriend even after one month. Jae Hoon frequently drinks to forget his pain, but whenever he sobers up, he is horrified to discover the countless phone calls he has left. Viewers have high expectations that Kim Rae Won will realistically portray the dark side of relationships which contain both love and pain.

Gong Hyo Jin will once again prove her title as the “romantic comedy queen” through the film “The Most Ordinary Romance.” The actress will take on the role of Sun Young, whose work life becomes twisted when her ex-boyfriend crashes her welcome party on her first day with a new job. With her trademark unique charm and detailed portrayal of emotions, she is expected to make her character very relatable. In particular, the two actors, who have reunited on set for the first time since “Snowman,” are expected to show realistic romantic chemistry on set with their matured acting skills. 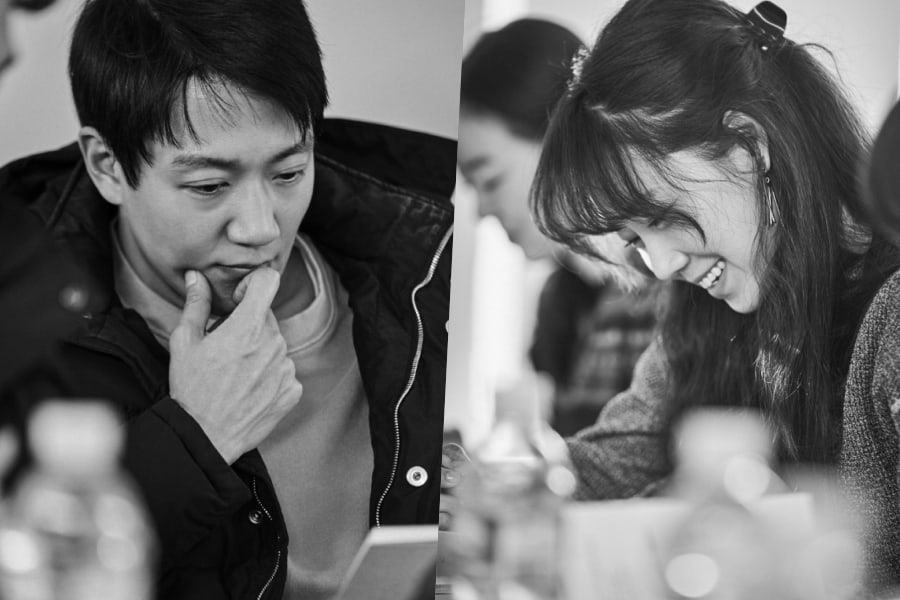 Furthermore, Kang Ki Young, who has showed off his acting skills in projects such as “What’s Wrong With Secretary Kim,” “Terius Behind Me,” and “On Your Wedding Day,” has taken on the role of Jae Hoon’s coworker Byung Cheol. Jung Woong In, who has been in countless projects on screen, will play the part of Gwan Soo, the head of Jae Hoon and Sun Young’s company. Finally, Jang So Yeon, who caught the attention of viewers through “Pretty Noona Who Buys Me Food,” completes the wonderful casting lineup by taking on the role of Mi Young, a character that is very familiar with what is going on at the company.

“The Most Ordinary Romance,” which has raised high expectations from Kim Rae Won and Gong Hyo Jin’s reunion as well as its lineup of actors with strong individuality, started filming on January 7 after finishing the script reading and opening ritual on December 27. Director Kim Han Gyeol, who will be making his commercial film debut, commented, “We will come to viewers with a refreshing and realistic romance story that anyone who has been hurt by love can relate to.”