Shin Sung Rok, Jang Nara, and Choi Jin Hyuk are full of giggles and jokes behind the scenes of “The Last Empress” in a new making-of video. 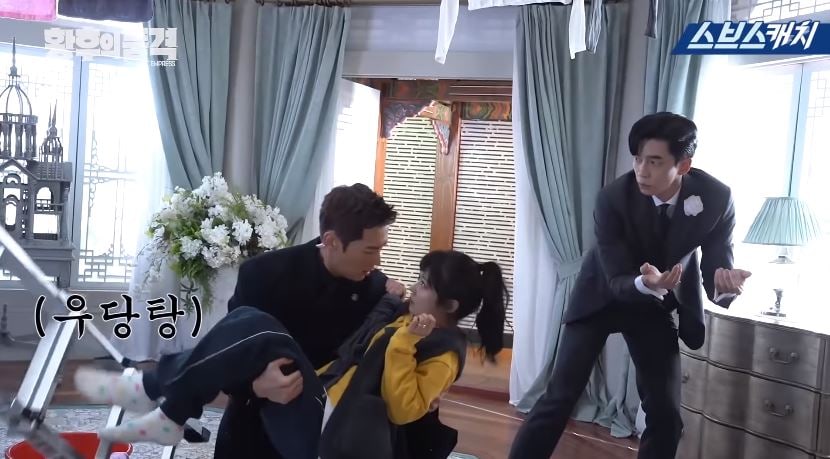 Although they are professionals about it, they end up having to do many takes due to incidents like the ladder falling, Shin Sung Rok knocking into a staff member, and Jang Nara being unable to hold in her laughter because of Shin Sung Rok’s expressions and poses. 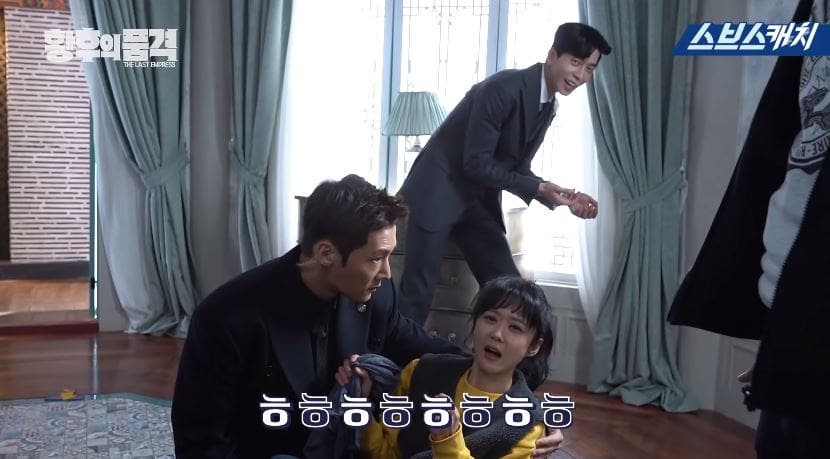 The next scene is one where Jang Nara makes a wrap for Choi Jin Hyuk, and Shin Sung Rok butts in between the two in jealousy. Jang Nara ends up doing multiple takes just filming her making a wrap and laughs in every single one. Choi Jin Hyuk jokes, “It’s going to take all day.” 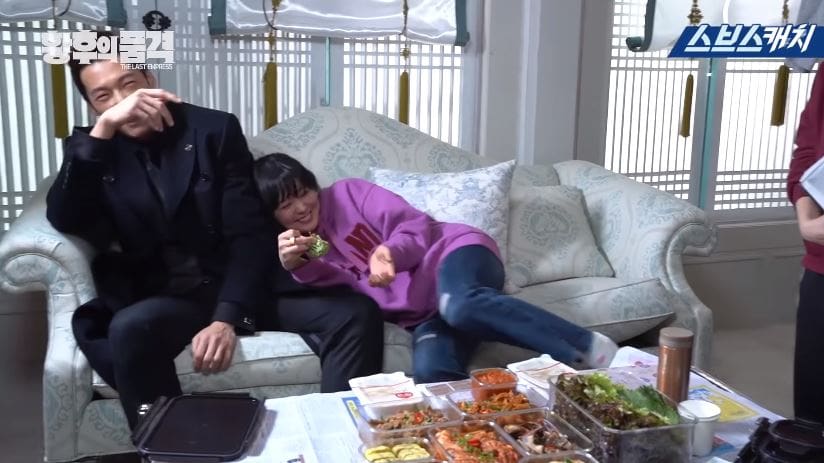 Shin Sung Rok then shoves his way in between the two, and asks an angry Oh Sunny to make him a wrap too. Though Jang Nara tries to maintain her annoyed expression, she bursts out laughing because of Shin Sung Rok’s adorable expression. Her character then retaliates and yells at him, and after the scene Shin Sung Rok jokes, “I think you have a worse temper than me. ” 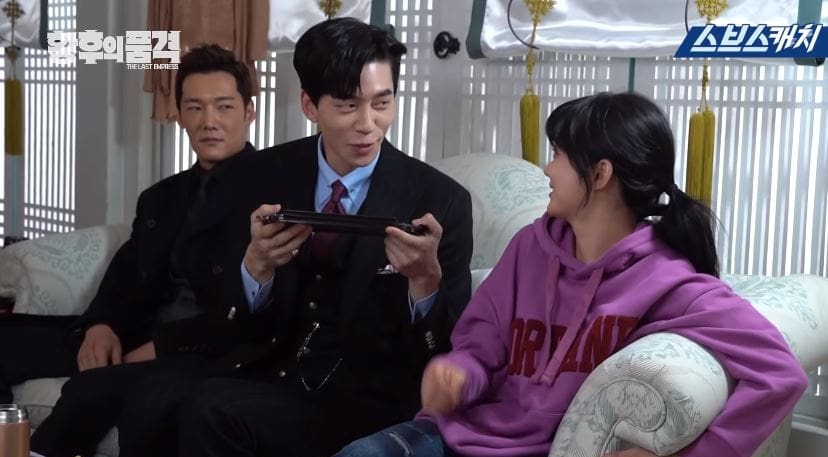 “The Last Empress” airs every Wednesday and Thursday at 10 p.m. KST.