Lee Elijah shared a behind-the-scenes story from the popular drama “The Last Empress”!

On the January 8 episode of SBS’s “Night of Real Entertainment,” Lee Elijah was asked about the scene in which her character Min Yu Ra was threatened with death by burial in cement, and Min Yu Ra got a taste of the torture when cement was poured on her.

“I really hated the cement,” Lee Elijah said with a laugh. “A big amount all came at once, and we had to do it in one take.” 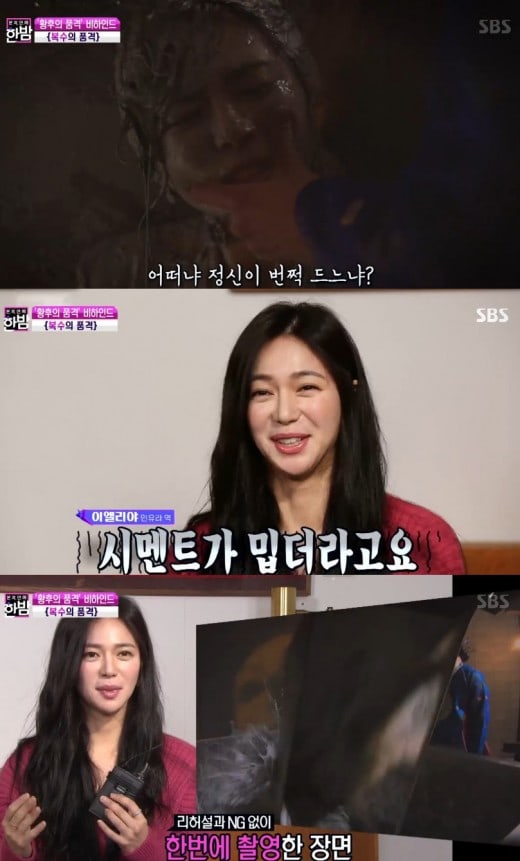 When asked if it was really cement used in the scene, she clarified, “It wasn’t really cement. It was a kind of paste.” The caption explained that it was made of almond flour, starch, ink, and water.

She also explained that in the script, it was originally planned that the scene would use water, but it seemed more dramatic to use cement.

Watch the latest episode of “The Last Empress” below!

Lee Elijah
The Last Empress
How does this article make you feel?